R.E.X. Records, also known as R.E.X. Music, was an independent record label founded by Doug Mann and Gavin Morkel, [2] which operated from 1987 until running into financial difficulty in 1995. [3] Operations were based in Chicago until 1990 when the company moved to Nashville. [4] The label was artistic in nature, and though they were especially active in the Christian metal genre some acts (such as Circle of Dust) were also marketed to mainstream audiences. [2] Sublabels included Storyville Records and Street Level Records, founded by Randy Stonehill. [5]

In Christian markets their records were distributed by the Diamante Music Group until 1995 when they switched to Light Distribution (see Light Records), by then a division of Platinum Entertainment. [5] In general markets they were distributed by RED. By 1996 R.E.X was experiencing layoffs and looking for a buyer. Platinum acquired the label in July 1996. [6]

In 1997 R.E.X. sued Platinum for breach of contract, asserting that Platinum had not properly distributed their product and had misrepresented their financial position in the buyout. [6]

Circle of Dust is an industrial music project from New York City created by Klayton, who later became known as Celldweller. The project was active from 1988 to 1998 and then re-started in 2015 after Klayton gained back ownership of his old albums. The project has released five studio albums: Circle of Dust (1992), Brainchild (1994), a re-recording of Circle of Dust (1995), Disengage (1998), and Machines of Our Disgrace (2016).

Tooth & Nail Records is a Christian rock record label founded by Brandon Ebel in California in November 1993. The label later moved to Seattle, Washington where it is situated today. It is home to many well-known musical acts, including Underoath, Hawk Nelson, Emery, The Almost, FM Static, Family Force 5, Anberlin, and MxPx.

Sonicflood is an American contemporary worship music band from Nashville, Tennessee, that has been touted as "The Fathers of the Modern Worship Movement." The group took the name "Sonicflood", a reference to a line in the Book of Revelation, chapter 19, verse 6.

5 Minute Walk was an independent record label founded by Frank Tate in April 1995. Operations were based in Concord, California in the back offices of The Screem, a music club operated by Tate. They only carried Christian bands and considered themselves to be a Christian ministry. Most records were produced by Masaki Liu at Masaki's One Way Studio and executive produced by Frank Tate.

Argyle Park was an underground industrial rock supergroup founded in New York City in 1994 and active until 1996. Members of the group reformed under the name AP2 in 1998, and were active under that name until winter 2000. Signed to Christian music labels, the band suffered repeated controversies within the Christian music scene for not being positive and evangelistic enough in its lyrics and outlook as well as for including contributions from non-Christian musicians. The project was named after an actual park in Babylon, Long Island, where the members of Argyle Park grew up together.

One Bad Pig is a Christian punk and metal crossover band from Austin, Texas, which formed in 1985. The Encyclopedia of Contemporary Christian Music describes them as "quite possibly the most popular hard-punk act ever to arise within the Christian music scene." They were known for their mischief and irreverence on stage, as reflected even in their reunion at Cornerstone in 2000.

DigHayZoose was a Christian funk and modern rock band from Kansas City, Missouri. The Encyclopedia of Contemporary Christian Music describes them as "One of the first Christian alternative rock bands of the 1990s". Their name, when spoken, is audibly similar to saying "Dig Jesus" in Spanish.

Frontline Records was a Christian rock record label, founded in 1986 by James Kempner in Santa Ana, California. The label focused primarily on modern rock, rap, dance-pop and hip-hop. The label closed in the early 1990s, and then resurfaced in 2010 to digitally re-release its music catalog.

Intense Records was an independent record label whose releases were mostly in the metal genre. Intense was bought out in 1989 by Frontline Records and became an imprint of that company. The bands in their roster were some of the premiere Christian metal bands of the 1990s. 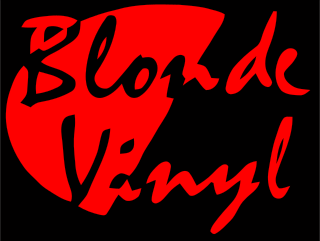 Blonde Vinyl was an independent record label founded in 1990 by Michael Knott. The Encyclopedia of Contemporary Christian Music describes the label as "one of Christian music's first true indie labels."

Credential Recordings is a pop and rock record label in Nashville, Tennessee. The label branched out after a distribution agreement with Lowercase People Records for Switchfoot singer Jon Foreman's solo EPs, which tend to be more folk-acoustic in style. They also have agreements with the label to release its Switchfoot and Fiction Family releases to the Christian market.

Idle Cure was an arena rock band from Long Beach, California. The Encyclopedia of Contemporary Christian Music calls their sound "the best example of cloning a sound for Christian markets", likening it to that of Def Leppard's Pyromania. They targeted a youthful audience, distinguished by overtly evangelical religious lyrics.

Christian ska is a form of Christian alternative rock, and subgenre of ska and ska punk which is lyrically oriented toward contemporary Christian music. Though ska did not constitute a genre within the Christian music industry until after third wave ska had peaked in the general market, Christian ska continued to thrive independently into the early 2000s.