Rabbittown is a Canadian television comedy film, which aired on CBC Television on January 3, 2006. [1] It aired alongside Cheap Draft , with This Space for Rent airing the following evening, as part of "Comedy Week", a project to test the potential audience for the three shows as pilot episodes. [2]

The program starred Adriana Maggs as Louanne and Sherry White as Odelette, frenemies who work together at a hair salon in the Rabbittown neighbourhood of St. John's, Newfoundland and Labrador. [2] The program's advertising tagline was "Happiness is being one step ahead of your best friend." [3]

Rabbittown had the highest ratings of the three pilots, [4] and was favourably reviewed by television critics, although none of the series was ultimately picked up. [5] The CBC had previously used the same strategy to launch the series Hatching, Matching and Dispatching and Getting Along Famously , although new programming chief Kirstine Layfield announced soon after joining the network that she was discontinuing the strategy. [5] 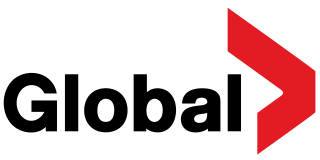 Kristin Laura Kreuk is a Canadian actress. Debuting on Canadian teen drama Edgemont, she became most known for her roles as Lana Lang in the superhero television series Smallville (2001–2011), also as Catherine Chandler-Keller in The CW sci-fi series Beauty & the Beast (2012–2016) and as Joanna Hanley in the CBC legal drama series Burden of Truth.

Made in Canada is a Canadian television comedy which aired on CBC Television from 1998 to 2003. Rick Mercer starred as Richard Strong, an ambitious and amoral television producer working for a company which makes bad television shows. A dark satire about the Canadian television industry the programme shifted into an episodic situation comedy format after its first season.

ZeD was a Canadian variety television program and website. The series premiered on CBC Television on March 18, 2002 and ran to 2006. Hosted primarily by Sharon Lewis and Ziya Tong, ZeD publicized creative works from Canada and other countries, including a substantial portion of material created by viewers and new artists. ZeD thus considered itself to be "open-source television."

CBC Radio 3 is a Canadian digital radio station programmed by the Canadian Broadcasting Corporation, which broadcasts on Sirius XM and via internet streaming. The audio stream is available from both CBC Music and from iTunes Radio, but geographical restrictions are in place to prevent access outside of Canada.

Nothing Too Good for a Cowboy is a Canadian television drama series, which aired on CBC Television from 1998 to 2000. The series was based on the memoirs of author and rancher Richmond P. Hobson, Jr., and set on a ranch in rural northern British Columbia.

Good Rockin' Tonite was a Canadian television series, which aired on CBC Television from 1983 to 1993. The program, similar to the American Friday Night Videos, played popular music videos, and also featured interviews with musicians, viewer contests and a countdown of the week's most popular singles and albums across Canada. Along with CBC's daily daytime music video program Video Hits, the programs represented the only options for Canadian viewers of the mid-1980s to see music video programming outside of cable TV.

This Space for Rent is a Canadian dramedy pilot which aired on CBC Television on January 4, 2006 as a television special. The show starred Dov Tiefenbach as Lucky Carroway, a recent university graduate and writer in Vancouver, British Columbia who finds that life after university is not as perfect as it might seem.

Dooley Gardens is a Canadian television sitcom, which aired on CBC Television in 1999.

Susan Kent is a Canadian actress. She is best known for her work as a cast member of CBC Television's This Hour Has 22 Minutes since joining in 2012. Kent had previously been a writer for, and an occasional performer on the program. She is also known for her portrayal of Susan in Trailer Park Boys since Season 11 (2017).

Pilot One is a Canadian television variety series, which aired in 1989 on CBC Television. A late-night series aimed at teenagers, the series mixed music, interviews, informational segments, commentary and comedy sketches.

Red Serge is a Canadian television comedy-drama series, which aired on CBC Television in 1986 and 1987.