Rank Xerox was formed in 1956 as a joint venture between the Xerox Corporation of United States (a.k.a. Haloid Photographic) and the Rank Organisation of the United Kingdom, to manufacture and market Xerox equipment initially in Europe and later in Africa and Asia. A further joint venture between Rank Xerox and Modi Group in India formed Modi Xerox (now Xerox India) to manufacture and sell Xerox equipment in the Indian subcontinent.

The initial joint venture was 50% Xerox and 50% Rank Organisation, but this changed after a few years to a 60/40 split. Later, Xerox bought a further share making the split 80/20, and in the late 1990s, completed the purchase, so Rank Xerox formally became Xerox.

In 1956 the Rank Organisation was looking for a product to sit alongside a small business it had making camera lenses. Thomas Law, who was the head of the business, found his answer in a scientific magazine he picked up by chance. He read about an invention that could produce copies of documents as good as the original. [1] Law tracked down the backers, an obscure photographic-supply company in Rochester, New York, named Haloid.

Haloid and Rank subsequently formed an affiliate called Rank Xerox (Rank put up £600,000 for a 50% stake in Rank Xerox). This arrangement paved the way for Xerox factories in Great Britain and a sales and distribution system that brought Xerox machines to the European market. As photocopying took the world by storm, so did Rank's profits. According to Graham Dowson, later Rank's chief executive, it was "a stroke of luck that turned out to be a touch of genius … If Tom Law had not seen that magazine, we would not have known about xerography – or at least not before it was too late." [2] In 1962, Rank Xerox also formed a joint marketing and manufacturing facility in Japan with The Fuji Photo Film Company and named Fuji Xerox.

In 1968, Rank Xerox under Nigel Foulkes, initiated a marketing concept to sell rather than rent their copying machines behind the Iron Curtain, by appointing Gordon S Planner as General Manager East Export Operations via a firm of head hunters. [3] Sales of machines increased rapidly to Eastern Europe and a unique marketing concept deployed in 1973 using a specially built and equipped train showcasing Rank Xerox copiers, it toured nine countries in Eastern Europe covering 30,000 miles and returned orders of over £3m. [4] Commissioning London based designer Cairnes Maltby, the latter came up firstly with a train unit comprising five carriages. These contained staff accommodations, a kitchen, overnight staff sleeping cabins and a demonstration salon and bar. Pulled by engines of the various countries of the Soviet Bloc, the train reached Russia and a welcome market. The following year Cairnes Design Associates produced the first of the Rank Xerox Showliners. A large, articulated, semi-trailer truck with motorised pull-outs, this allowed the road-legal trailer to extend to a fully functional showroom, complete with large picture windows and small kitchen. Unlike the train it was capable of reaching the small to medium size cities of the Soviet Bloc. Both train and truck avoided the problems that affected western firms trying to establish a presence in the East.

Later, in the UK, the mobile exhibition concept was taken to its ultimate conclusion. Following several truck based Showliners, a train and a converted bus, a huge mobile exhibition was conceived. This moved from town to town, like a circus, using sports halls and exhibition centres to present a vast, virtual, office of the future. Ralph Land CBE, was General Manager of Rank Xerox Eastern Europe Operations (1976–91).

During the 1980s the managing director Roland E. Magnin helped the company to become the international arm of Xerox Corporation. He then moved to the corporation's headquarters in Connecticut where he was responsible for the decentralization program of the company as one of its top directors.

Xerox Holdings Corporation is an American corporation that sells print and digital document products and services in more than 160 countries. Xerox is headquartered in Norwalk, Connecticut, though it is incorporated in New York with its largest population of employees based around Rochester, New York, the area in which the company was founded. The company purchased Affiliated Computer Services for $6.4 billion in early 2010. As a large developed company, it is consistently placed in the list of Fortune 500 companies.

Fujitsu Limited is a Japanese multinational information and communications technology equipment and services company, established in 1935 and headquartered in Tokyo. Fujitsu was the world's fourth-largest IT services provider by annual revenue, after IBM, Accenture and AWS, in 2018. The hardware offerings from Fujitsu are mainly of personal and enterprise computing products, including x86, SPARC and mainframe compatible server products, although the company and its subsidiaries also offer a diversity of products and services in the areas of data storage, telecommunications, advanced microelectronics, and air conditioning. It has approximately 132,138 employees and its products and services are available in over 100 countries. 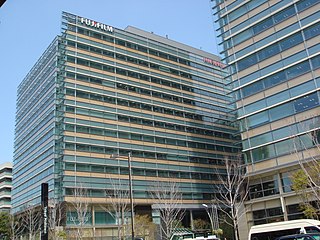 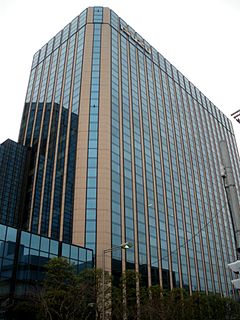 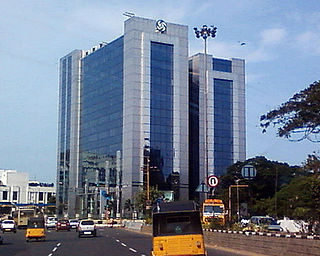 Fuji Xerox Co., Ltd. is a joint venture partnership between the Japanese photographic firm Fujifilm Holdings and the American document management company Xerox to develop, produce and sell xerographic and document-related products and services in the Asia-Pacific region. Its headquarters is in Midtown West in Tokyo Midtown, Akasaka, Minato, Tokyo, Japan. Fuji Xerox is the world's longest running joint venture between a Japanese and an American company.

Eicher MotorsLimited (EML) is an Indian manufacturer of motorcycles and commercial vehicles. Eicher is the parent company of Royal Enfield, a manufacturer of middleweight motorcycles. In addition to motorcycles, Eicher has a joint venture with Sweden's Volvo Trucks - Volvo Eicher Commercial Vehicles Limited (VECV).

Hino Motors, Ltd., commonly known as Hino, is a Japanese manufacturer of commercial vehicles and diesel engines headquartered in Hino, Tokyo. The company is the second leading manufacturer of trucks and engines after Isuzu trucks.

The Photostat machine, or Photostat, was an early projection photocopier created in the decade of the 1900s by the Commercial Camera Company, which became the Photostat Corporation. The "Photostat" name, which was originally a trademark of the company, became genericized, and was often used to refer to similar machines produced by the Rectigraph Company.

GAC Changfeng Motor Co Ltd is a Chinese automobile manufacturer wholly owned by GAC Group but which originated as a branch of the People's Liberation Army. Changfeng produced mainly light trucks, and as of 2008 the majority of their sales had been to the Chinese state.

Mitsubishi Caterpillar Forklifts, Inc. is a group of multinational companies that were formed under a joint venture between Mitsubishi Heavy Industries (MHI), Mitsubishi Corporation and Caterpillar Inc in order to manufacture and market trucks. MCFA leads the material handling industry as the manufacturer and distributor of Cat® Lift Trucks, Mitsubishi Forklift Trucks and Jungheinrich® warehouse products.

Robert W. Gundlach was an American physicist. He is most noted for his prolific contributions to the field of xerography, specifically the development of the modern photocopier. Gundlach helped transform the Haloid Company, a small photographic firm, into the thriving Xerox Corporation. Over the course of his 42 year career with the company, he contributed over 155 patents, making photocopying technology more affordable and practical. In 1966 Gundlach was named Xerox’s first Research Fellow, the highest non-managerial that could be achieved by a Xerox scientist. After his retirement in 1995, he was granted several patents associated with his hobbies, including a snow-making system and a special backpack. 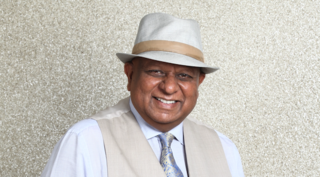 Bhupendra Kumar Modi is an Indian born Singaporean billionaire business leader, global wellness crusader and technopreneur. He is the founder-chairman of Smart Group of companies, the founder of Global Citizen Forum and the global chairman of the Foreign Investors India Forum. He is also the Honorary President of the World Federation of United Nations Associations.