Redbridge Forest Football Club was an English football club, founded in 1979 as Leytonstone & Ilford F.C., which in 1989 merged with Walthamstow Avenue and the following season adopted the name Redbridge Forest. In 1992 the club merged with Dagenham to form the present Dagenham & Redbridge.

They were somewhat successful in non-league football, while under the name Leytonstone & Ilford, they were crowned Isthmian League champions during 1981–82. The following season the club finished as runners-up in the same league. At the end of the season, they changed their name to Leytonstone/Ilford F.C..

Another merger was incorporated in 1988 when Walthamstow Avenue were incorporated. Initially there was no name change, and the club won the Isthmian League that season; they were due to be promoted to what is today known as the Conference National, but were denied due to ground problems, as the Green Pond Road ground at Walthamstow had already been sold to developers so was not worth upgrading. The club moved to Victoria Road, home of Dagenham F.C., but found the same problem as their ground too was now not up to Conference standard. Leytonstone & Ilford remained in the Isthmian League Premier Division.

Under the Redbridge Forest name

For the 1989 season, the name of the club was changed to Redbridge Forest, in preparation for a move to a new site bordering both Redbridge and Waltham Forest borders. However, the move to a new site collapsed and the club remained at Victoria Road. Incidentally, Dagenham and Redbridge Forest were both in the Isthmian League Premier Division for that season and the two matches between landlord and tenant saw 2–2 and 1–1 draws between the clubs, clubs that now play as one. Redbridge Forest won the Isthmian League in 1990–91 and with the ground now passing Conference regulations, the club were now allowed to move up to the Conference for the 1991–92 season.

Redbridge Forest were in the Conference for one year and achieved a seventh-place finish during the 1991–92 season. For the 1992–93 season, they merged with Dagenham (the club whose ground they were sharing) and became Dagenham & Redbridge. The new club reached the Football League at the end of the 2006–07 as Conference National champions, and won promotion to League One in 2010 via play-offs. 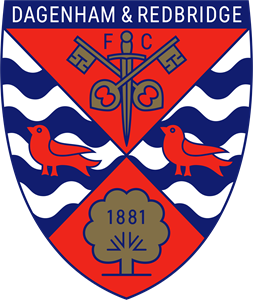 Dagenham & Redbridge Football Club is a professional association football club based in Dagenham, London, England. The team competes in the National League, the fifth tier of the English football league system. Often known simply as Dagenham and abbreviated when written to Dag & Red, they are nicknamed the Daggers. They play their home games at Victoria Road and contest East London derby games with Leyton Orient and West Ham United. 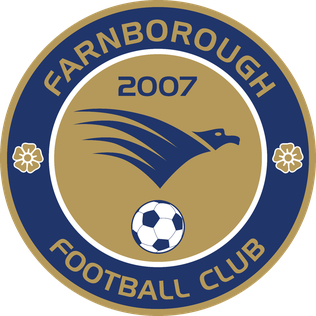 Redbridge Football Club is an English association football club based in Barkingside in the London Borough of Redbridge. Prior to July 2004 the club was known as Ford United F.C. The change of name was chosen to help associate the club within the local area and attract a larger support.

Ilford Football Club is a football club based in Ilford, East London, England. Affiliated to the Essex County Football Association, they are currently members of the Essex Senior League and play at the Cricklefield Stadium.

Walthamstow Avenue Football Club is an English football club based in Walthamstow in London. Based at Green Pond Road, they played in dark and light blue hooped shirts, and light blue shorts. The club was established in 1900, and were one of the most successful amateur clubs in the country during the 1950s. The club ceased to exist in 1988 when it merged into Leytonstone/Ilford, who later became Redbridge Forest and merged with Dagenham to form Dagenham and Redbridge. They have since been revived as an amateur football club, currently playing in the Sunday Essex Corinthian League.

Dagenham Football Club was an English football club based in Dagenham. Established in 1949, the club played at Victoria Road from 1955 until its merger with Redbridge Forest in 1992 to form Dagenham & Redbridge.

Barkingside Football Club is a football club based in Barkingside, Greater London, England. The club are currently members of the Eastern Counties League Division One South and groundshare with Ilford at the Cricklefield Stadium. 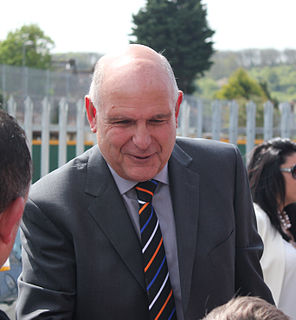 John Leonard Still is an English former footballer and manager.

Green Pond Road was a football stadium in Walthamstow, London and the home ground of Walthamstow Avenue until they merged with Leytonstone & Ilford to form Redbridge Forest, a precursor to Dagenham & Redbridge. The ground was often simply called 'The (Green) Pond'.

Woodford Town Football Club is a football club based in Woodford in the London Borough of Redbridge. They are currently members of the Essex Senior League and play at Ashton Playing Fields.

Joel Jonathan "Jon" Nouble is an English footballer who plays as a forward for Aldershot Town.

The 1987–88 season was the 73rd season of the Isthmian League, which is an English football competition featuring semi-professional and amateur clubs from London, East and South East England.

The 1988–89 season was the 74th season of the Isthmian League, which is an English football competition featuring semi-professional and amateur clubs from London, East and South East England.

The 1991–92 season was the 77th season of the Isthmian League, which is an English football competition featuring semi-professional and amateur clubs from London, East and South East England.