In type theory, a refinement type [1] [2] [3] is a type endowed with a predicate which is assumed to hold for any element of the refined type. Refinement types can express preconditions when used as function arguments or postconditions when used as return types: for instance, the type of a function which accepts natural numbers and returns natural numbers greater than 5 may be written as

The concept of refinement types was first introduced in Freeman and Pfenning's 1991 Refinement types for ML, [1] which presents a type system for a subset of Standard ML. The type system "preserves the decidability of ML's type inference" whilst still "allowing more errors to be detected at compile-time". In more recent times, refinement type systems have been developed for languages such as Haskell, [4] [5] TypeScript [6] and Scala.

CLU is a programming language created at the Massachusetts Institute of Technology (MIT) by Barbara Liskov and her students between 1974 and 1975. While it did not find extensive use, it introduced many features that are used widely now, and is seen as a step in the development of object-oriented programming (OOP).

In computer science, functional programming is a programming paradigm where programs are constructed by applying and composing functions. It is a declarative programming paradigm in which function definitions are trees of expressions that each return a value, rather than a sequence of imperative statements which change the state of the program.

In computing, an effect system is a formal system which describes the computational effects of computer programs, such as side effects. An effect system can be used to provide a compile-time check of the possible effects of the program.

ObjVlisp is a 1984 object-oriented extension of Vlisp–Vincennes LISP, a LISP dialect developed since 1971 at the University of Paris VIII – Vincennes. It is noteworthy as one of the earliest implementations of the concept of metaclasses, and in particular explicit metaclasses. In the ObjVlisp model, "each entity is an instance of a single class. Classes are instances of other classes, called metaclasses. This model allows for extension of the static part of OOL, i.e. the structural aspects of objects considered as implementation of abstract data types"

Refinement is a generic term of computer science that encompasses various approaches for producing correct computer programs and simplifying existing programs to enable their formal verification. 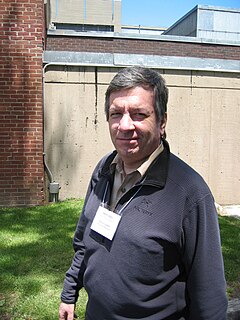 Luca Andrea Cardelli FRS is an Italian computer scientist who is a Research Professor at the University of Oxford in Oxford, UK. Cardelli is well known for his research in type theory and operational semantics. Among other contributions, he helped design Modula-3, implemented the first compiler for the (non-pure) functional programming language ML, and defined the concept of typeful programming. He helped develop the Polyphonic C# experimental programming language.

In computing, compiler correctness is the branch of computer science that deals with trying to show that a compiler behaves according to its language specification. Techniques include developing the compiler using formal methods and using rigorous testing on an existing compiler.

Hermes is a language for distributed programming that was developed at IBM's Thomas J. Watson Research Center from 1986 through 1992, with an open-source compiler and run-time system. Hermes' primary features included:

In computer science, polymorphic recursion refers to a recursive parametrically polymorphic function where the type parameter changes with each recursive invocation made, instead of staying constant. Type inference for polymorphic recursion is equivalent to semi-unification and therefore undecidable and requires the use of a semi-algorithm or programmer supplied type annotations.

In computer science, region-based memory management is a type of memory management in which each allocated object is assigned to a region. A region, also called a zone, arena, area, or memory context, is a collection of allocated objects that can be efficiently deallocated all at once. Like stack allocation, regions facilitate allocation and deallocation of memory with low overhead; but they are more flexible, allowing objects to live longer than the stack frame in which they were allocated. In typical implementations, all objects in a region are allocated in a single contiguous range of memory addresses, similarly to how stack frames are typically allocated.

Haskell is a general-purpose, statically typed, purely functional programming language with type inference and lazy evaluation. Developed to be suitable for teaching, research and industrial application, Haskell has pioneered a number of advanced programming language features such as type classes, which enable type-safe operator overloading. Haskell's main implementation is the Glasgow Haskell Compiler (GHC). It is named after logician Haskell Curry.

Tracing just-in-time compilation is a technique used by virtual machines to optimize the execution of a program at runtime. This is done by recording a linear sequence of frequently executed operations, compiling them to native machine code and executing them. This is opposed to traditional just-in-time (JIT) compilers that work on a per-method basis. 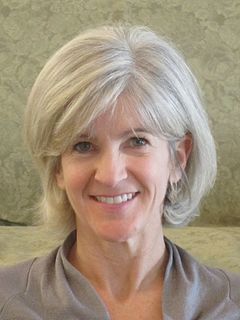 Kathryn S. McKinley is an American computer scientist noted for her research on compilers, runtime systems, and computer architecture. She is also known for her leadership in broadening participation in computing. McKinley was co-chair of CRA-W from 2011 to 2014.

Gradual typing is a type system in which some variables and expressions may be given types and the correctness of the typing is checked at compile time and some expressions may be left untyped and eventual type errors are reported at runtime. Gradual typing allows software developers to choose either type paradigm as appropriate, from within a single language. In many cases gradual typing is added to an existing dynamic language, creating a derived language allowing but not requiring static typing to be used. In some cases a language uses gradual typing from the start.

Liquid Haskell is a program verifier for Haskell which allows developers to specify correctness properties by using refinement types. Properties are verified using an SMTLIB2-compliant SMT solver, such as the Z3 Theorem Prover.