Richard McCallum (born August 22, 1954) is an American film producer. He is mostly known for his work on The Young Indiana Jones Chronicles as well as the Star Wars Special Editions and prequel trilogy. He is best known for his frequent collaborations with American filmmaker George Lucas, though he was also a long-time producer for British television playwright Dennis Potter.

McCallum's career as producer began with Pennies from Heaven (1981), the film version of the 1978 BBC TV drama, for director Herbert Ross and writer Dennis Potter. After the commercial failure of the film, Potter invited McCallum to go to work in England. [1] During the 1980s, McCallum's work with Potter included producing the films Dreamchild (1985), an unusual exploration by Potter of the creation of Alice's Adventures in Wonderland , which was nominated for two BAFTA awards, [2] and Track 29 directed by Nicolas Roeg; executive producing the landmark BBC-TV series The Singing Detective ; and in 1989 producing the Potter-directed TV series Blackeyes .

During the 1980s, McCallum also produced movies with filmmakers including David Hare ( Strapless ); Neil Simon ( I Ought to Be in Pictures ); Harvey Fierstein, whose HBO film Tidy Endings received two CableACE Awards; [3] and Nicolas Roeg's Castaway . McCallum also produced the music video for the Rolling Stones' "Undercover of the Night", directed by Julien Temple.

He first met George Lucas on the set of Dreamchild. [4]

Several years after their first meeting, Lucas was preparing his first weekly live-action television program, The Young Indiana Jones Chronicles , and turned to McCallum to produce the ambitious series, which was to be shot in 35 countries. With a unique perspective on the eventful early life of Indiana Jones – including its cinematic qualities, an emphasis on storytelling and characters, and an enticing promise of new adventures each week – McCallum attracted a stellar list of writers and actors to the creative ranks of the series. Among the directors with whom McCallum worked on the series were Bille August, Nicolas Roeg, David Hare, Mike Newell, Deepa Mehta, Terry Jones, Simon Wincer, and Carl Schultz. During its run, the Academy of Television Arts & Sciences honored Young Indiana Jones with 12 Emmy Awards from 27 nominations. [5] The series debuted on DVD in 2007, and McCallum served as executive producer on a series of 94 acclaimed documentaries that accompany the episodes and illuminate the real-life history behind their stories.

During production of Radioland Murders, Lucas confided to McCallum the plans for three new Star Wars movies. To test the nascent digital technology just then becoming available, McCallum produced revised versions of the original Star Wars film, [lower-alpha 1] The Empire Strikes Back , and Return of the Jedi – released in 1997 as the Special Editions.

Assembling the teams that worked both in front of and behind the cameras, McCallum produced the next three films, which Lucas wrote and directed: Star Wars: Episode I – The Phantom Menace (1999), Star Wars: Episode II – Attack of the Clones (2002) and Star Wars: Episode III – Revenge of the Sith (2005). The Star Wars prequels also ushered in a new era of digital filmmaking, and McCallum played a leading role in its development, overseeing a team of creative and technical professionals that developed and created the industry's first all-digital production pipeline.[ citation needed ] McCallum makes a cameo appearance in The Phantom Menace during the end celebration scene. [6]

McCallum was one of the producers of Red Tails , an action-adventure movie on which Lucas was executive producer, that pays tribute to the spirit of World War II's Tuskegee Airmen. The movie was released nationally in the U.S. on January 20, 2012.

Following Lucasfilm's announced acquisition by The Walt Disney Company, on October 31, 2012, ForceCast.net podcast Lucasfilm's Steve Sansweet stated that "Rick has retired from Lucasfilm". [7] He had been involved with a potential live-action series set within the Star Wars universe, [8] but the show was put on hold in 2010 due to budget concerns. [9]

After leaving Lucasfilm, McCallum settled in Prague in the Czech Republic. [10] His Prague-based company, Film United, develops film projects and provides production services for Czech and European feature films. [11] [12] Films that McCallum is developing include R'ha , a science fiction feature film based on an earlier short film, to be directed by Kaleb Lechowski and written by Matthew Graham; [11] In the Fog , a World War II film by Ukrainian director Sergei Loznitsa; [13] So Far So Good (Zatím dobrý), based on the novel by Jan Novák about the Mašín brothers; [10] [14] and (as executive producer) A Long Way Home, directed by Paki Smith and written by Alex Rose. [15] 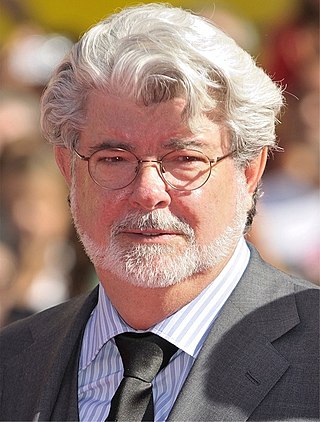 George Walton Lucas Jr. is an American filmmaker. Lucas is best known for creating the Star Wars and Indiana Jones franchises and founding Lucasfilm, LucasArts, Industrial Light & Magic and THX. He served as chairman of Lucasfilm before selling it to The Walt Disney Company in 2012. Lucas is one of history's most financially successful filmmakers and has been nominated for four Academy Awards. His films are among the 100 highest-grossing movies at the North American box office, adjusted for ticket-price inflation. Lucas is considered to be one of the most significant figures of the 20th-century New Hollywood movement, and a pioneer of the modern blockbuster.

Star Wars: Episode III – Revenge of the Sith is a 2005 American epic space opera film written and directed by George Lucas. It stars Ewan McGregor, Natalie Portman, Hayden Christensen, Ian McDiarmid, Samuel L. Jackson, Christopher Lee, Anthony Daniels, Kenny Baker and Frank Oz. The sequel to The Phantom Menace (1999) and Attack of the Clones (2002), it is the sixth film in the Star Wars film series, the final installment in the Star Wars prequel trilogy, and third chronological chapter of the "Skywalker Saga". 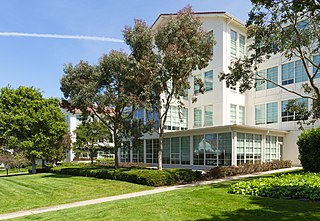 Lucasfilm Ltd. LLC is an American film and television production company and a subsidiary of Walt Disney Studios, which is a business segment of The Walt Disney Company. The studio is best known for creating and producing the Star Wars and Indiana Jones franchises, as well as its leadership in developing special effects, sound, and computer animation for films. Lucasfilm was founded by filmmaker George Lucas in 1971 in San Rafael, California; most of the company's operations were moved to San Francisco in 2005.

Industrial Light & Magic (ILM) is an American motion picture visual effects company that was founded on May 26, 1975 by George Lucas. It is a division of the film production company Lucasfilm, which Lucas founded, and was created when he began production on the original Star Wars, now the fourth episode of the Skywalker Saga. 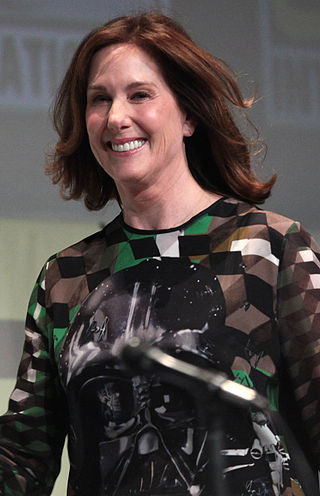 Kathleen Kennedy is an American film producer and president of Lucasfilm. In 1981, she co-founded the production company Amblin Entertainment with Steven Spielberg and her husband Frank Marshall.

The Young Indiana Jones Chronicles is an American television series that aired on ABC from March 4, 1992, to July 24, 1993. Filming took place in various locations around the world, with "Old Indy" bookend segments filmed in Wilmington, North Carolina and on the campus of the University of North Carolina at Wilmington. The series was a Lucasfilm/Amblin Television production in association with Paramount Network Television.

The Star Wars prequel trilogy, colloquially referred to as the prequels, is a series of epic space-opera films written and directed by George Lucas. It was produced by Lucasfilm Ltd. and distributed by 20th Century Fox. The trilogy was released from 1999 to 2005 and is set before the original Star Wars trilogy (1977–83), making it the first act of the Skywalker saga, despite being the second released. Lucas had planned a prequel trilogy before the release of the original film, but halted major Star Wars films beyond the original trilogy by 1981. When computer-generated imagery (CGI) had advanced to the level he wanted for the visual effects he wanted for subsequent films, Lucas revived plans for the prequels by the early 1990s. The trilogy marked Lucas's return to directing after a 22-year hiatus following the original Star Wars film in 1977, as well as a 16-year hiatus between the classic and prequel trilogies.

Indiana Jones is an American media franchise based on the adventures of Dr. Henry Walton "Indiana" Jones, Jr., a fictional professor of archaeology, that began in 1981 with the film Raiders of the Lost Ark. In 1984, a prequel, The Temple of Doom, was released, and in 1989, a sequel, The Last Crusade. A fourth film followed in 2008, titled The Kingdom of the Crystal Skull. A fifth film, titled The Dial of Destiny, is in production and is scheduled to be released in 2023. The series was created by George Lucas and stars Harrison Ford as Indiana Jones. The first four films were directed by Steven Spielberg, who worked closely with Lucas during their production. 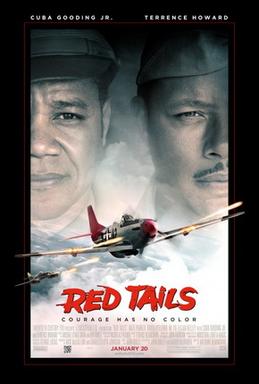 Red Tails is a 2012 American war film directed by Anthony Hemingway in his feature film directorial debut, and starring Terrence Howard and Cuba Gooding Jr. The film is about the Tuskegee Airmen, a group of African-American United States Army Air Forces (USAAF) servicemen during World War II. The characters in the film are fictional, although based on real individuals. The film was produced by Lucasfilm and released by 20th Century Fox, and would be the last film Lucasfilm released before being purchased by The Walt Disney Company nine months later. This was Cuba Gooding Jr.'s first theatrically released film in five years since his starring role in 2007's Daddy Day Camp.

George Lucas is an American film director, screenwriter, producer, editor, and entrepreneur. His most well known work includes both the Star Wars and Indiana Jones franchises. In addition to producing feature films, he has also created television series and written books. 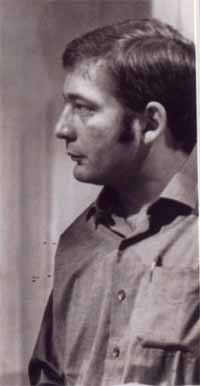 David Tomblin, OBE was a film and television producer, assistant director, and director.

Jonathan Hales is a British playwright and screenwriter. He is noted for his work with Lucasfilm, including The Young Indiana Jones Chronicles television series and Star Wars: Episode II – Attack of the Clones.

Indiana Jones and the Dial of Destiny is an upcoming American action adventure film starring Harrison Ford as archaeologist Indiana Jones in the fifth installment of the Indiana Jones film series, following Indiana Jones and the Kingdom of the Crystal Skull (2008). The film is directed by James Mangold, who co-wrote the script with Jez Butterworth and John-Henry Butterworth. It is the first film in the series not directed by Steven Spielberg nor with a story written by George Lucas, with Spielberg and Lucas serving as executive producers instead. It is also the first film in the series not to have the involvement of Paramount Pictures, as The Walt Disney Company acquired Lucasfilm in 2012. John Rhys-Davies reprises his role as Sallah, and new cast members include Phoebe Waller-Bridge, Antonio Banderas, Shaunette Renée Wilson, Thomas Kretschmann, Toby Jones, Boyd Holbrook, Olivier Richters, Ethann Isidore and Mads Mikkelsen.

Jonathan W. Rinzler was a film historian and writer, known for publishing books about the behind the scenes of blockbuster movies such as Star Wars and Indiana Jones. Rinzler also wrote the novel Indiana Jones and the Mystery of Mount Sinai, as well as All Up, about the Space Race.