The Robin Hood plan was a media nickname given to legislation enacted by the U.S. state of Texas in 1993 to provide court-mandated equitable school financing for all school districts in the state, in response to the Texas Supreme Court's ruling in Edgewood Independent School District v. Kirby.

Article 7 of the Texas Constitution states, in part, "it shall be the duty of the Legislature of the State to establish and make suitable provision for the support and maintenance of an efficient system of public free schools". [1] However, the state of Texas only dedicates $.0025 portion of the state sales tax and the net proceeds from the Texas Lottery, as well as earnings from the Permanent School Fund, to primary and secondary education.[ citation needed ] Otherwise, state funding is determined by the Texas Legislature.[ citation needed ] The primary source of education funding in Texas remains with the school districts' ability to assess property taxes.[ citation needed ]

In 1984, the Mexican American Legal Defense and Educational Fund filed suit against state Commissioner of Education William Kirby on behalf of the Edgewood Independent School District in San Antonio, citing discrimination against students in poor school districts. The plaintiffs charged that the state's methods of funding public schools violated the Texas state constitution, which required the state to provide an efficient public school system.

Passage came in 1993, after the Texas Supreme Court threw out two attempts by the Texas Legislature to write a constitutional school-finance system. The Legislature finally passed a funding plan that was accepted by the Court, in 1993.

The goal of the system was an attempt to prohibit wealthy districts from being able to raise revenue to provide benefits which poorer districts could not. Two provisions of the legislation would seek to implement this:

But 10 years later, the Robin Hood plan was in jeopardy again. In November, 2005, the Texas Supreme Court ruled that, since the vast majority of school districts were having to tax at the maximum maintenance-and-operations (M&O) tax rate of $1.50 per $100 of property valuation just to raise enough money to meet state mandates, the school-finance system was, in effect, a state property tax, which is prohibited by the Texas Constitution. The Texas Legislature, meeting in a special session in April and May, 2006, passed legislation that met the court's requirements that local districts have "meaningful discretion" in setting tax rates. A series of bills changed the school finance system to cut school M&O property taxes by one-third by 2008, but allowed local school boards to increase tax rates from the new, lower levels, although generally only with voter approval. Some of the local property tax revenue lost by the one-third cut will be replaced by state revenue from a new business tax and higher cigarette taxes. The Comptroller estimated a five-year $23 billion shortfall from the revised tax system. [2]

The Sixteenth Amendment to the United States Constitution allows Congress to levy an income tax without apportioning it among the states on the basis of population. It was passed by Congress in 1909 in response to the 1895 Supreme Court case of Pollock v. Farmers' Loan & Trust Co. The Sixteenth Amendment was ratified by the requisite number of states on February 3, 1913, and effectively overruled the Supreme Court's ruling in Pollock.

The Seventy-ninth Texas Legislature met from 11 January to 30 May 2005 in regular session, and in consecutive called sessions from 21 June to 20 July and 21 July to 19 August 2005. It met again in 2006 from 17 April to 16 May. Most of the members of the House of Representatives and 15 members of the Senate were elected in the 2004 general election; the other House members were elected in special elections held in 2006.

The Mexican American Legal Defense and Educational Fund (MALDEF) is a national non-profit civil rights organization formed in 1968 to protect the rights of Latinos in the United States. Founded in San Antonio, Texas, it is currently headquartered in Los Angeles, California and maintains regional offices in Sacramento, San Antonio, Chicago, and Washington, D.C.

At the 2004 and 2005 Town Meetings, the citizens of the ski resort community of Killington, Vermont, voted in favor of pursuing secession from Vermont and admission into the state of New Hampshire, which lies 25 miles (40 km) to the east. 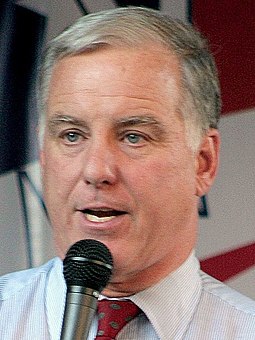 Act 60, known as "The Equal Educational Opportunity Act", was a Vermont law enacted in June 1997 by the Vermont legislature intended to achieve a fair balance of educational spending across school districts, independent of the degree of prosperity within each district. The law was in response to a Vermont Supreme Court decision in the Brigham vs. State of Vermont case, wherein the court ruled that Vermont’s then existing educational funding system was unconstitutional, because it allowed students in towns with higher total property values to receive a higher level of education funding per pupil than students in towns with lower property values. Act 60 was followed by Acts 68 and 130, which addressed some imbalances caused by Act 60.

The Connecticut Supreme Court issued its ruling in Horton v. Meskill on April 19, 1977. It held that the right to education in Connecticut is so basic and fundamental that any intrusion on the right must be strictly scrutinized. The Court said that public school students are entitled to equal enjoyment of the right to education, and a system of school financing that relied on local property tax revenues without regard to disparities in town wealth and that lacked significant equalizing state support was unconstitutional. It could not pass the test of strict judicial scrutiny. The Court also held that the creation of a constitutional system for education financing is a job for the legislature and not the courts.

DeRolph v. State is a landmark case in Ohio constitutional law in which the Supreme Court of Ohio ruled that the state's method for funding public education was unconstitutional. On March 24, 1997, the Supreme Court of Ohio ruled in a 4-3 decision that the state funding system "fails to provide for a thorough and efficient system of common schools," as required by the Ohio Constitution, and directed the state to find a remedy. The court would look at the case several times over the next 12 years before it relinquished jurisdiction, but the underlying problems with the school funding system remain to this day.

Land value taxation has a long history in the United States dating back from Physiocrat influence on Thomas Jefferson and Benjamin Franklin. It is most famously associated with Henry George and his book Progress and Poverty (1879), which argued that because the supply of land is fixed and its location value is created by communities and public works, the economic rent of land is the most logical source of public revenue. and which had considerable impact on turn-of-the-century reform movements in America and elsewhere. Every single state in the United States has some form of property tax on real estate and hence, in part, a tax on land value. However, Pennsylvania in particular has seen local attempts to rely more heavily on the taxation of land value.

Taxes in Indiana are almost entirely authorized at the state level, although the revenue is used to fund both local and state level government. The state of Indiana's income comes from four primary tax areas. Most state level income is from a sales tax of 7% and a flat state income tax of 3.23%. The state also collects an additional income tax for some counties. Local governments are funded by a property tax that is the sum of rates set by local boards, but the total rate must be approved by the Indiana General Assembly before it can be imposed. Residential property tax rates are capped at maximum of 1% of property value. Excise tax is the fourth form of taxation and is charged on motor vehicles, alcohol, tobacco, gasoline, and certain other forms of movable property; most of the proceeds are used to fund state and local roads and health programs. The Indiana Department of Revenue collects all taxes and pays them out to the appropriate agencies and municipalities. The Indiana Tax Court deals with all tax disputes issues, but decisions can be appealed to the Indiana Supreme Court.

Miller v. Korns (1923) is a significant legal case in the US state of Ohio. It was one of the first Ohio Supreme Court cases to challenge the Ohio State General Assembly's system of school financing.