Roger Agambire Agana , better known as Label, is a journalist from the Upper East Region of Ghana.

Agana nurtured an interest in digital journalism and later co-founded Modernghana.com in 2005. [1]

He took over the management of Spy Ghana in 2012 and later rebranded it as News Ghana. [2] Today it is Ghana’s most popular online news portal. [3]

Agana is a member of Penplusbytes (International Institute for ICT Journalism) Institute of Electrical and Electronics Engineers (IEEE), Association for Computing Machinery, IFEJ Ghana (Institute of Financial and Economic Journalists). [4] Scott Cameron Pelley is an American journalist and author who has been a correspondent and anchor for CBS News for more than 31 years. Pelley is the author of the 2019 book, Truth Worth Telling, and a correspondent for the CBS News magazine 60 Minutes. Pelley served as anchor and managing editor of the CBS Evening News from 2011 to 2017, a period in which the broadcast added more than a million and a half viewers, achieving its highest ratings in more than a decade. Pelley served as CBS News’s chief White House correspondent from 1997 to 1999.

Kwaku Addo Sakyi-Addo is a journalist from Ghana, who was the country correspondent for both Reuters and the BBC between 1993 and 2007. He currently hosts a political talk show on Asaase Radio in Accra. 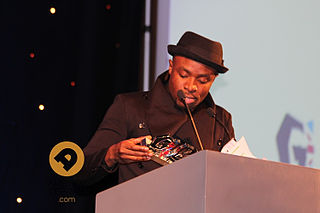 Nana Richard Abiona, better known by his stage name Fuse ODG, is a British-Ghanaian recording artist. He is best known for his singles "Antenna" and "Dangerous Love", and for featuring on Major Lazer's "Light It Up (Remix)".

Emmanuel J.K Arthur is a Ghanaian journalist who was awarded the Ghana Journalists Association Television News Reporter of the year in 2006. 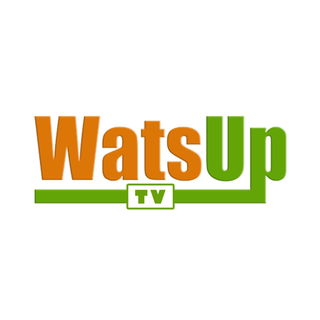 WatsUp TV is a 24 hour digital entertainment Television channel made for the Pan-African Bi-Lingual community and also aired on various television channels across Africa founded by Abd Traore.

The Vodafone Ghana Music Awards was established in 2000 by Mascot to celebrate Ghanaian musicians. The awards are presented annually, and are broadcast live on GH One. The awards ceremony features performances by artists. In 2020, the nominees jam which was scheduled for the 4th of April at the Koforidua Jackson Park was postponed. This was in compliance with the National Directives on Public Gathering due to the COVID-19 pandemic.

News Ghana is a Ghanaian independent news portal. Its one of the most visited in Ghana, with 200,000 average daily visits.

Kofi Amoa-Abban is a Ghanaian Oil and Gas entrepreneur, and philanthropist. He is best known as the founder and CEO of Rigworld Group, an oil services business with operations across West Africa.

Isaac Kaledzi is a Ghanaian entrepreneur, broadcast journalist, radio personality, and blogger who is the founder and CEO of Africa Feeds Media Limited, a Pan African media brand. He currently works for Deutsche Welle as their African Correspondent while being based in Ghana. He previously worked for the Ghanaian radio station Starr FM Ghana as an editor.

Sherif Abdul Majeed, known by his stage name Maccasio, is a Ghanaian Hip hop, Hiplife, and Afropop recording Artist and Entrepreneur. He is from the Kingdom of Dagbon, in the Northern Region of Ghana. Maccasio raps and sings in his native language Dagbani with the ability to mix it with terms in English and Twi. In other occasions in Tamale, he shared stages with artists Davido, Shatta Wale, Samini, Stonebwoy, and VVIP.

Jefferson Kwamina Sackey is a multiple award-winning Ghanaian journalist, Media Consultant, Film Maker, and PR Strategist. He is known for his quality presentation skills and command over international issues. He was the Media Relations Officer to the current President of Ghana Nana Akufo-Addo while he served as Ghana's Foreign Minister and also serves as his personal archivist. He worked as a news presenter of the Accra-based radio station Joy FM of the Multimedia Group Limited.

Pascal Amanfo is a Nigerian film director, based primarily in the Ghana film industry.

The Quint is an English and Hindi language Indian general news and opinion website founded by Raghav Bahl and Ritu Kapur after their exit from Network18. The publication's journalists have won three Ramnath Goenka Excellence in Journalism Awards and two Red Ink Awards. The Quint also operates WebQoof, a fact-checking initiative certified by the International Fact-Checking Network.

Mustapha Nii-okai Inusah, known professionally as Attractive Mustapha is a Ghanaian celebrity journalist, CEO of Attractive Media, Attractive Productions, and a communications and IT expert. Attractive Mustapha was the 2017 Entertainment Journalist of the Year and national organizer for the Arts and Tourism Writers Association of Ghana.