He set up Roagam Links in March 2001, then as a mobile phone repair outlet which expanded later to become the first indigenous information and communications technology manufacturing, assembling and training firm in Ghana. The Rlg Group is said to have presence in China, Dubai, UAE, Angola, Nigeria, Kenya and the Gambia, South Africa, Ghana, and Rwanda. [2]

Agambire was born in Sirigu in northern Ghana. He trained as a teacher and later studied at the Ghana Institute of Management and Public Administration, where he obtained a bachelor of science degree in business administration. [1]

Rlg Communications employs about 500 permanent staff, 1,000 others and has created jobs for over 30,000 youth [ according to whom? ] over the last decade through collaboration with the various key stakeholders and government. [3] His company's training subsidiary, the Rlg Institute of Technology implements similar schemes in Nigeria and the Gambia, working with the respective governments. [4]

Agambire is also the executive chairman of the AGAMS Holdings Limited [5] and is responsible for the overall strategic planning and management of the eleven integrated companies making up the Holdings. He has won several local and international recognitions and awards for innovation, entrepreneurship, commitment to growth and philanthropy.[ citation needed ]

In September 2012, he became the youngest person to be awarded the Chartered Institute of Marketing Ghana (CIMG) Marketing Man of the Year for 2011. [1] One of his products, a Rlg phone, was also adjudged product of the year 2011.

In the 2012 rankings of the Ghana Club 100, [6] Agambire's Rlg was ranked the second best company in Ghana by the Ghana Investment Promotion Centre. The company was also adjudged the Fastest Growing Company in Ghana, the Leader in Ghana's ICT Sector and the Best Entrant to the Club 100. The South Africa-based African Leadership Network named Roland among 12 finalists in the 2012 Africa Awards for Entrepreneurship same as Ernst and Young West Africa who named him among Finalists in the 2011 Entrepreneur of the Year Awards. In January 2013, the Pan African Television Network, E-TV voted him the Most Influential Ghanaian for the year 2012 in a poll it conducted among its viewers, [7] and later emerged as the Entrepreneur of the Year 2012 in a competition organised by the Entrepreneur Foundation of Ghana.

Agambire has addressed a number of high-profile international and local events including university congregations, business summits, awards ceremonies and conferences. He has been the guest of the World Bank Group as Resource Person for a Regional Workshop on Youth Employment in West Africa in the Nigerian capital, Abuja as well as the US Embassy in Ghana on Entrepreneurial Mentorship Program in Northern Ghana. He had previously addressed the 1st Africa Entrepreneurship Conference at the Robert Gordon University in Scotland, United Kingdom as well as the Africa Global Business Forum in Dubai.[ citation needed ]

Rlg currently has its Global Office in Dubai, making it one of few African companies to site its global hub in that part of the world. In 2013 he announced he was investing in Hope City, a US$10bn project for an IT hub near Accra, intended to contain Africa's tallest building. [8] After all the hype and media attention, Hope City remains a plan on paper and currently it is not being planned. [9] 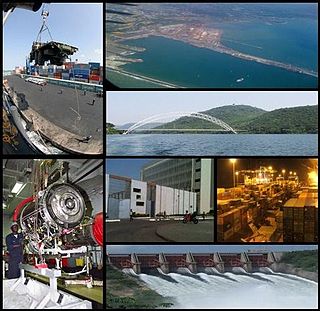 The economy of Ghana has a diverse and rich resource base, including the manufacturing and exportation of digital technology goods, automotive and ship construction and exportation, and the exportation of diverse and rich resources such as hydrocarbons and industrial minerals. These have given Ghana one of the highest GDP per capita in West Africa. Owing to a GDP rebasement, in 2011 Ghana became the fastest-growing economy in the world.

John Dramani Mahama is a Ghanaian politician who served as President of Ghana from 24 July 2012 to 7 January 2017. 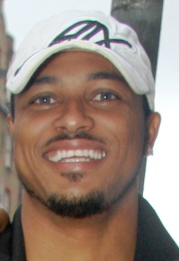 The use of new media in Ghana like elsewhere is growing. The Information and Communications Technologies (ICT) sector, which is based on a free market approach, has promoted new media use. Most popular aspects of new media to Ghanaians is the Internet, and its associated mobile and desktop applications for education, health, politics, business, publishing, governance and so on. Also popular is the use of mobile devices like smartphones and tablets and computers.

Rlg Communications was a Ghanaian ICT company with headquarters in Dubai-United Arab Emirates. It started with the incorporation of a company called Roagams Link Ghana Ltd now Rlg Communications (Ghana) Limited, as the leading Ghanaian computer and handset manufacturing company. The company is the first indigenous African company to assemble laptops, desktops and mobile phones and offer ICT training in computer and phone repairs. The company is modeled to generate mass, high-skilled employment for African youth and meet the rising demand for computers and other ICT devices.

HOPE City is a planned technology park to be built at Prampram, Greater Accra Region, Ghana. It is being undertaken by Rlg Communications. HOPE City is an acronym for Home, Office, People and Environment. The project is expected to be completed in three years and is estimated to cost $US 10 billion; one of its towers will become Africa's tallest building. The project is an initiative of Mr. Roland Agambire, Group Chairman of the AGAMS Group of Companies and CEO of Rlg Communications Ltd, in collaboration with the Government of Ghana, as part of the national development policy framework, turning Ghana into a knowledge-society and an active player in the global economy.

The Ghana Institute of Management and Public Administration (GIMPA) is a public co-educational university spread over four campuses and made up of six schools, ten research centers located at Greenhill in Accra, Ghana. The location of GIMPA, Greenhill, was named by Nicholas T. Clerk who served as the Rector of the Institute from 1977 to 1982. The name, "Greenhill", is a reference to the lush greenery and hilly topography of the main campus, as well as its location in Legon which was historically on the periphery of the Ghanaian capital, Accra. Together with 200 state institutions, GIMPA successfully participated in a Public Sector Reform Programme under the auspices of the World Bank and became a self-financing institution as part of the National Institutional Reform Programme in 2001. It was established as a public university by an Act of Parliament in 2004. The institute was established in 1961 by the Government of Ghana with assistance from the United Nations Special Fund Project and was initially called the Institute of Public Administration, intended as a specialist training graduate school for civil servants in Ghana. Today, GIMPA offers bachelor's, master's and executive master's degree programmes in business administration, entrepreneurship, law, public administration, development management, governance, leadership and technology.

Charles Nii Armah Mensah Jnr,, known professionally as Shatta Wale, is a Ghanaian singer, songwriter, actor and CEO of Shatta Movement Empire. He won Artiste of the Year at the 2014 Vodafone Ghana Music Awards for his best known single "Dancehall King", and has appeared in films such as Never Say Never, The trial of Shatta Wale, and Shattered Lives.

Aim Higher Africa or AHA is a nonprofit organisation operating out of Africa formed in January 2013. The organisation focuses on enriching the standard of education by incorporating the use of information and communications technology in the learning environment, and training and developing young entrepreneurs in Africa to help bridge the gap between poverty and prosperity.

Ethel Delali Cofie is a Ghanaian IT professional, entrepreneur and consultant. She is the founder of Women in Tech Africa.

Kofi Amoa-Abban is a Ghanaian Oil and Gas entrepreneur, and philanthropist. He is best known as the founder and CEO of Rigworld Group, an oil services business with operations across West Africa.

Daniel McKorley is a Ghanaian business magnate,founder and chief executive officer of McDan Group of Companies. He is a graduate of Business Management and has been a business entrepreneur for more than ten years. Mckorley was adjudged the Entrepreneur of the year - 2016 at the Ghana Aviation Awards.

Ekow Mensah is a Ghanaian social entrepreneur and speaker who is founder and CEO of The African Network of Entrepreneurs.

Joseph Kobla Wemakor is a Ghanaian freelance journalist, youth leader, Sustainable Development Goals advocate, a trained climate change proponent and human rights activist. He is also the Head of Media and Communications of the Ghana Chapter of the PLO Lumumba Foundation and the Public Relations Officer of the Greater Accra Regional Youth Network (GARYN). In the African Network of Young Leaders for Peace and Sustainable Development, he is the National Focus Person of the taskforce in Ghana. In line with his passion as a human rights advocate, he set up Human Rights Reporters Ghana. This is a non-governmental organization which seeks to end human rights abuse against women and children both within and out of Ghana.He has worked with the United Nations Information Centre, the United Nations Population Fund, and others.

Elijah Amoo Addo is a Ghanaian chef and food stylist who has become a social entrepreneur through his creation of Food for All Africa. Established in 2014, Food for All Africa is a nonprofit social enterprise that operates West Africa's first community food support centre. Based in the capital of Ghana, Accra, the organization uses advocacy and a food-sharing mobile phone app to feed thousands of vulnerable children through food recovery and redistribution. Working with local restaurants, supermarkets, food distribution companies, and rural small-hold farmers, Addo’s organization collects leftover food or unwanted food that is close to its use-by date and redistributes it to disadvantaged children in orphanages, hospitals and lower-income schools. The organization is also working on the national policy level to make it easier for suppliers to donate food and claim tax benefits. Additionally, after discovering that as much as 46% of the food produced on farms in Ghana goes to waste because of poor roads, broken-down trucks and inefficient marketing, Food for All Africa is collaborating with a range of stakeholders in the Ghanaian food industry to find ways to reduce food wastage.

Bernice Dapaah is a Ghanaian entrepreneur who is the founder and Chief Executive Officer of the Ghana Bamboo Bike Initiative in Kumasi. This Initiative addresses environmental degradation through the production of bicycles using environmentally friendly resources such as bamboo. She and her company, Ghana Bamboo Bike Initiative have won several awards. In 2016 and 2017 she was listed as one of WomanRising's 100 Most Outstanding Women Entrepreneurs in Ghana. Dapaah sits on the advisory board of the World Intellectual Property Organisation Green in Switzerland and is the founding curator of the Kumasi Hub of the Global Shapers. In addition, she is a member of the World Economic Forum Global Agenda Council on Biodiversity and Natural Capital.

Solomon Quainoo is a Ghanaian pilot. On 2 October 2018, he was the first Ghanaian to fly the world's biggest passenger aircraft, Emirates' Airbus A380 from Dubai to Accra.

Anne Amuzu is a Ghanaian computer scientist and the co-founder of the technology company, Nandimobile Limited.

GhanaWeb is Ghana’s first vertical portal, content curation and syndication website covering news, politics, business, sports, entertainment, opinions and general information about Ghana. It was launched by GhanaWeb B.V., a privately-owned Dutch company in 1999. It also offers background information, classifieds, radio stations and a social network for Ghanaians and the Diaspora. According to Alexa Top Sites rankings by country, GhanaWeb ranks third in Ghana and is very popular among Ghanaian migrants in the United States, United Kingdom, Germany, Canada, Italy, South Africa, Netherlands, France and many other countries.