The Roud Folk Song Index is a database of around 250,000 [1] references to nearly 25,000 songs collected from oral tradition in the English language from all over the world. It is compiled by Steve Roud, a former librarian in the London Borough of Croydon. [2] Roud's Index is a combination of the Broadside Index (printed sources before 1900) and a "field-recording index" compiled by Roud. It subsumes all the previous printed sources known to Francis James Child (the Child Ballads) and includes recordings from 1900 to 1975. Until early 2006 the index was available by a CD subscription; now it can be found online on the Vaughan Williams Memorial Library website, maintained by the English Folk Dance and Song Society (EFDSS). [3] A partial list is also available at List of folk songs by Roud number.

The primary function of the Roud Folk Song Index is as a research aid correlating versions of traditional English-language folk song lyrics independently documented over past centuries by many different collectors across (especially) the UK and North America. It is possible by searching the database, for example by title, by first line(s), or subject matter (or a combination of any of a dozen fields) to locate each of the often numerous variants of a particular song. Comprehensive details of those songs are then available, including details of the original collected source, and a reference to where to find the text (and possibly music) of the song within a published volume in the EFDSS archive.

A related index, the Roud Broadside Index, includes references to songs which appeared on broadsides and other cheap print publications, up to about 1920. In addition, there are many entries for music hall songs, pre-World War II radio performers' song folios, sheet music, etc. The index may be searched by title, first line etc. and the result includes details of the original imprint and where a copy may be located. The Roud number – "Roud num" – field may be used as a cross-reference to the Roud Folk Song Index itself in order to establish the traditional origin of the work.

The database is recognised as a "significant index" by the EFDSS [4] and was one of the first items to be published on its web site after the launch of the online version of the Vaughan Williams Memorial Library in 2006.

The purpose of the index is to give each song a unique identifier. The numbers were assigned on a more or less arbitrary basis, and are not intended to carry any significance in themselves. However, because of the practicalities of compiling the index (building on previously published sources) it is true as a general rule that older and better-known songs tend to occupy low numbers, while songs which are obscure have higher numbers.

Closely related songs are grouped under the same Roud number.

If a trusted authority gives the name of a song but not the words it is assigned Roud number 000.

The Index cross-references to the Child Ballad number, if one is available for the particular song in question. It also includes, where appropriate, the Laws number, a reference to a system of classification of folk songs, using one letter of the alphabet and up to two numeric digits, developed by George Malcolm Laws in the 1950s.

The index was compiled and is maintained by Steve Roud, formerly the Local Studies Librarian in the London Borough of Croydon. He was also Honorary Librarian of the Folklore Society.

He began it in around 1970 as a personal project, listing the source singer (if known), their locality, the date of noting the song, the publisher (book or recorded source), plus other fields, and crucially assigning a number to each song, including all variants (now known as the "Roud number") to overcome the problem of songs in which even the titles were not consistent across versions. The system initially used 3x5-inch filing cards in shoeboxes. [5] In 1993, Roud implemented his record system on a computer database, which he continues to expand and maintain and which is now hosted on the website of the Vaughan Williams Memorial Library. [6] [7]

In the past few years, the numbers have been widely accepted in academic circles.[ citation needed ]

James Madison Carpenter's collection has 6,200 transcriptions and 1,000 recorded cylinders made between 1927 and 1955. The index gives the title, first line and the name of the source singer. When appropriate, the Child number is given. It is still a largely unexploited resource, with none of the recordings easily available. [8]

The Cabinet of Folksongs (Dainu skapis) is a similar index of almost 218,000 Latvian folksong texts, created by Latvian scholar Krišjānis Barons at the end 19th century and beginning of the 20th century. [9]

The Essen folk song database is another collection that includes songs from non-English-speaking countries, particularly Germany and China. [10]

The Folk Song Index is a collaborative project between the Oberlin College Library and the folk music journal Sing Out! . It indexes traditional folk songs of the world, with an emphasis on English-language songs, and contains over 62,000 entries and over 2,400 anthologies. [11] Max Hunter's collection lists 1,600 songs, but each minor variant is given a distinct number. [12]

"Barbara Allen" is a traditional folk song once popular throughout the English speaking world. It tells how the eponymous character denies a dying man's love then dies of grief soon after his untimely death. The song began as a Scottish ballad in the seventeenth century before quickly spreading throughout the British Isles and later North America. Ethnomusicologists Steve Roud and Julia Bishop described it as "far and away the most widely collected song in the English language—equally popular in England, Scotland and Ireland, and with hundreds of versions collected over the years in North America." 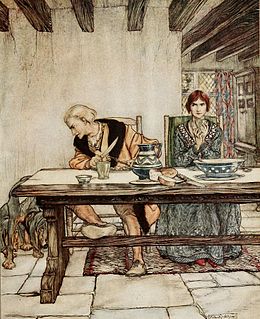 "Matty Groves", also known as "Little Musgrave and Lady Barnard" or "Little Musgrave", is a ballad probably originating in Northern England that describes an adulterous tryst between a young man and a noblewoman that is ended when the woman's husband discovers and kills them. It is listed as Child ballad number 81 and number 52 in the Roud Folk Song Index This song exists in many textual variants and has several variant names. The song dates to at least 1613, and under the title Little Musgrave and Lady Barnard is one of the Child ballads collected by 19th-century American scholar Francis James Child.

"The Wild Rover" is a popular English-language folk song. 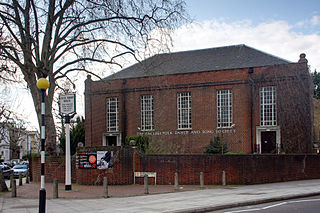 The Vaughan Williams Memorial Library (VWML) is the library and archive of the English Folk Dance and Song Society (EFDSS), located in the society's London headquarters, Cecil Sharp House. It is a multi-media library comprising books, periodicals, audio-visual materials, photographic images and sound recordings, as well as manuscripts, field notes, transcriptions etc. of a number of the most distinguished collectors of folk music and dance traditions in the British Isles. According to A Dictionary of English Folklore, "... by a gradual process of professionalization the VWML has become the most important concentration of material on traditional song, dance, and music in the country." It is named after Ralph Vaughan Williams, the composer, collector and past president of the EFDSS, who died in 1958.

"The Twa Sisters" is a traditional murder ballad, dating at least as far back as the mid seventeenth century. The song recounts the tale of a girl drowned by her jealous sister. At least 21 English variants exist under several names, including "Minnorie" or "Binnorie", "The Cruel Sister", "The Wind and Rain", "Dreadful Wind and Rain", "Two Sisters", "The Bonny Swans" and the "Bonnie Bows of London". The ballad was collected by renowned folklorist Francis J. Child and is also listed in the Roud Folk Song Index. Whilst the song is thought to originate somewhere around England or Scotland, extremely similar songs have been found throughout Europe, particularly in Scandinavia.

"The Maid Freed from the Gallows" is one of many titles of a centuries-old folk song about a condemned maiden pleading for someone to buy her freedom from the executioner. In the collection of ballads compiled by Francis James Child in the late 19th century, it is indexed as Child Ballad number 95; 11 variants, some fragmentary, are indexed as 95A to 95K. The Roud Folk Song Index identifies it as number 144. 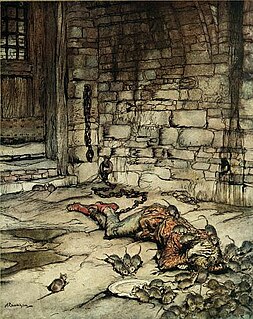 "Young Beichan" is a ballad, which with a number of variants and names such as "Lord Baker", "Lord Bateman", and "Young Bekie", was collected by Francis James Child in the late 19th century, and is included in the Child ballads as number 53. 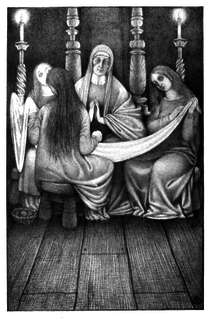 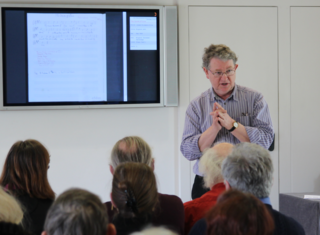 Steve Roud is the creator of the Roud Folk Song Index and an expert on folklore and superstition. He was formerly Local Studies Librarian for the London Borough of Croydon and Honorary Librarian of the Folklore Society.

"The Knight and the Shepherd’s Daughter" is an English ballad, collected by Francis James Child as Child Ballad 110 and listed as number 67 in the Roud Folk Song Index.

"The Cruel Brother" is a folk song.

"Edward" is a traditional murder ballad existing in several variants, categorised by Francis James Child as Child Ballad number 13 and listed as number 200 in the Roud Folk Song Index. The ballad, which is at least 250 years old, has been documented and recorded numerous times across the English speaking world into the twentieth century.

"The Twa Brothers" is Child ballad 49, Roud 38. existing in many variants.

"The Bramble Briar", "The Merchant's Daughter" or "In Bruton Town" is a traditional English folk murder ballad that tells the story of how two brothers murder a servant who is courting their sister. There are many versions of the song going by a number of different titles.

"The Farmer's Boy" is a traditional English folk song or ballad, listed as number 408 in the Roud Folk Song Index. It has been arranged as a military march.