Secretary of State for Employment

Secretary of State for Employment and Productivity (1968–1970)

The Department for Education and Skills (DfES) was a United Kingdom government department between 2001 and 2007, responsible for the education system as well as children's services in England.

Stephen Creswell Timms is a British Labour Party politician who has been the Member of Parliament (MP) for East Ham since 1997. He has sat in Parliament since retaining the earlier Newham North East seat for his party at a 1994 by-election. Timms served in the government for several periods as the Financial Secretary to the Treasury, from 1999 to 2001, 2004 to 2005, and 2008 to 2010.

Michael George Bichard, Baron Bichard, KCB, is a former public servant in the United Kingdom, first in local and then as a civil servant in central government. He was Director of the Institute for Government, currently serves as one of its first fellows, and was Chair of the Design Council. He was a created a crossbench life peer on 24 March 2010. He is an advisor to The Key Support Services Limited, which provide leadership and management support to school leaders and governors. He became Chair of the Social Care Institute for Excellence (SCIE) in 2013.

The Department for Work and Pensions (DWP) is a British government department responsible for welfare and pension policy. It is the largest governmental department in terms of employees and budget. 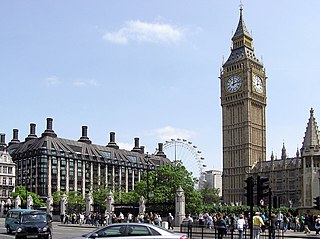 Sir Leigh Warren Lewis KCB is a retired senior British civil servant, who served as the Permanent Secretary for the British Department for Work and Pensions from 2006-2011. 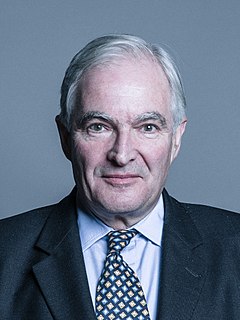 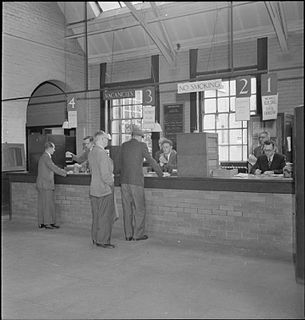 The Ministry of Labour was a British government department established by the New Ministries and Secretaries Act 1916. It later morphed into the Department of Employment. Most of its functions are now performed by the Department for Work and Pensions.

Paul Richard Charles Gray, CB is a former British civil servant who was Chairman of HM Revenue & Customs until he resigned on 20 November 2007.

The Minister of State for Disabled People, Work and Health is a junior minister in the Department for Work and Pensions of the United Kingdom government, with responsibility for disabled people.