Shameer Muhammed is an Indian film editor and producer predominantly working in Malayalam and Tamil cinema. He was an alumnus of Chethana Media Institute, Thrissur. [1] He worked as a spot editor in several movies and his debut as an independent editor was Charlie [1]

Muhammed started his career as an editor for ad films and albums. Then he moved to Tamil film industry and have worked as an assistant to award winning film editor late Kishor Te. [2] He started working in Malayalam film industry as a spot editor of the Grandmaster movie, directed by B. Unnikrishnan. He have worked as spot editor for movies like Nee Ko Nja Cha, Jawan Of Vellimala, I Love Me, Kalimannu, Memories , Balyakalasakhi, Salaam Kashmir, Ennu Ninte Moideen. He had done the editing of the fight sequences of Gabbar is back, Valiyavan, Sandamarutham and Singam 3.He also edited ads of several multi national brands and done more than 15 trailers. [3]

He turned independent with film Charlie, directed by Martin Prakkat, which won 7 state awards in 2016. [4] [5]

Muhammed married Reshma and the couple have two children. The family is currently staying along with his mother, Shereefa in Vyttila, Kochi [6] 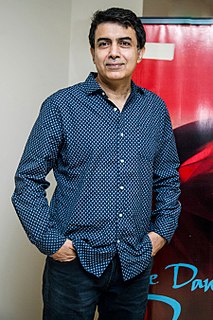 Rajiv Menon is an Indian filmmaker who has worked as a director and cinematographer in several Indian regional film industries. After making his breakthrough as a film cinematographer with Mani Ratnam's drama Bombay (1994), Menon has continued to collaborate with Ratnam on other projects including Guru (2007) and Kadal (2013). He has also directed 2 critically acclaimed Tamil films, Minsara Kanavu (1997) and Kandukondain Kandukondain (2000), winning a Filmfare Award for the latter. After a sabbatical, Menon returned to directing with Sarvam Thaala Mayam. 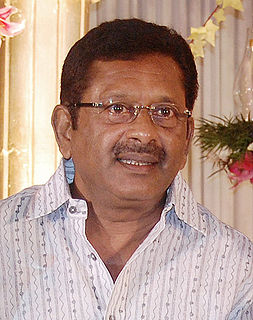 Sunil Kumar, known by his stage name Narain, is an Indian film actor, who has starred in Malayalam and Tamil films. He made his debut in Adoor Gopalakrishnan's Nizhalkuthu (2002), followed by performances in Malayalam films 4 the People (2004), Achuvinte Amma (2005), and Classmates (2006). Narain's Tamil debut was in Mysskin's Chithiram Pesuthadi (2006).

T. G. Vinayakumar, better known by his stage name Vinayan is an Indian film director, screenwriter, producer, and lyricist, who works predominantly in Malayalam cinema and occasionally in Tamil cinema. 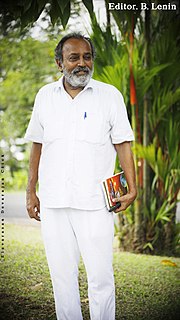 B. Lenin is an Indian film editor, writer and director who works in Tamil, Malayalam and Hindi films. The son of Tamil film maker A. Bhimsingh, Lenin entered the film industry as an assistant editor and went on to work in numerous projects before making his debut as an independent editor with J. Mahendran's Uthiripookkal (1979). In the mid 1980s, Lenin started jointly working with his long-time assistant V. T. Vijayan and the duo has so far edited over a hundred films in Tamil, Malayalam, Kannada, Telugu and Hindi films, apart from an English film, Eli My Friend.

G. Dhananjayan is an Indian film producer, two-time National Award Winner, columnist, author of four books, founder-dean of BOFTA Film Institute. He was instrumental in producing a number of films in Tamil, Telugu, Malayalam and Hindi languages. Dhananjayan received the 'Doctor of Philosophy Degree' (Ph.D) for his thesis on Indian Film Industry in March 2019. 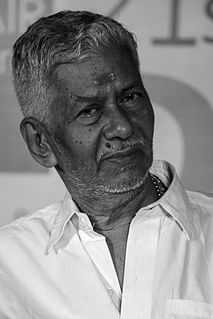 S. Ramesan Nair is an Indian poet and lyricist. He has written lyrics for more than 450 songs for the Malayalam film industry, from 1985 onwards. He is a recipient of the Sahitya Akademi Award. 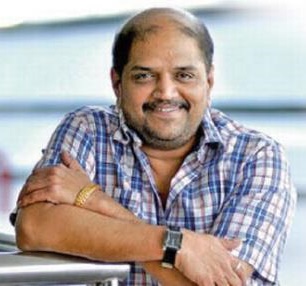 Vidyasagar is an Indian composer, musician and singer who works predominantly in the Malayalam, Telugu,and Tamil film industries. He is best known for his melodies and is nicknamed “The Melody King”. After working with several composers as assistant and conductor, Vidyasagar made his debut as a film composer in the 1989 Tamil film Poomanam. Working for over 225 feature films, he is the recipient of the National Award and five Filmfare Awards.

K. T. Kunjumon is an Indian film producer and writer, active in Tamil and Malayalam films. He began his career co-producing several Malayalam films, often working with director P. G. Viswambharan. Among his Tamil film project with [Director Pavithran] Pavithran's Suriyan as Sarathkumar's first solo hero' and it was first major successful venture for producer K.T. Kunjumon and his Second venture of Shankar's first movie Gentleman as made major success and set several records for Tamil film production. His subsequent films, Kaadhalan (1994) and Kadhal Desam (1996) were also successful, while Ratchagan (1997) became the most expensive Tamil film ever made on release.

Jomon T. John is an Indian cinematographer and producer who works predominantly in Malayalam cinema. Jomon made his debut with Chaappa Kurishu (2011). His well-known films include Beautiful (2011), Thattathin Marayathu (2012), Ayalum Njanum Thammil (2012), Vikramadithyan (2014), Ennu Ninte Moideen (2015), Charlie (2015), Jacobinte Swargarajyam (2016), and Thanneer Mathan Dinangal (2019). He also worked on Hindi films such as Golmaal Again (2017), Simmba (2018), and Sooryavanshi (2020). Jomon made his debut as a producer by co-producing the film Thanneer Mathan Dinangal. Jomon is also one among the members of the Indian Society of Cinematographers

V J Sabu Joseph is a film editor working in the Tamil Film Industry. His work on Vallinam brought him the National Film Award for Best Editing in the year 2013–2014.

Raja Mohammad is an Indian film editor, who works in the Malayalam and Tamil film industries.

Don Max is an Indian film director and editor, who works mainly in Malayalam cinema along with Tamil and Telugu language films. He is considered one of the leading contemporary film editors in the Malayalam film industry, and has introduced several new editing techniques into the regional films.

K. Sankunni was an Indian film editor who worked predominantly in Malayalam film industry. He has edited around 300 films. He edited mostly Malayalam films and also have some credits in Tamil, Telugu, Kannada, and Hindi films as well. Sankunni won the Kerala State Film Award for Best Editor in 1988.

N. B. Srikanth is an Indian film editor, working primarily in the Tamil film industry. He worked along with Praveen K. L. in various successful films. They both won Tamil Nadu State Film Award for Best Editor in 2008 for the film Saroja. He also won the National Film Award for Best Editing for the film Aaranya Kaandam. He assisted national award winner A. Sreekar Prasad. 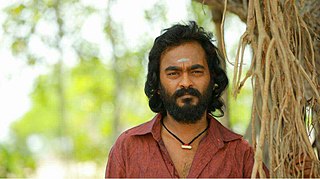 Sarath Kumar, better known by his stage name Appani Sarath, is an Indian film actor who appears in Malayalam and Tamil films.

Sivaram Mony, credited as Sivaram, Mony, and Smony, is an Indian feature film director and editor who works in Malayalam and Tamil cinema. He was identified by G.Suresh Kumar & Menaka who are prominent Malayalam producers who produces film under the banner of Revathy Kalamandhir. He made his directorial debut in Matchbox produced by Revathy Kalamandir. He is currently working as a director, editor and a writer in the film Thi.Mi.Ram. Started off as a short film maker in 2006 he has done several short films and bagged several awards in short film industry to his honor. 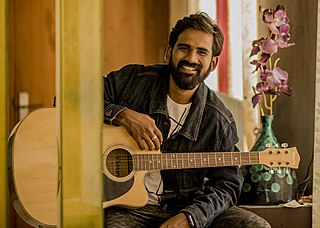