Ship of Destiny is a book by American writer Robin Hobb, the third and last in her Liveship Traders Trilogy .

Ship of Destiny continues where The Mad Ship left off and reveals some of the secrets that were hinted at in the first book and second books.

Bingtown lies smoldering, the strata of its citizens as embattled with one another as they are against the invading Chalcedeans. Ronica Vestrit, the matriarch of a once-proud Trader family, finds herself destitute and labeled a traitor. She is the last of her line in the fiercely independent port city, and with nothing to lose but her life, resolves to remove the blight from the Vestrit name. As battles rage and infighting eats away at the heart of Bingtown, Ronica desperately tries to bring Old and New Traders, Three Ships folk and the ex-slave Tattooed together to save their city and themselves from being apportioned out to the greedy outsiders intent on destroying and looting their livelihoods.

While Ronica's headstrong younger daughter Althea sails on the mad liveship Paragon in hopes of retrieving the family liveship, Vivacia, from the would-be pirate king Kennit, the other Vestrits find themselves in equally untenable positions. Althea's sister Keffria, still grieving over the disappearance of her seafaring husband and their eldest son, now mourns the apparent death of her daughter Malta, last seen in the bowels of a huge underground city as a massive earthquake struck the strange and wonderful Rain Wilds. With the sudden emergence from the ruined subterranean city of a single legendary dragon, Malta's betrothed, the native Rain Wilder Reyn, dares hope that he might yet find his love alive. The haughty Tintaglia, an arrogant and magnificent creature, has only one goal, and only one use for the otherwise insignificant humans: to keep her kind from extinction.

Malta is alive, but damaged — a wound to her head is bearing for fruit a disfiguring scar. Her beauty suddenly taken from her, the difficult girl comes into her own as a young woman, finding within herself a burning desire to make the most of her life. Held captive with the petulant figurehead ruler of Jamaillia known as the Magnadon Satrap, she discovers that her worth to their captors is only as high as her erstwhile companion's. When they are taken from the treacherous Chalcedeans by a ship of Kennit's pirate fleet, Malta takes a desperate gambit to not only preserve her own life but to try to salvage her ruined family.

Wintrow, forcibly bound to the Vivacia by his father, has grown to love her. He's also grown to respect the destiny of her new captain, the pirate Kennit, and to secretly love Kennit's woman Etta. He stands behind Kennit in his quest to become King of the Pirate Isles, but when Vivacia learns the secret of her origins, the ship flees to a secret part of herself and Wintrow finds himself suddenly shut out of the most important relationship of his life. As the destinies of the Vestrit family members converge asea, escorted by a roiling tangle of monstrous sea serpents, the secrets of the liveships and of their humans collide, leaving the fate of their future teetering precariously in the balance.

Reviews of Ship of Destiny have varied, but were generally positive. Many reviewers have praised Hobb’s writing skill with one stating in Ship of Destiny she "has woven her storylines and subplots into an extraordinarily vivid and complex tapestry." [1] However, some reviewers felt the book was excessively long, referring to it as a "doorstop". [2] Still, reviewers felt the book brought a satisfying conclusion to the Liveship Traders Trilogy . [1] [3] 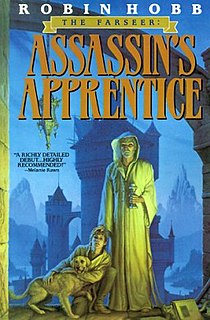 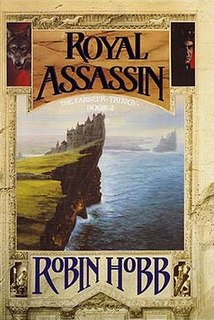 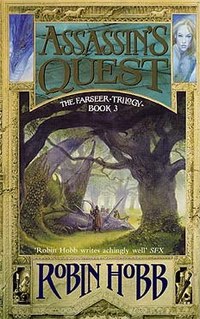 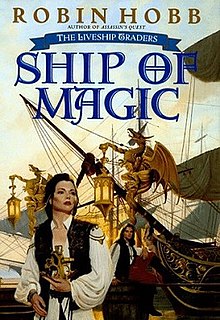 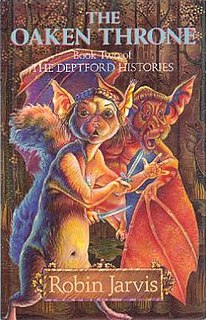 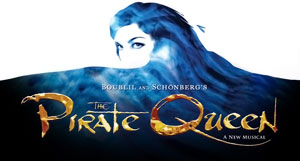 The Pirate Queen is a musical with music by Claude-Michel Schönberg, French lyrics by Alain Boublil and English lyric adaptations by Richard Maltby, Jr. and John Dempsey. The French book was written by Boublil and Schönberg and the English book adaptation was by Maltby, Jr.

Millie Criswell is a best-selling author of over twenty-five romance novels. 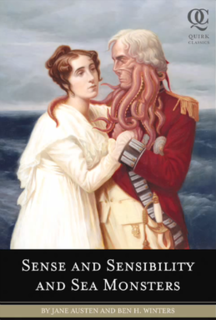 Sense and Sensibility and Sea Monsters (2009) is a parody novel by Ben H. Winters, with Jane Austen credited as co-author. It is a mashup story containing elements from Jane Austen's 1811 novel Sense and Sensibility and common tropes from sea monster stories. It is the thematic sequel to another 2009 novel from the same publisher called Pride and Prejudice and Zombies. It was first published by Quirk Books on September 15, 2009. 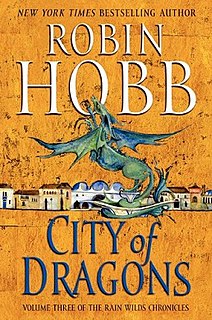