This is a complete list of works by American fantasy author Robin Hobb, the pen name of Margaret Astrid Lindholm Ogden. [1] [2]

The Ki and Vandien Quartet

The Realm of the Elderlings

Gardner Raymond Dozois was an American science fiction author and editor. He was the founding editor of The Year's Best Science Fiction anthologies (1984–2018) and was editor of Asimov's Science Fiction magazine (1984–2004), garnering multiple Hugo and Locus Awards for those works almost every year. He also won the Nebula Award for Best Short Story twice. He was inducted to the Science Fiction Hall of Fame on June 25, 2011.

Michael Swanwick is an American fantasy and science fiction author who began publishing in the early 1980s.

Margaret Astrid Lindholm Ogden, better known by her pen names Robin Hobb and Megan Lindholm, is an American writer. She is best known for her fantasy novels set in the Realm of the Elderlings, with the Farseer trilogy, Liveship Traders trilogy and Tawny Man trilogy having sold more than a million copies. In 2021, she won the World Fantasy Award for Life Achievement, presented for outstanding service to the fantasy field. 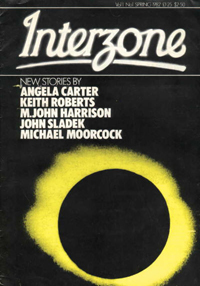 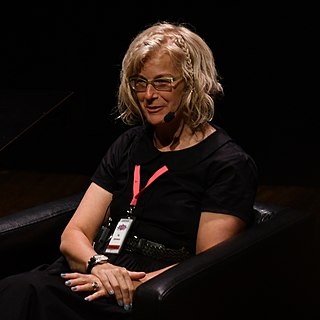 Sheila Williams is the editor of Asimov's Science Fiction magazine.

"The Undiscovered" is an alternate history short story by William Sanders that won the Sidewise Award for Alternate History. "The Undiscovered" was originally published in the March 1997 issue of Asimov's and, in addition to its Sidewise Award nomination, was nominated for the Hugo Award, the Nebula Award, and the Theodore Sturgeon Award. The story was subsequently reprinted in The Year's Best Science Fiction: Fifteenth Annual Collection, The Best Alternate History Stories of the 20th Century, and Best of the Best: 20 Years of the Year's Best Science Fiction.

"Think Like a Dinosaur" is a science fiction novelette written by James Patrick Kelly, originally published in the June 1995 issue of Asimov's Science Fiction magazine.

"Mr. Boy" is a science fiction novella by American writer James Patrick Kelly, first published in the June 1990 issue of Asimov's Science Fiction. It tells the story of a wealthy boy in the year 2096 who falls in love with a working class girl who inspires him to abandon his decadent lifestyle.

David D. Levine is an American science fiction writer who won the Hugo Award for Best Short Story in 2006 for his story "Tk'tk'tk". His novel Arabella of Mars was published by Tor Books in July 2016.

Tor.com is an online science fiction and fantasy magazine published by Tor Books, as well as an imprint of Tom Doherty Associates, a division of Macmillan Publishers. It publishes articles, reviews, original short fiction, re-reads and commentary on speculative fiction.

Warriors is a cross-genre, all-original fiction anthology featuring stories on the subjects of war and warriors; it was edited by George R. R. Martin and Gardner Dozois. The book's Introduction, "Stories from the Spinner Rack", was written by Martin. This anthology was first published in hardcover by Tor Books on March 16, 2010. It won a Locus Award for Best Anthology in 2011.

This is a bibliography of American science fiction author Kim Stanley Robinson.

Sarah Pinsker is an American science fiction and fantasy author. A nine-time finalist for the Nebula Award, Pinsker's debut novel A Song for a New Day won the 2019 Nebula for Best Novel while her story Our Lady of the Open Road won 2016 award for Best Novelette. Her fiction has also won the Philip K. Dick Award, the Theodore Sturgeon Memorial Award and been a finalist for the Hugo, World Fantasy, and Tiptree Awards.

The July Ward is a ghost story written by the physician S. N. Dyer and first published in the April 1991 issue of Asimov's Science Fiction. The story was nominated for the 1992 Nebula Award for Best Novella. It has since been reprinted in various anthologies.