Shirley Winters (born February 27, 1958) is a convicted Serial Killer and arsonist from upstate New York. In 1980, she smothered her five-month-old son, Ronald Winters III. In 2007, she drowned 23-month-old Ryan Rivers. She is also suspected of killing three siblings in childhood, setting a fire which killed two of her older children in 1979, and on the day prior to that killed a friend's three children. Per a plea bargain, she cannot be prosecuted for those.

In 1966, Winters' 10-year-old brother and 4 and 11-year-old sisters died from an apparent carbon monoxide leak in the family home. [1]

In 1979, Winters' first two children, 3-year-old Colleen and 20-month-old John, died in a fire in the family's Hyde Lake cabin in Theresa, New York. Investigators blamed an electrical defect. [2] When her children's bodies were exhumed in March 2007, autopsies showed Colleen and John received blunt force head injuries before the fire had started. [3]

Winters was near at least seventeen fires since the 1979 ones, nine determined as arson. [5] She pleaded guilty to criminal mischief in relation to two in 1981. A November 12, 1989 fire started in a Syracuse home where Winters was staying with her three children. She rescued her four-year-old daughter and two-year-old son, but lost her five-year-old daughter, who rescued herself. [6]

On November 28, 2006, Ryan Rivers was found to be drowned at his grandparents' Pierrepont home, while Winters visited. [2] She was indicted by a St. Lawrence County grand jury in August 2007 of second-degree murder, first-degree assault and endangering the welfare of a child. [7] .

This prompted police to exhume Winters' son, Ronald Winters III, who died on November 21, 1980 in Otisco, New York, of supposed Sudden Infant Death Syndrome. Based on their findings, police charged Winters with second-degree murder on March 28, 2007. [1]

On April 21, 2008, Winters pleaded guilty to manslaughter for drowning Rivers. Under the terms of the plea agreement, she also agreed to plead guilty in Onondaga County Court to first-degree manslaughter for smothering Winters. She was sentenced to 20 years for Rivers, and 8 to 25 years for Winters, to be served concurrently, with parole eligibility after 17 years. She is imprisoned at Bedford Hills Correctional Facility [8] By pleading guilty, she avoided possible second degree murder convictions and multiple life sentences, as well as prosecution for the 1979 murders of Colleen and John Winters. [9]

Winters and her many crimes were featured on episode 8: A Trail Of Ashes & Bodies in Otisco, New York of the podcast Small Town Murder. [10]

A book that closely resembles the case and investigation into Winters was published under the title Teflon Shelly, written by Ron Ryan, Fire Investigator of the Onondaga County Department of Emergency Management and Chief of the Volunteer Fire Department who worked on the case. 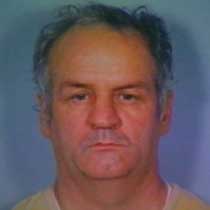 Thomas and Jackie Hawks were a couple from Prescott, Arizona, United States, who were murdered in 2004. In April 2009, Skylar Julius Deleon and Jennifer Henderson were convicted of charges relating to their murders. Deleon was sentenced to death while Henderson was sentenced to two terms of life in prison without parole.

Jonathon Edington is a Fairfield, Connecticut, United States, patent lawyer who achieved national notoriety when, on August 28, 2006, he murdered his neighbor, Barry James, after being told that James had molested Edington's two-year-old daughter. There has been no evidence found that Barry James molested Edington's daughter or anyone else. On August 30 Edington was released on $1 million bond. It was widely expected that Edington would attempt to mount a psychiatric defense at his murder trial, however Edington instead pleaded guilty to the crime and was sentenced to 12 years in prison on August 31, 2007.

Shauna Melinda Howe was an 11-year-old girl from Oil City, Pennsylvania, who was murdered in October 1992. Howe's kidnapping and killing by being thrown from a bridge became a cause célèbre in Pennsylvania, receiving widespread media attention for over a decade. Finally, in September 2006, Eldred “Ted” Walker, James O'Brien, and Timothy O'Brien were convicted for participation in Howe's murder.

Nicole Marie Speirs made headlines in the area of Tooele, Utah as a domestic violence murder victim. She was killed March 25, 2006 at age 22, by her then-boyfriend and father of her twins, Walter Smith. On the night of Nicole's death, Smith reported that he found her dead in her home, drowned in her bathtub, after returning from a trip to Idaho. The autopsy confirmed that drowning was the cause of death. Tooele is located approximately 18 miles west of Salt Lake City.

The body of Dean Shillingsworth was discovered by children in a pond in Mandurama Reserve at Ambarvale, New South Wales, Australia on 17 October 2007. The child's body was wrapped in two plastic bags contained within a tartan suitcase. Due to the length of time the child was in the water, the body was decomposed. The local police set up a crime scene which was investigated by NSW Police Forensic Services Group. The forensic evidence and investigation led to the boy's mother. Police subsequently arrested his mother, Rachel Pfitzner, who lived in nearby Rosemeadow. She was charged with Dean's murder. She did not seek bail and was remanded in custody.

Rafael Robb is an economist and former professor at the University of Pennsylvania who confessed to killing his wife in 2006.

Dorothy O. Sherwood, née Caskey was a burlesque dancer and Salvation Army worker who was convicted of first-degree murder for killing her two-year-old son.

Marie Noe is an American woman who was convicted in June 1999 of murdering eight of her children. Between 1949 and 1968, eight of the ten Noe children died of mysterious causes which were then attributed to sudden infant death syndrome. All eight children were healthy at birth and were developing normally. Two other children died of natural causes. Noe pleaded guilty in June 1999 to eight counts of second-degree murder, and was sentenced to 20 years' probation and psychiatric examination.

This is a list of notable homophobic, biphobic and transphobic violence. Examples include corrective rape and other types of assault.

Martha Wise, born Martha Hasel, was an American poisoner and serial killer. After her husband died and her family forced her to end a relationship with a new lover, Wise retaliated by poisoning seventeen family members, of whom three died, in 1924. She was convicted of one of the murders, despite defense claims that she was mentally ill and that her lover had ordered her to poison her family. The case is considered one of the most sensational of the era in Ohio, where it occurred.

Lucia and Leo Krim, ages 6 and 2, respectively, were murdered in the late afternoon of October 25, 2012, at the La Rochelle apartment building on the Upper West Side of Manhattan in New York City. The children's part-time caretaker, Yoselyn Ortega, was convicted of stabbing the children to death with kitchen knives while their mother Marina Krim and three-year-old sister Nessie were a few blocks away at a swimming lesson. Upon returning home, their mother and sister found Lucia and Leo dead in a bathtub at the family apartment. Ortega then began stabbing herself repeatedly in the neck and throat. She survived the self-inflicted wounds.

On November 10, 2012, an explosion in the Richmond Hill subdivision in Indianapolis, Indiana, killed two people and caused more than $4 million in property damage. The home of Monserrate Shirley was the center of the explosion. The explosion killed next-door neighbors John "Dion" Longworth and his wife Jennifer, and injured seven others. Prosecutors alleged that the natural gas explosion was intentionally set to collect insurance money. Shirley, her boyfriend Mark Leonard, and three others were convicted and sentenced to prison on various charges, including felony murder for Leonard. 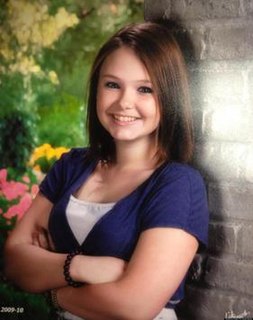 Skylar Annette Neese was an American girl who disappeared from her home in Star City, West Virginia around midnight on July 6, 2012. Neese's remains were found on January 16, 2013, in Wayne Township, Greene County, Pennsylvania.

Adrianna Elaine Hutto was a 7-year-old American girl who lived in Esto, Florida. On August 8, 2007, Adrianna's mother, Amanda E. Lewis, made a 911 call stating that she had found her daughter in the family's pool and she was not breathing. Emergency personnel rushed Adrianna to the nearby hospital Bay Medical, where she was pronounced dead about an hour after arrival. The death was initially treated as an accident until Adrianna's half-brother A.J., then 6 years old, told police that he had witnessed his mother "dunk" Adrianna in the pool as a form of corporal punishment.

Jarmecca Yvonne "Nikki" Whitehead was a 34-year-old mother of 16-year-old identical twins named Jasmiyah Kaneesha Whitehead and Tasmiyah Janeesha Whitehead. On the afternoon of January 13, 2010, she was found dead in the bathroom of her boyfriend's Conyers, Georgia, home in the Bridle Ridge Walk subdivision. She had been beaten with a vase and stabbed repeatedly. Her daughters, Jasmiyah ("Jas") and Tasmiyah ("Tas"), were arrested four months after the slaying on May 21, 2010, and charged with murder. Both initially pleaded not guilty. In a plea agreement, each twin pleaded guilty to the lesser charge of voluntary manslaughter in 2014. They were sentenced to serve 30 years in prison.

A mass killing on August 20, 2016, in Citronelle, Alabama, resulted in the deaths of five people, including a woman who was five months pregnant. They were killed in the early morning in a private residence in a rural area west of the city. It was owned by a brother of Laneta Lester, who had sought refuge there. She and her brother's infant were abducted and taken to Leakesville, Mississippi, by her estranged boyfriend, Derrick Dearman. He released her that day. Lester returned with the infant to Citronelle. She notified police of the killings. Investigators described this mass killing as the worst in Mobile County's history. The house burned down a couple of weeks after the crime.

Katie Sharon Rough, who was almost eight, died in the Woodthorpe area of her hometown of York in the United Kingdom, on 9 January 2017. She was killed by a teenage girl aged 15 years old at the time, who handed herself in to the police immediately after attacking Rough. Under United Kingdom law, Rough's killer was considered a minor at the time of the killing, and so her name was not made publicly known in the subsequent investigation and trial.

Mackenzie Nicole Cowell was a 17-year-old American youth who went missing and was murdered in February 2010. She was last seen at the beauty school she attended in Wenatchee, Washington. Her body was discovered on the banks of the Columbia River four days later on February 13, 2010. A post-mortem examination determined she had been strangled, stabbed in the neck, and had suffered blunt force trauma to the head.