Short Line is also one of the four railroads in the popular board game Monopoly, named after the Shore Fast Line, an interurban streetcar line. [1] [2] [3] [ self-published source ]

A shortline railroad is a small or mid-sized railroad company that operates over a relatively short distance relative to larger, national railroad networks. The term is used primarily in the United States and Canada. In the U.S., railroads are categorized by operating revenue, and most shortline railroads fall into the Class III or Class II categorization defined by the Surface Transportation Board. Shortlines generally exist for one of three reasons: to link two industries requiring rail freight together (for example, a gypsum mine and a wall board factory, or a coal mine and a power plant); to interchange revenue traffic with other, usually larger, railroads; or to operate a tourist passenger train service. Often, short lines exist for all three of these reasons.

In the beginning of the railroad age, nearly all railway lines were shortlines, locally chartered, financed and operated; as the railroad industry matured, local lines were merged or acquired to create longer mainline railroads.

Especially since 1980 in the U.S. and 1990 in Canada, many shortlines have been established when larger railroad companies sold off or abandoned low-profit portions of their trackage. Shortline operators typically have lower labor, overhead and regulatory costs than Class I railroads and therefore are often able to operate profitable lines that lost money for their original owners. [4]

Because of their small size and generally low revenues, the great majority of shortline railroads in the U.S. are classified by the Association of American Railroads as Class III. As defined by the Surface Transportation Board, a Class III is a railroad with an annual operating revenue of less than $28 million. [5] In Canada, Transport Canada classifies short line railroads as Class II.

There are three kinds of shortlines in the U.S.: handling, switch, and ISS (Interline Settlement System).

Current short line railroads in operation in the U.S. are:

It was reported in 2009 that short-line railroads employ 20,000 people in the U.S., and own 30 percent of nation's railroad tracks. About a quarter of all U.S. rail freight travels at least a small part of its journey over a short-line railroad. [6]

In France, the equivalent of short-lines railroads are the "opérateurs ferroviaires de proximité" (local railways operators). [7]

A caboose is a manned North American railroad car coupled at the end of a freight train. Cabooses provide shelter for crew at the end of a train, who were formerly required in switching and shunting, keeping a lookout for load shifting, damage to equipment and cargo, and overheating axles.

In the United States, railroads are designated as Class I, II, or III, according to size criteria first established by the Interstate Commerce Commission (ICC) in 1911. Since the ICC was abolished on January 1, 1996, railroads have been governed by the Surface Transportation Board. 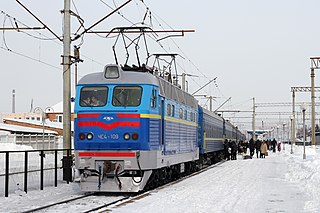 Tacoma Rail is a publicly owned Class III shortline railroad. It is owned by the city of Tacoma, Washington and operated as a public utility. It is one of three operating divisions of the municipally-owned Tacoma Public Utilities service, but unlike other city services, the railroad is self-supported and generates revenue for the City of Tacoma and Washington state. Tacoma Rail provides freight switching services, serving the Port of Tacoma and customers in Tacoma, south Pierce County and parts of Thurston County. It operates 16 diesel locomotives, more than 100 employees and about 140 miles of track, many of which are former Milwaukee Road and BNSF Railway lines around Western Washington. 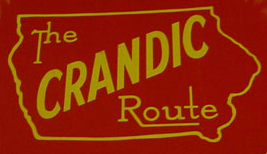 The Cedar Rapids and Iowa City Railway, also known as the CRANDIC, is a Class III railroad operating in the US state of Iowa.

The San Diego and Imperial Valley Railroad (SD&IV) is a class III railroad operating freight rail service in the San Diego area, providing service to customers in the region and moving railcars between the end of the BNSF Railway in Downtown San Diego and the Mexico–United States border in San Ysidro. The railroad has exclusive trackage rights to operates over tracks by the San Diego and Arizona Eastern Railway, a subsidiary of the Metropolitan Transit System, the regional public transit service provider. Tracks are shared with the San Diego Trolley, another subsidiary of the Metropolitan Transit System, and freight trains are only operated at nights when passenger service is not in operation. The San Diego & Imperial Valley Railroad was established in October 1984 and is owned and operated by Genesee & Wyoming, a holding company that operates more than 100 shortline railroads like the SD&IV. 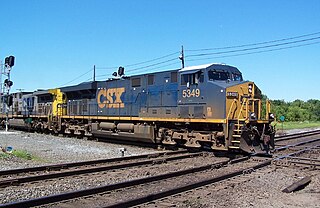 Rail transportation in the United States consists primarily of freight shipments, with a well integrated network of standard gauge private freight railroads extending into Canada and Mexico. Passenger service is mainly mass transit and commuter rail in major cities. Intercity passenger service, once a large and vital part of the nation's passenger transportation network, plays a limited role as compared to transportation patterns in many other countries. 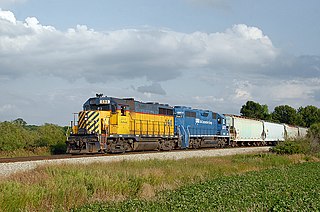 The Great Lakes Central Railroad is an American Class II regional railroad, operating in the state of Michigan. It was originally called the Tuscola and Saginaw Bay Railway, which was formed on August 26, 1977, to operate over former Penn Central lines from Millington to Munger, and from Vassar to Colling. TSBY's name was derived from the three counties it operated in: Tuscola, Saginaw and Bay.

The Minnesota Commercial Railway is a short line railroad in the United States.

The Huntsville and Madison County Railroad Authority was created in 1984 to operate on 14 miles (23 km) of track that was abandoned by the Louisville and Nashville Railroad.

The Paducah & Louisville Railway is a Class II railroad that operates freight service between Paducah and Louisville, Kentucky. The line is located entirely within the Commonwealth of Kentucky.

The Portland and Western Railroad is a 466-mile (750 km) Class II railroad serving the U.S. state of Oregon, and is a wholly owned subsidiary of shortline and regional railroad holding company Genesee & Wyoming Inc. The PNWR includes a subsidiary, the Willamette and Pacific Railroad.

The Wellsboro and Corning Railroad is a 35-mile (56 km) shortline railroad that operates between Wellsboro, Pennsylvania and Corning, New York, passing through Tioga, and Lawrenceville. It parallels PA Route 287 and U.S. Route 15, following the valleys of Marsh Creek, Crooked Creek, and the Tioga River. The railroad connects with Norfolk Southern Railway's Southern Tier Line at Corning. 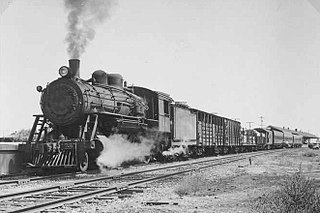 A mixed train is a train that contains both passenger and freight cars or wagons. Although common in the early days of railways, by the 20th century they were largely confined to branch lines with little traffic. Typically, service was slower, because mixed trains usually involved the shunting (switching) of rolling stock at stops along the way. However, some earlier passenger expresses, which also hauled time-sensitive freight in covered goods wagons (boxcars), would now be termed mixed trains. Generally, toward the end of the mixed train era, shunting at intermediate stops had significantly diminished. Nowadays, most railway passenger and freight services are administered separately.

The Sunflour Railroad is a short-line railroad which owns trackage in Roberts County and Marshall County, South Dakota. The company owns approximately 19 route-miles of track, between the towns of Rosholt and Claire City; the line connects with the Canadian Pacific Railway at Rosholt. 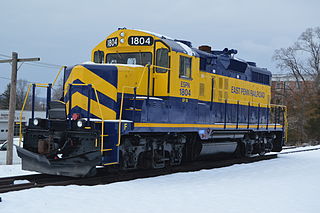 The East Penn Railroad is a short-line railroad that operates a number of mostly-unconnected lines in the U.S. states of Pennsylvania and Delaware. Except for two industrial park switching operations, all are former Pennsylvania Railroad or Reading Company lines, abandoned or sold by Conrail or its predecessors.

The Crab Orchard and Egyptian Railway is a Class III common carrier shortline railroad that operates in the cities of Marion and Herrin in the Southern Illinois region. It is most historically recognized by the FRA for being the last U.S. railroad of any kind to use steam locomotives exclusively in regular revenue freight service up until 1986.