Shula Eta Marks, OBE, FBA (born 14 October 1938, in Cape Town) is emeritus professor of history at the School of Oriental and African Studies of the University of London. She has written at least seven books and a WHO monograph on Health and Apartheid, concerning experiences and public health issues in South Africa. Some of her current public health work involves the fight against the spread of HIV/AIDS in contemporary South Africa. [1]

She was born Shula Eta Winokur in Cape Town and educated at the University of Cape Town (BA) and the University of London (PhD). She also holds three honorary doctorates. [2] She is married to Professor Isaac Marks, emeritus professor at King's College London. She has two children: Lara, a historian of medicine, and Raphael, an architect. [3]

Other positions and honours

Elections in South Africa are held for the National Assembly, provincial legislatures and municipal councils. Elections follow a five-year cycle, with national and provincial elections held simultaneously and municipal elections held two years later. The electoral system is based on party-list proportional representation, which means that parties are represented in proportion to their electoral support. For municipal councils there is a mixed-member system in which wards elect individual councillors alongside those named from party lists. 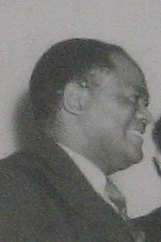 Zachariah Keodirelang "ZK" Matthews was a prominent black academic in South Africa, lecturing at South African Native College, where many future leaders of the African continent were among his students. 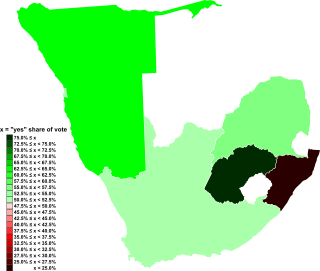 A referendum on becoming a republic was held in South Africa on 5 October 1960. The Afrikaner-dominated right-wing National Party, which had come to power in 1948, was avowedly republican, and regarded the position of Queen Elizabeth II as head of state as a relic of British imperialism. The National Party government subsequently organised the referendum on whether the then Union of South Africa should become a republic. The vote, which was restricted to whites – the first such national election in the union – was narrowly approved by 52.29% of the voters. The Republic of South Africa was constituted on 31 May 1961.

Mark Behr was a Tanzanian-born writer who grew up in South Africa. He was professor of English Literature and Creative Writing at Rhodes College, Memphis, Tennessee. He also taught in the MA program at the University of the Witwatersrand in Johannesburg, South Africa.

Roland Anthony Oliver FBA was an Indian-born English academic and Emeritus Professor of African history at the University of London.

Barbara (Louise) Trapido, born 1941 as Barbara Schuddeboom, is a British novelist born in South Africa with German, Danish and Dutch ancestry. Born in Cape Town and growing up in Durban she studied at the University of Natal gaining a BA in 1963 before emigrating to London. After many years teaching, she became a full-time writer in 1970.

Colin James Bundy is a South African historian and former principal of Green Templeton College, Oxford. Bundy was an influential member of a generation of historians who substantially revised understanding of South African history. In particular, he wrote on South Africa's rural past from a predominantly Marxist perspective, but also deploying Africanist and underdevelopment theories. Since the mid-1990s, however, Bundy has held a series of posts in university administration. Bundy is also a trustee of the Canon Collins Educational & Legal Assistance Trust.

Christopher Shackle, is Emeritus Professor of Modern Languages of South Asia at the University of London.

Ben Fine is Professor of Economics at the University of London's School of Oriental and African Studies.

Africa Research Institute (ARI) is an independent not-for-profit think-tank that was founded in February 2007. It is the only think-tank in the UK to focus exclusively on political, economic and social issues in sub-Saharan Africa. ARI strives to inform domestic and international policy making through publishing research and hosting interactive events. ARI's mission is to draw attention to ideas or policies that have worked in Africa by highlighting and analysing best-practices in government, the economy and civil society. ARI encourages debate and challenges conventional wisdom in and about sub-Saharan Africa. It seeks to provide a nuanced and representative understanding of the region, as opposed to conventional “binary” depictions that often dominate the Western media. The organisation has published work on urbanisation, political and institutional reform, regional integration, health and agriculture, amongst other issues.

William Miller Macmillan is regarded as a founder of the liberal school of South African historiography and as a forerunner of the radical school of historiography that emerged in the 1970s. He was also a critic of colonial rule and an early advocate of self-government for colonial territories in Africa and of what became known as development aid. 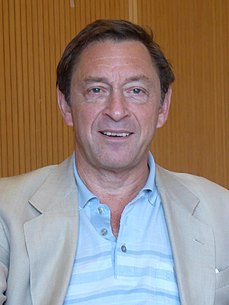 Guy Standing, FAcSS is a British professor of Development Studies at the School of Oriental and African Studies (SOAS), University of London, and co-founder of the Basic Income Earth Network (BIEN).

Mabel Palmer (1876–1958) also known as Mabel Atkinson in her first career, was a British-born, suffragist, journalist and lecturer. After her marriage, she began a second career as a South African educator and academic, using her married name. One of her most noted accomplishments came after her retirement from teaching, when she spearheaded a movement to provide university education for non-white students. After providing free courses in her home for a decade, she became director of the segregated courses offered by the Natal University College, serving from 1945 to 1955. After her second retirement, Palmer continued publishing until her death in 1958.

Francesca Orsini, FBA is an Italian scholar of South Asian literature. She is currently Professor of Hindi and South Asian Literature at the School of Oriental and African Studies (SOAS), University of London. She previously lectured at the University of Cambridge, before joining SOAS in 2006. For the 2013/2014 academic year, she was Mary I. Bunting Institute Fellow at the Radcliffe Institute for Advanced Study, Harvard University.

The following is a timeline of the history of the city of Durban in the eThekwini Metropolitan Municipality, KwaZulu-Natal province, South Africa.

Saul H. Dubow, is a South African historian and academic, specialising in the history of South Africa in the nineteenth and twentieth centuries. Since 2016, he has been the Smuts Professor of Commonwealth History at the University of Cambridge and a Professorial Fellow of Magdalene College, Cambridge. He previously taught at University of Sussex and Queen Mary, University of London.

The Hospitality Industry and Allied Workers' Union (HIAWU) is a trade union representing workers in the hospitality sector in South Africa.