In the United Kingdom, non-departmental public body (NDPB) is a classification applied by the Cabinet Office, Treasury, the Scottish Government and the Northern Ireland Executive to public sector organisations that have a role in the process of national government but are not part of a government department. [1] NDPBs carry out their work largely independently from ministers and are accountable to the public through the Parliament; however, ministers are responsible for the independence, effectiveness and efficiency of non-departmental public bodies in their portfolio. [2]

These bodies consist of boards which advise ministers on particular policy areas. They are often supported by a small secretariat from the parent department and any expenditure is paid for by that department.

These bodies usually deliver a particular public service and are overseen by a board rather than ministers. Appointments are made by ministers following the Code of Practice of the Commissioner for Public Appointments. They employ their own staff and are allocated their own budgets.

NDPB differ from executive agencies as they are not created to carry out ministerial orders or policy, instead they are more or less self-determining and enjoy greater independence. They are also not directly part of government like a non-ministerial government department being at a remove from both ministers and any elected assembly or parliament. Typically an NDPB would be established under statute and be accountable to Parliament rather than to Her Majesty's Government. This arrangement allows more financial independence since the government is obliged to provide funding to meet statutory obligations.

NDPBs are sometimes referred to as quangos. However, this term originally referred to quasi-NGOs bodies that are, at least ostensibly, non-government organisations, but nonetheless perform governmental functions. The backronym "quasi-autonomous national government organization" is used in this usage which is normally pejorative.

In March 2009 there were nearly 800 public bodies that were sponsored by the UK Government. [6] This total included 198 executive NDPBs, 410 advisory bodies, 33 tribunals, 21 public corporations, the Bank of England, 2 public broadcasting authorities and 23 NHS bodies. However, the classification is conservative and does not include bodies that are the responsibility of devolved government, various lower tier boards (including a considerable number within the NHS), and also other boards operating in the public sector (e.g. school governors and police authorities).

These appointed bodies performed a large variety of tasks, for example health trusts, or the Welsh Development Agency, and by 1992 were responsible for some 25% of all government expenditure in the UK. According to the Cabinet Office their total expenditure for the financial year 2005–06 was £167 billion. [7]

Critics argued that the system was open to abuse as most NDPBs had their members directly appointed by government ministers without an election or consultation with the people. The press, critical of what was perceived as the Conservatives' complacency in power in the 1990s, presented much material interpreted as evidence of questionable government practices.

This concern led to the formation of a Committee on Standards in Public Life [8] (the Nolan Committee) which first reported in 1995 and recommended the creation of a "public appointments commissioner" to make sure that appropriate standards were met in the appointment of members of NDPBs. The Government accepted the recommendation, and the Office of the Commissioner for Public Appointments [9] was established in November 1995.

While in opposition, the Labour Party promised to reduce the number and power of NDPBs. [10] [11] The use of NDPBs continued under the Labour government in office from 1997 to 2010, though the political controversy associated with NDPBs in the mid-1990s for the most part died away.

In 2010 the UK's Conservative-Liberal coalition published a review of NDPBs recommending closure or merger of nearly two hundred bodies, and the transfer of others to the private sector. [12] This process was colloquially termed the "bonfire of the quangos". [13]

NDPBs are classified under code S.13112 of the European System of Accounts (ESA.95). However, Statistics UK does not break out the detail for these bodies and they are consolidated into General Government (S.1311). [14]

The term quango or QUANGO is a description of an organisation to which a government has devolved power, but which is still partly controlled and/or financed by government bodies. The term was originally a shortening of "Quasi-NGO", where NGO is the standard acronym for a non-government organization, and in this sense was used neutrally.

The departments of the Government of the United Kingdom are the principal units through which it exercises executive authority; a few of them are titled ministries. A department is composed of employed officials, known as civil servants, and is politically accountable through a minister. Most major departments are headed by a secretary of state, who sits in the cabinet, and typically supported by a team of junior ministers.

The Secretary of State for Health and Social Care, also referred to as the Health Secretary, is a senior secretary of state position within the Government of the United Kingdom, and leads the Department of Health and Social Care (DHSC). The officeholder has responsibility for all health and social care matters in England, including the National Health Service (NHS). Alongside the Chief Medical Officer for England, the officeholder serves as the principal adviser to the Prime Minister of the United Kingdom on all health matters. The office forms part of the Cabinet of the United Kingdom. 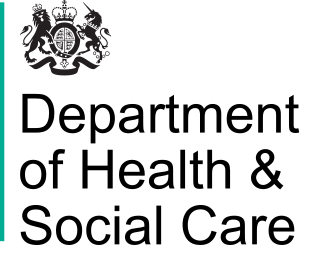 A government or state agency, sometimes an appointed commission, is a permanent or semi-permanent organization in the machinery of government that is responsible for the oversight and administration of specific functions, such as an administration. There is a notable variety of agency types. Although usage differs, a government agency is normally distinct both from a department or ministry, and other types of public body established by government. The functions of an agency are normally executive in character since different types of organizations are most often constituted in an advisory role—this distinction is often blurred in practice however, it is not allowed.

Executive agencies are established by ministers as part of Scottish Government to carry out a discrete area of work. They form an integral part of the Scottish Government, but have a specific, well-defined remit. They are staffed by civil servants and headed by a Chief Executive, who is a civil servant, and are directly accountable to the government.

A special health authority is a type of NHS body which provide services on behalf of the National Health Service in England. Unlike other types of trust, they operate nationally rather than serve a specific geographical area.

The Shareholder Executive (ShEx) was a body within the UK Government responsible for managing the government's financial interest in a range of state-owned businesses for commercial rather than political interests. It was part of the Department for Business, Innovation and Skills and staffed by civil servants, many of whom were corporate finance professionals with private sector experience. It was led by Mark Russell as Chief Executive at the time of its closure.

The UK Commission for Employment and Skills was a non-departmental public body that provided advice on skills and employment policy to the UK Government and the Devolved Administrations. 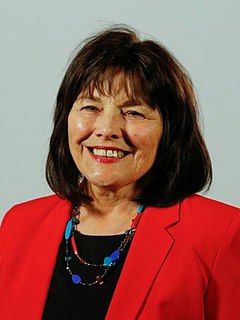