The singly rooted hierarchy, in object-oriented programming, is a characteristic of most (but not all) OOP-based programming languages. In most such languages, in fact, all classes inherit directly or indirectly from a single root, usually with a name similar to Object; all classes then form a common inheritance hierarchy.

Object-oriented programming (OOP) is a programming paradigm based on the concept of "objects", which may contain data, in the form of fields, often known as attributes; and code, in the form of procedures, often known as methods. A feature of objects is that an object's procedures can access and often modify the data fields of the object with which they are associated. In OOP, computer programs are designed by making them out of objects that interact with one another. There is significant diversity of OOP languages, but the most popular ones are class-based, meaning that objects are instances of classes, which typically also determine their type. 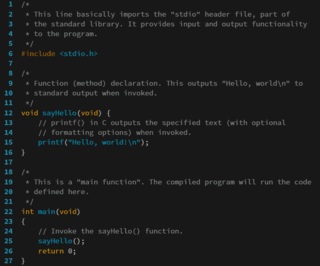 This idea was introduced first by Smalltalk, and was since used in most other object-oriented languages (notably Java and C#). 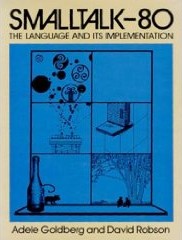 Smalltalk is an object-oriented, dynamically typed reflective programming language. Smalltalk was created as the language in underpinning the "new world" of computing exemplified by "human–computer symbiosis". It was designed and created in part for educational use, more so for constructionist learning, at the Learning Research Group (LRG) of Xerox PARC by Alan Kay, Dan Ingalls, Adele Goldberg, Ted Kaehler, Scott Wallace, and others during the 1970s.

Java is a general-purpose computer-programming language that is concurrent, class-based, object-oriented, and specifically designed to have as few implementation dependencies as possible. It is intended to let application developers "write once, run anywhere" (WORA), meaning that compiled Java code can run on all platforms that support Java without the need for recompilation. Java applications are typically compiled to bytecode that can run on any Java virtual machine (JVM) regardless of computer architecture. As of 2016, Java is one of the most popular programming languages in use, particularly for client-server web applications, with a reported 9 million developers. Java was originally developed by James Gosling, a Canadian, at Sun Microsystems and released in 1995 as a core component of Sun Microsystems' Java platform. The language derives much of its original features from SmallTalk, with a syntax similar to C and C++, but it has fewer low-level facilities than either of them. 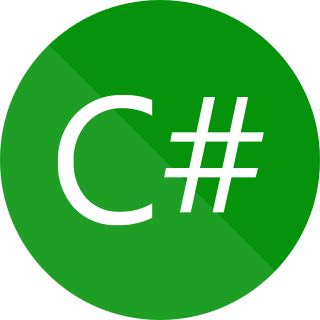 C# is a general-purpose, multi-paradigm programming language encompassing strong typing, lexically scoped, imperative, declarative, functional, generic, object-oriented (class-based), and component-oriented programming disciplines. It was developed around 2000 by Microsoft within its .NET initiative and later approved as a standard by Ecma (ECMA-334) and ISO. C# is one of the programming languages designed for the Common Language Infrastructure.

A notable exception is C++, where (mainly for compatibility with C and efficiency) there is no single object hierarchy. This feature is especially useful for container libraries - they only need to allow putting an Object in a container to allow objects of any class to be put in the container. Containers in C++ have been implemented with multiple inheritance, [1] and with help of template-based generic programming by Bjarne Stroustrup. [2] [3] Other object-oriented languages without a singly rooted hierarchy include Objective-C and PHP. 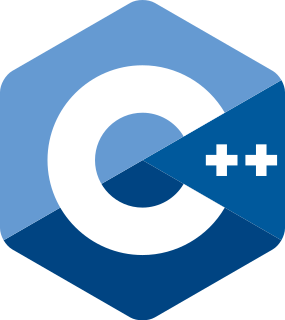 C++ is a general-purpose programming language. It has imperative, object-oriented and generic programming features, while also providing facilities for low-level memory manipulation.

Generic programming is a style of computer programming in which algorithms are written in terms of types to-be-specified-later that are then instantiated when needed for specific types provided as parameters. This approach, pioneered by ML in 1973, permits writing common functions or types that differ only in the set of types on which they operate when used, thus reducing duplication. Such software entities are known as generics in Ada, C#, Delphi, Eiffel, F#, Java, Rust, Swift, TypeScript and Visual Basic .NET. They are known as parametric polymorphism in ML, Scala, Haskell and Julia; templates in C++ and D; and parameterized types in the influential 1994 book Design Patterns.

Eiffel is an object-oriented programming language designed by Bertrand Meyer and Eiffel Software. Meyer conceived the language in 1985 with the goal of increasing the reliability of commercial software development; the first version becoming available in 1986. In 2005, Eiffel became an ISO-standardized language.

Design Patterns: Elements of Reusable Object-Oriented Software (1994) is a software engineering book describing software design patterns. The book's authors are Erich Gamma, Richard Helm, Ralph Johnson and John Vlissides with a foreword by Grady Booch. The book is divided into two parts, with the first two chapters exploring the capabilities and pitfalls of object-oriented programming, and the remaining chapters describing 23 classic software design patterns. The book includes examples in C++ and Smalltalk. 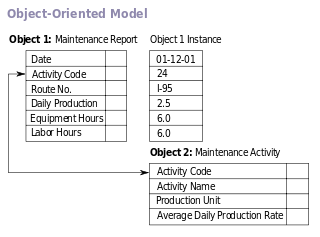 C++ is a general-purpose programming language. It has imperative, object-oriented and generic programming features, while also providing facilities for low-level memory manipulation.

In database design, object-oriented programming and design, has-a is a composition relationship where one object "belongs to" another object, and behaves according to the rules of ownership. In simple words, has-a relationship in an object is called a member field of an object. Multiple has-a relationships will combine to form a possessive hierarchy.

Bruce Eckel is a computer programmer, author and consultant. His best known works are Thinking in Java and Thinking in C++, aimed at programmers wanting to learn the Java or C++ programming languages, particularly those with little experience of object-oriented programming. Eckel was a founding member of the ANSI/ISO C++ standard committee.

The GLib Object System, or GObject, is a free software library providing a portable object system and transparent cross-language interoperability. GObject is designed for use both directly in C programs to provide object-oriented C-based APIs and through bindings to other languages to provide transparent cross-language interoperability, e.g. PyGObject.

In object-oriented programming, inheritance is the mechanism of basing an object or class upon another object or class, retaining similar implementation. Also defined as deriving new classes from existing ones and forming them into a hierarchy of classes. In most class-based object-oriented languages, an object created through inheritance acquires all the properties and behaviors of the parent object. Inheritance allows programmers to create classes that are built upon existing classes, to specify a new implementation while maintaining the same behaviors, to reuse code and to independently extend original software via public classes and interfaces. The relationships of objects or classes through inheritance give rise to a directed graph. Inheritance was invented in 1969 for Simula.

In computer programming, a trait is a concept used in object-oriented programming, which represents a set of methods that can be used to extend the functionality of a class.