Allmusic gave the album 41⁄2 stars, and the review by Stewart Mason stated, "The first album by the James Blood Ulmer and Bill Laswell collaboration Third Rail is a sometimes confusing mishmash of styles; however, given the title, it appears that the juxtaposition of dirty blues-based grooves and spacey psychedelic jazz-funk is entirely intentional. Whether or not the combination is entirely satisfying is up to the listener, but while the album occasionally seems to have more ideas than it knows what to do with, most of them do work". [3]

All compositions by James Blood Ulmer except where noted 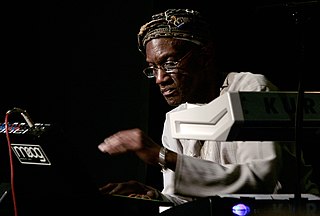 George Bernard Worrell, Jr. was an American keyboardist and record producer best known as a founding member of Parliament-Funkadelic and for his work with Talking Heads. He is a member of the Rock and Roll Hall of Fame, inducted in 1997 with fifteen other members of Parliament-Funkadelic. Worrell was described by Jon Pareles of The New York Times as "the kind of sideman who is as influential as some bandleaders." 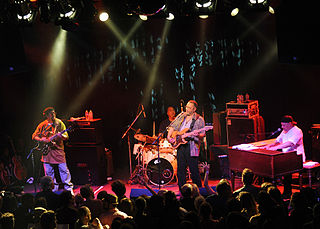 The Meters are an American funk band formed in 1965 in New Orleans by Zigaboo Modeliste (drums), George Porter Jr. (bass), Leo Nocentelli (guitar) and Art Neville (keyboards). The band performed and recorded their own music from the late 1960s until 1977 and played an influential role as backing musicians for other artists, including Lee Dorsey, Robert Palmer, Dr. John, and Allen Toussaint. Their original songs "Cissy Strut" and "Look-Ka Py Py" are considered funk classics. 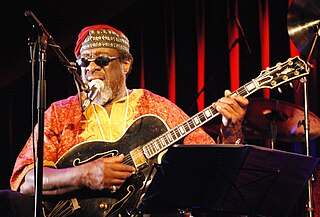 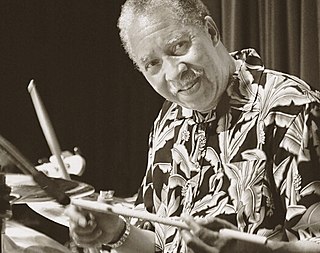 Joseph "Ziggy" Modeliste, also known as Zigaboo, is an American drummer best known as a founding member of the funk band the Meters. He is widely considered an innovator in the funk genre and New Orleans style drumming. The Meters' music had a defining role and set the stylistic tone of New Orleans funk. Due to his work with the band, Modeliste is credited as an integral part of bringing New Orleans second-line grooves into popular music. 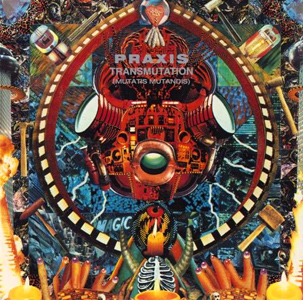 Transmutation is the first album by Bill Laswell's ever-changing "supergroup" Praxis. The album was released in 1992 and features Buckethead on guitar, Bootsy Collins on bass and vocals, Brain on drums, Bernie Worrell on keyboards and DJ AF Next Man Flip on turntables.

Funkcronomicon is a 1995 various artists collection of tracks produced by Bill Laswell under the name Axiom Funk, after Laswell's associated record label. It is a 2-CD set that was released by Island Records. Funkcronomicon features heavy participation from various members of Parliament-Funkadelic, to the degree that Funkcronomicon is widely considered to be a full-fledged P-Funk album. The album features what may be Pedro Bell's last authentic artistic renderings, as well as P-Funk guitarist Eddie Hazel's last recordings before his death in 1992. The album comprises newly recorded tracks, as well as tracks that have been featured on other Bill Laswell productions. Produced and compiled at Greenpoint Studio in the Greenpoint neighborhood of Brooklyn, New York, Funkcronomicon contains songs that were recorded as early as Maceo Parker's For All the Kings Men (1989) period. The album title is a play on Necronomicon, a fictional book.

Blacktronic Science is the third solo album by the former Parliament-Funkadelic keyboardist Bernie Worrell. The album was released by Gramavision Records in 1993.

Deadline was an electronic music collective with an ever rotating line-up. The core of the group was bassist Bill Laswell and drummer Phillip Wilson for their first album and Laswell and Jonas Hellborg for their second. Artists such as Aïyb Dieng, Michael Beinhorn, Bernie Worrell, Fred Maher, Robert Quine also made contributions to the project. 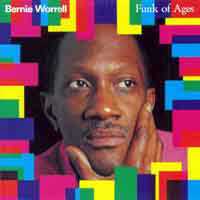 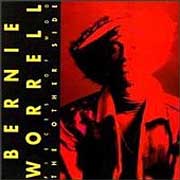 Pieces of Woo: The Other Side is the fourth solo album by former Parliament-Funkadelic keyboardist Bernie Worrell. The album was released by CMP Records in Germany in 1993, and would be the only album that Bernie Worrell would record for the label. Notably, none of the tracks contain drums or percussion. Pieces of Woo features Fred Wesley, Buckethead and Umar Bin Hassan from the Last Poets.

Live in Japan is a 1993 live album by the New York based No Wave music group Material. 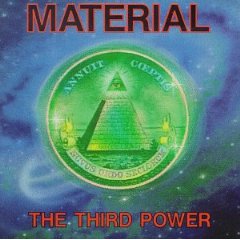 The Third Power is a 1991 album by the New York based music group Material. The album mixes reggae. funk, dub and rap music. 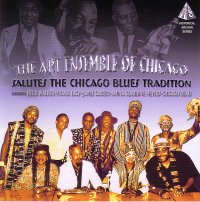 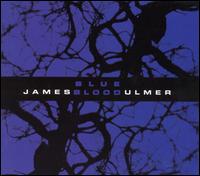 Blue Blood is an album by American guitarist James Blood Ulmer recorded in 2000 and released on Bill Laswell's Innerhythmic label in 2001. The album features performances by Ulmer with Laswell, Bernie Worrell, and Amina Claudine Myers who initially recorded South Delta Space Age as Third Rail in 1995.

Ekstasis is the second studio album by Nicky Skopelitis, released on 1993 through Axiom.

Jazzonia is a cover album by American composer Bill Laswell, released on August 25, 1998 by Douglas Music.

This article presents the complete oeuvre of American bassist, composer and music producer Bill Laswell, including his work as a band member and collaborating artist. Laswell has an expansive and eclectic discography and has been involved in hundreds of recordings with many artists from across the world. Laswell's music is influenced by a plethora of musical genres, such as funk, world music, jazz, drum and bass, dub and ambient music. Starting in 1978, Laswell has built a reputation as an accomplished bass player and composer. He has also had a prolific career as a music producer and sound engineer, overseeing the recording process of diverse musical acts such as Sly and Robbie, Afrika Bambaataa, Bernie Worrell, Blind Idiot God, Henry Threadgill and Buckethead.