Sports Illustrated Women (previously called Sports Illustrated for Women) and also known as SI Women, was a bimonthly sports magazine covering (according to its statement of purpose) "the sports that women play and what they want to follow", from basketball to tennis, soccer to volleyball, field hockey to ice hockey and figure skating and more. It featured real athletes, told their real stories and gave the real scoop on women's sports. Sports Illustrated for Women was published by Time Inc." [1] It ran for 20 issues, between March 2000 and November 2002, targeting an audience of women, 18–34 years old, with "a passion for sports". [2]

Sports Illustrated for Women, renamed Sports Illustrated Women (SI Women) in 2001, launched under the leadership of Cleary Simpson, Group Publisher and Sandy Bailey, Editor in Chief. SI Women initially ran test publications as Sports Illustrated Women/Sport, in 1997. [3] The test magazine was published in two issues, followed by four special issues in 1999, under the title Sports Illustrated Women. The March 2000 launch of the ongoing product, slated for six issues per year, included a website, siforwomen.com. Circulation base rate was estimated[ by whom? ] at 300,000. By 2002 it had reached 400,000.[ citation needed ] Its newsstand price was $3.50. Publishers Information Bureau statistics showed that SI Women's ad pages jumped 26.51 percent from 2000 to 2001 and its revenues increased 73.28 percent, from $5,499,509 to $9,529,281. [4]

The magazine went through a makeover and name change (to SI Women) in September 2001, after Susan Casey, former Editor of Outside , took over from Sandy Bailey, as Editor in Chief. Research showed that, "women are more interested in sports as participants than fans, unlike men." [4] That year, the magazine expanded, planning 10 issues per year and revamping its content to, "a wider range of activities pursued by today's modern, active women," including participatory sports with sections on training and adventure travel. [1] In 2002, SI Women received a nomination for General Excellence from the National Magazine Awards.

On 14 October 2002, SI Women announced that December 2002 would be its last issue. [3] President Ann S. Moore cited the downturn in the ad economy, stating, "SI Women needed a significant investment to reach its potential", and, "The investment climate was simply not on our side." [5]

Sports Illustrated swimsuit edition was created with the intentions of celebrating women and exposing their beauty, however it has caused uproar within the media lately. In a study done by the Department of Sociology at the University of Louisville, it was found that out of the 716 regular Sports Illustrated magazines published between 2000 and 2011, only 35 of the covers featured female athletes. [6] These surprising numbers have gotten increasingly worse considering between 1954 and 1965 women were given about 12.6% of cover images, according to the study.

According to Walter Bingham, SI writer and editor, many people want to do away with the swimsuit edition but it is their biggest money maker so they never could. [7] About the evolution of the magazine, "the suits got skimpier and skimpier, the models' attributes bigger and bigger," Bingham wrote in 2010 in the Cape Cod Times . [8] 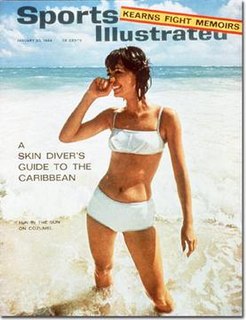 The Sports Illustrated Swimsuit Issue is published annually by American magazine Sports Illustrated and features female fashion models, celebrities and athletes wearing swimwear in various locales around the world. The highly coveted cover photograph has been considered as the arbiter of supermodel succession. The issue carries advertising that, in 2005 amounted to US$35 million in value. First published in 1964, it is credited with making the bikini, invented in 1946, a legitimate piece of apparel.

Stephanie Michelle Seymour is an American model and actress. During the 1980s and 1990s, she was one of the most popular supermodels, being featured in the Sports Illustrated Swimsuit Issue and the cover of Vogue, as well as being a former Victoria's Secret Angel.

Elsa Benítez Yáñez is a Mexican model and television presenter, perhaps best known for her appearances in the Sports Illustrated Swimsuit Issue, including her appearance on the cover in 2001. 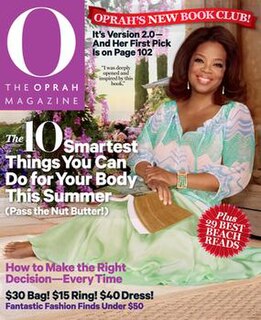 O, The Oprah Magazine, sometimes simply abbreviated to O, is an American monthly magazine founded by Oprah Winfrey and Hearst Communications and primarily marketed at women. 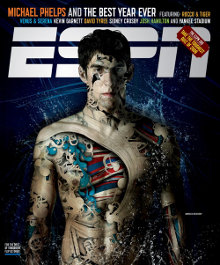 ESPN The Magazine is a defunct monthly sports magazine published by the ESPN sports network in Bristol, Connecticut, in the United States. The first issue was published on March 11, 1998. Initially published every other week, it scaled back to 24 issues a year in early 2016, then became a monthly in its later days. 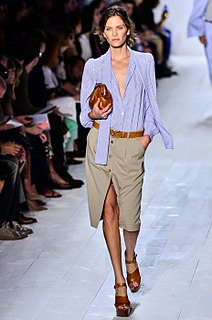 Francesca "Frankie" Rayder is an American model who appeared in the annual Victoria's Secret Fashion Show four times and in the Sports Illustrated Swimsuit Issue twice. She has an extensive portfolio of covergirl appearances for numerous high fashion magazines and was once a VH1/Vogue Fashion Awards for Model of the Year nominee. She has performed in many runway shows and has been featured in numerous print ad campaigns. At the peak of her fame, she was an it girl according to The New York Times and GQ once named her the Sexiest Woman in the World.

Luján Fernández She is an Angel of Victoria’s Secret. She is a top model Argentine model, perhaps best known for her three-year run in the Sports Illustrated Swimsuit Issue. 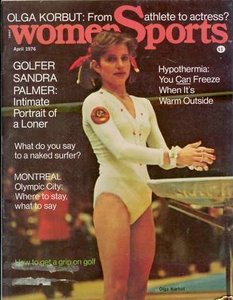 womenSports magazine was the first magazine dedicated to women in sports. It was launched in close conjunction with Billie Jean King's Women's Sports Foundation and each issue of the magazine contained a two-page article written by the executive director of the Foundation. It was started soon after Billie Jean's win at the Battle of the Sexes.

Faces in the Crowd is a long-running segment from Sports Illustrated. Starting in the January 9, 1956, issue, the segment was originally titled These Faces in the Crowd. The predecessor to These Faces... was a segment called Pat on the Back. It differed in that it did not just focus on unknown or amateur athletes. Contrary to Faces in the Crowd, it featured professional athletes who set milestones and celebrities who undertook an athletic endeavor. Slight deviations from its basic format are rare. One such example was in the college football preview issue on September 5, 1977 when the segment was temporarily retitled Freshmen in the Crowd and featured six incoming gridiron prospects from major NCAA Division I programs. From 1956 to 2006, a total of 15,672 athletes have been featured.

Joanne "Kiwi Jo" or "Kiwi Joe" Gair is a New Zealand-born and -raised make-up artist and body painter whose body paintings have been featured in the Sports Illustrated Swimsuit Issue from 1999 to 2017. She is considered the world's leading trompe-l'œil body painter and make-up artist, and she became famous with a Vanity FairDemi's Birthday Suit cover of Demi Moore in a body painting in 1992. Her Disappearing Model was featured on the highest-rated episode of Ripley's Believe It or Not. She is the daughter of George Gair. 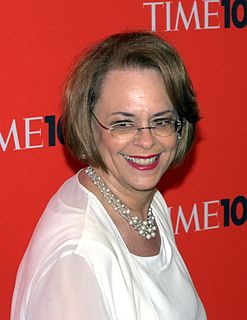 Ann S. Moore was the chairman and chief executive officer of Time Inc. until the fall of 2010. She became the company's first woman CEO when she was appointed to the position in July 2002. 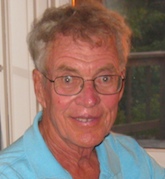 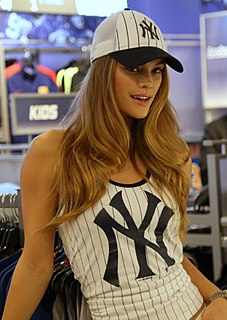 Nina Brohus Agdal is a Danish model known for her appearances in the Sports Illustrated Swimsuit Issue and, alongside Chrissy Teigen and Lily Aldridge, appeared on the 50th anniversary cover in 2014.

Samantha Hoopes is an American model known for her appearances in the Sports Illustrated Swimsuit Issue from 2014 to 2020.

Chase Carter is a Bahamian model. She has been on the cover of Maxim magazine.

Camille Veronica Kostek is an American model and host. She first gained recognition for her work with Reebok, and came to further prominence for her appearances in the Sports Illustrated Swimsuit Issue, including a cover of the 2019 edition.