St. Radegund's Abbey at Bradsole was a medieval monastic house in the parish of Hougham Without near Dover in southeast England. It was dedicated to Radegund, the sixth-century Merovingian princess, who, once married to the unsavory King Chlothar I, turned to a life of asceticism and charitable works. [1] The remains of the abbey buildings have since have been incorporated into a farm. [2]

The abbey was founded in 1191 on the land of Bradsole Manor, which had been donated by King Richard I. The community was established by Premonstratensian Canons sent over from the mother abbey of Prémontré in Aisne, France, and building commenced in 1191, lasting some fifty years. Although the abbey benefitted from its control of several local churches, the site itself proved fairly inhospitable.

By the end of the 13th century the monks were occupied in increasingly secular activities such as supervising the building of Dover Castle and by the end of the following century the monastic buildings had fallen into a state of neglect, with only 8 canons still in residence. In 1538 the abbey was dissolved as part of the Dissolution of the Monasteries and much of the stone carried away to help build Sandgate Castle.

The site was sold to Simon Edolph in 1590, who converted the refectory building into a farmhouse. Still standing, it is a Grade II* listed building. [3] The remaining ruins, part of which act as a gateway to the farmhouse, have also been Grade II* listed. [4]

Boxgrove Priory is a ruined priory in the village of Boxgrove in Sussex. It was founded in the 12th century.

Dover Castle is a medieval castle in Dover, Kent, England. It was founded in the 11th century and has been described as the "Key to England" due to its defensive significance throughout history. Some sources say it is the largest castle in England, a title also claimed by Windsor Castle.

Radegund was a Thuringian princess and Frankish queen, who founded the Abbey of the Holy Cross at Poitiers. She is the patron saint of several churches in France and England and of Jesus College, Cambridge.

Woodspring Priory is a former Augustinian priory. It is near the scenic limestone promontory of Sand Point and Middle Hope, owned by the National Trust, beside the Severn Estuary about 3 miles (5 km) north-east of Weston-super-Mare, within the English unitary authority of North Somerset. Many of the buildings are Grade I listed, and the whole site is scheduled as an ancient monument.

Brokenborough is a village and civil parish about 1 1⁄2 miles (2.4 km) northwest of Malmesbury, Wiltshire in England. The course of the Fosse Way Roman road forms the northwest boundary of the parish, and also the county boundary with neighbouring Gloucestershire. The Tetbury Avon, also called the Ingleburn, flows through the parish west of the village. The 2011 Census recorded the parish's population as 190.

Osney Abbey or Oseney Abbey, later Osney Cathedral, was a house of Augustinian canons at Osney in Oxfordshire. The site is south of the modern Botley Road, down Mill Street by Osney Cemetery, next to the railway line just south of Oxford station. It was founded as a priory in 1129, becoming an abbey around 1154. It was dissolved in 1539 but was created a cathedral, the last abbot Robert King becoming the first Bishop of Oxford. The see was transferred to the new foundation of Christ Church in 1545 and the building fell into ruin. It was one of the four renowned monastic houses of medieval Oxford, along with St Frideswide's Priory, Rewley and Godstow. 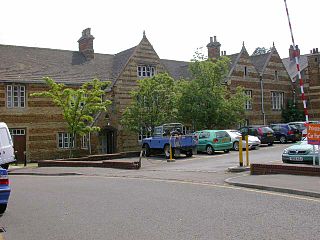 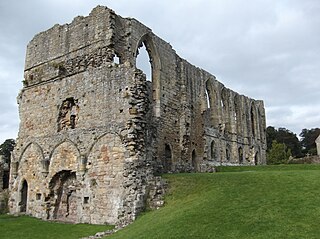 Easby Abbey, or the Abbey of St Agatha, is a ruined Premonstratensian abbey on the eastern bank of the River Swale on the outskirts of Richmond in the Richmondshire district of North Yorkshire, England. The site is maintained by English Heritage and can be reached by a riverside walk from Richmond Castle. Within the precinct is the still-active parish church, displaying 13th-century wall paintings. 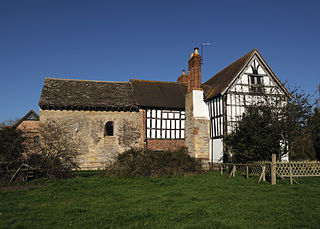 Odda's Chapel is a former chantry chapel at Deerhurst, Gloucestershire. It is an 11th-century late Anglo-Saxon building, completed a decade before the Norman Conquest of England. 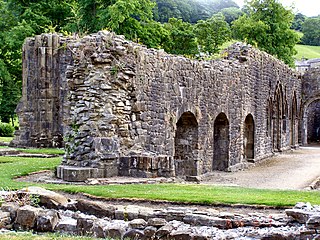 Whalley Abbey is a former Cistercian abbey in Whalley, Lancashire, England. After the dissolution of the monasteries, the abbey was largely demolished and a country house was built on the site. In the 20th century the house was modified and it is now the Retreat and Conference House of the Diocese of Blackburn. The ruins of the abbey are recorded in the National Heritage List for England as a designated Grade I listed building, and are a Scheduled Ancient Monument. 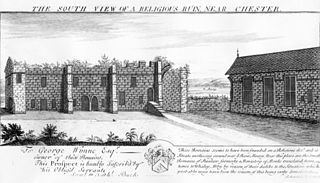 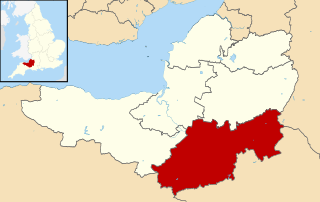 South Somerset is a local government district in the English county of Somerset. The South Somerset district occupies an area of 370 square miles (958 km2), stretching from its borders with Devon and Dorset to the edge of the Somerset Levels. The district has a population of about 158,000, and has Yeovil as its administrative centre. 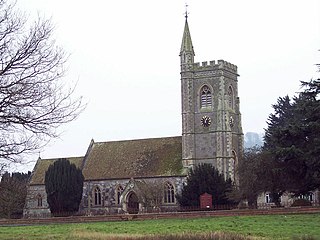 Semley is a village in Sedgehill and Semley civil parish in Wiltshire, England. The village is about 3 miles (4.8 km) north-east of Shaftesbury in neighbouring Dorset. The hamlet of Sem Hill lies about a quarter of a mile west of the village.

Saighton Grange originated as a monastic grange. It was later converted into a country house and, as of 2013, the building is used as a school. It is located in Saighton, Cheshire, England. The only surviving part of the monastic grange is the gatehouse, which is recorded in the National Heritage List for England as a designated Grade I listed building, and is one of only two surviving monastic manorial buildings in Cheshire, the other being Ince Manor. The rest of the building is listed at Grade II, as is its chapel.

St Osyth's Abbey was a house of Augustinian canons in the parish of St Osyth in Essex, England in use from the 12th to 16th centuries. Founded by Richard de Belmeis, Bishop of London, c. 1121, it became one of the largest religious houses in Essex. It was dedicated to Saints Peter and Paul as well as St Osyth (Osith), a royal saint and virgin martyr. Bishop Richard obtained the arm bone of St Osyth from Aylesbury for the monastic church and granted the canons the parish church of St Osyth.

Seckington is a village and civil parish in North Warwickshire, about 4 miles (6 km) northeast of Tamworth, Staffordshire. The B4593 road between Tamworth and Appleby Magna runs through the parish, passing about 100 yards (91 m) north of the village. 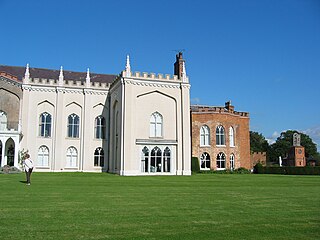 Ince is a civil parish in Cheshire West and Chester, England. It contains 25 buildings that are recorded in the National Heritage List for England as designated listed buildings. One is these is of these listed at Grade I, the highest grade, one at Grade II*, the middle grade, and the rest are at the lowest grade, Grade II.