Subsumption architecture is a reactive robotic architecture heavily associated with behavior-based robotics which was very popular in the 1980s and 90s. The term was introduced by Rodney Brooks and colleagues in 1986. [1] [2] [3] Subsumption has been widely influential in autonomous robotics and elsewhere in real-time AI.

Behavior-based robotics (BBR) or behavioral robotics is an approach in robotics that focuses on robots that are able to exhibit complex-appearing behaviors despite little internal variable state to model its immediate environment, mostly gradually correcting its actions via sensory-motor links.

Rodney Allen Brooks is an Australian roboticist, Fellow of the Australian Academy of Science, author, and robotics entrepreneur, most known for popularizing the actionist approach to robotics. He was a Panasonic Professor of Robotics at the Massachusetts Institute of Technology and former director of the MIT Computer Science and Artificial Intelligence Laboratory. He is a founder and former Chief Technical Officer of iRobot and co-Founder, Chairman and Chief Technical Officer of Rethink Robotics. Outside the scientific community Brooks is also known for his appearance in a film featuring him and his work, Fast, Cheap & Out of Control.

In computer science, real-time computing (RTC), or reactive computing describes hardware and software systems subject to a "real-time constraint", for example from event to system response. Real-time programs must guarantee response within specified time constraints, often referred to as "deadlines". The correctness of these types of systems depends on their temporal aspects as well as their functional aspects. Real-time responses are often understood to be in the order of milliseconds, and sometimes microseconds. A system not specified as operating in real time cannot usually guarantee a response within any timeframe, although typical or expected response times may be given.

A mental representation, in philosophy of mind, cognitive psychology, neuroscience, and cognitive science, is a hypothetical internal cognitive symbol that represents external reality, or else a mental process that makes use of such a symbol: "a formal system for making explicit certain entities or types of information, together with a specification of how the system does this".

Top-down and bottom-up are both strategies of information processing and knowledge ordering, used in a variety of fields including software, humanistic and scientific theories, and management and organization. In practice, they can be seen as a style of thinking, teaching, or leadership.

It does this by decomposing the complete behavior into sub-behaviors. These sub-behaviors are organized into a hierarchy of layers. Each layer implements a particular level of behavioral competence, and higher levels are able to subsume lower levels (= integrate/combine lower levels to a more comprehensive whole) in order to create viable behavior. For example, a robot's lowest layer could be "avoid an object". The second layer would be "wander around", which runs beneath the third layer "explore the world". Because a robot must have the ability to "avoid objects" in order to "wander around" effectively, the subsumption architecture creates a system in which the higher layers utilize the lower-level competencies. The layers, which all receive sensor-information, work in parallel and generate outputs. These outputs can be commands to actuators, or signals that suppress or inhibit other layers. [5] :8–12;15–16

Subsumption architecture attacks the problem of intelligence from a significantly different perspective than traditional AI. Disappointed with the performance of Shakey the robot and similar conscious mind representation-inspired projects, Rodney Brooks started creating robots based on a different notion of intelligence, resembling unconscious mind processes. Instead of modelling aspects of human intelligence via symbol manipulation, this approach is aimed at real-time interaction and viable responses to a dynamic lab or office environment. [4] :130–131

Shakey the Robot was the first general-purpose mobile robot to be able to reason about its own actions. While other robots would have to be instructed on each individual step of completing a larger task, Shakey could analyze commands and break them down into basic chunks by itself.

The goal was informed by four key ideas:

In artificial intelligence and cognitive science, the term situated refers to an agent which is embedded in an environment. The term situated is commonly used to refer to robots, but some researchers argue that software agents can also be situated if:

In artificial intelligence, an embodied agent, also sometimes referred to as an interface agent, is an intelligent agent that interacts with the environment through a physical body within that environment. Agents that are represented graphically with a body, for example a human or a cartoon animal, are also called embodied agents, although they have only virtual, not physical, embodiment. A branch of artificial intelligence focuses on empowering such agents to interact autonomously with human beings and the environment. Mobile robots are one example of physically embodied agents; Ananova and Microsoft Agent are examples of graphically embodied agents. Embodied conversational agents are embodied agents that are capable of engaging in conversation with one another and with humans employing the same verbal and nonverbal means that humans do. 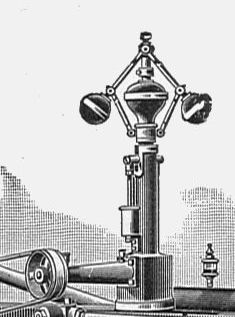 A control system manages, commands, directs, or regulates the behavior of other devices or systems using control loops. It can range from a single home heating controller using a thermostat controlling a domestic boiler to large Industrial control systems which are used for controlling processes or machines.

The ideas outlined above are still a part of an ongoing debate regarding the nature of intelligence and how the progress of robotics and AI should be fostered.

Each layer is made up by a set of processors that are augmented finite-state machines (AFSM), the augmentation being added instance variables to hold programmable data-structures. A layer is a module and is responsible for a single behavioral goal, such as "wander around." There is no central control within or between these behavioral modules. All AFSMs continuously and asynchronously receive input from the relevant sensors and send output to actuators (or other AFSMs). Input signals that are not read by the time a new one is delivered end up getting discarded. These discarded signals are common, and is useful for performance because it allows the system to work in real time by dealing with the most immediate information.

Modular programming is a software design technique that emphasizes separating the functionality of a program into independent, interchangeable modules, such that each contains everything necessary to execute only one aspect of the desired functionality.

Because there is no central control, AFSMs communicate with each other via inhibition and suppression signals. Inhibition signals block signals from reaching actuators or AFSMs, and suppression signals blocks or replaces the inputs to layers or their AFSMs. This system of AFSM communication is how higher layers subsume lower ones (see figure 1), as well as how the architecture deals with priority and action selection arbitration in general. [5] :12–16

The development of layers follows an intuitive progression. First the lowest layer is created, tested, and debugged. Once that lowest level is running, one creates and attaches the second layer with the proper suppression and inhibition connections to the first layer. After testing and debugging the combined behavior, this process can be repeated for (theoretically) any number of behavioral modules. [5] :16–20

The following is a small list of robots that utilize the subsumption architecture.

The above are described in detail along with other robots in Elephants Don't Play Chess. [6]

The main advantages of the architecture are:

The main disadvantages of the architecture are:

When subsumption architecture was developed, the novel setup and approach of subsumption architecture allowed it to be successful in many important domains where traditional AI had failed, namely real-time interaction with a dynamic environment. The lack of large memory storage, symbolic representations, and central control, however, places it at a disadvantage at learning complex actions, in-depth mapping, and understanding language. 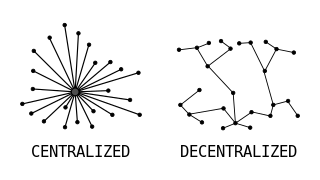 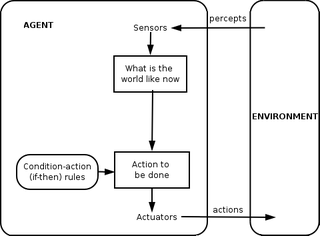 Activity recognition aims to recognize the actions and goals of one or more agents from a series of observations on the agents' actions and the environmental conditions. Since the 1980s, this research field has captured the attention of several computer science communities due to its strength in providing personalized support for many different applications and its connection to many different fields of study such as medicine, human-computer interaction, or sociology. 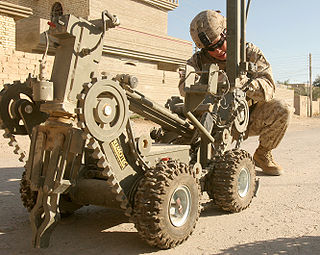 Robotics is the branch of technology that deals with the design, construction, operation, structural disposition, manufacture and application of robots. Robotics is related to the sciences of electronics, engineering, mechanics, and software. 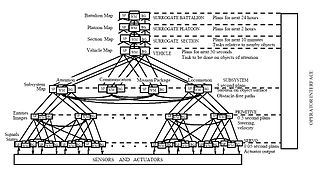 The 4D/RCS Reference Model Architecture is a reference model for military unmanned vehicles on how their software components should be identified and organized.

Winner-take-all is a computer science concept that has been widely applied in behavior-based robotics as a method of action selection for intelligent agents. Winner-take-all systems work by connecting modules in such a way that when one action is performed it stops all other actions from being performed, so only one action is occurring at a time. The name comes from the idea that the "winner" action takes all of the motor system's power.

The Genghis robot was a six legged, insect-like, robot that was created by roboticist Rodney Brooks at MIT. Brooks wanted to solve the problem of how to make robots intelligent and suggested that it is possible to create robots that displayed intelligence by using a "subsumption architecture" which is a type of reactive robotic architecture where a robot can react to the world around them. His paper "Intelligence Without Representation", which is still widely respected in the fields of robotics and Artificial Intelligence, further outlines his theories on this.