Taistoism (Finnish : taistolaisuus) was an orthodox pro-Soviet tendency in the mostly Eurocommunist Finnish communist movement in the 1970s and 1980s. The Taistoists were an interior opposition group in the Communist Party of Finland. They were named after their leader Taisto Sinisalo whose first name means "a battle", "a fight" or "a struggle". Sinisalo's supporters constituted a party within a party, but pressure from the Communist Party of the Soviet Union prevented the party from formally splitting. The term taistolaisuus was a derogatory nickname invented by Helsingin Sanomat and was never used by the group themselves. Although they were sometimes identified as "Stalinists", this was not a central part of their orthodoxy.

Some of the former Taistoists later joined the Left Alliance or have since abandoned Communism altogether.

Taisto Kalevi Sorsa was a Finnish politician who served as Prime Minister of Finland three times: 1972–1975, 1977–1979 and 1982–1987. At the time of his death he still held the record for most days of incumbency as prime minister. He was also a long-time leader of the Social Democratic Party of Finland.

The Finnish men's national ice hockey team, nickname Leijonat / Lejonen, as it is called in Finland, is governed by the Finnish Ice Hockey Association. Finland is one of the most successful national ice hockey teams in the world and a member of the so-called "Big Six", the unofficial group of the six strongest men's ice hockey nations, along with Canada, United States, the Czech Republic, Russia and Sweden. 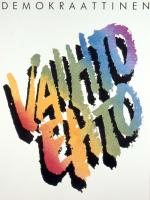 Wigwam is a Finnish progressive rock band formed in 1968. 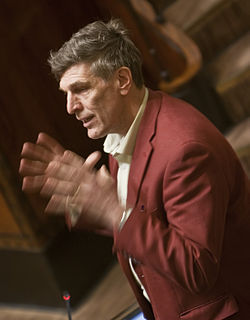 Esko-Juhani Tennilä is Finnish leftist politician from Lapland and member of Parliament since 1975 until 2011.

The Matti Äyräpää Prize is a Finnish prize in medicine awarded by The Finnish Medical Society Duodecim since 1969. It is named after the dentist Matti Äyräpää, who was Duodecim's first chairman.

Seppo Esko Tapani Toiviainen was a Finnish social psychologist and politician. He was a Member of the Parliament of Finland, representing the Finnish People's Democratic League (SKDL) from 1979 to 1986 and the Democratic Alternative (DEVA) from 1986 to 1987. He was also active in the Communist Party of Finland (SKP).