Helsingin Sanomat (approx.: Helsinki times/news), abbreviated HS and colloquially known as Hesari, is the largest subscription newspaper in Finland and the Nordic countries, owned by Sanoma. Except after certain holidays, it is published daily. Its name derives from that of the Finnish capital, Helsinki, where it is published.

The paper was founded in 1889 [1] as Päivälehti , when Finland was a Grand Duchy under the Tsar of Russia. [2]

Political censorship by the Russian authorities, prompted by the paper's strong advocacy of greater Finnish freedoms and even outright independence, forced Päivälehti to often temporarily suspend publication, and finally to close permanently in 1904. [3] Its proprietors re-opened the paper under its current name in 1905. [4]

Founded as the organ of the Young Finnish Party, the paper has been politically independent and non-aligned since the 1932. [1] [5]

Helsingin Sanomat has a long history as a family business, owned by the Erkko family. [6] It is currently owned by the Sanoma media group which also owns Ilta Sanomat . [7]

The relationship between the owners of Helsingin Sanomat and Finland's government have sometimes been close. For instance, during the run-up to the Winter War, Eljas Erkko was at the same time the paper's publisher and Finland's foreign minister.

Helsingin Sanomat is published daily in Finnish in compact format with the exception of the days after public holidays when the paper does not appear. Subscriptions make up 97% of the newspaper's circulation. [11] The front page is usually devoted to advertisements.

The newspaper was published in broadsheet format until 6 January 2013. [12]

The paper also has a monthly supplement named Kuukausiliite (Finnish for "Monthly Supplement"), and a weekly TV guide and entertainment-oriented supplement named Nyt ("Now"). Between 1999 and 2012 there were also both Finnish and English-language online newspaper editions. [13]

Content of Helsingin Sanomat can be accessed also through mobile devices.

Approximately 75% of households in the Greater Helsinki region subscribe to Helsingin Sanomat, and it functions as the region's local paper. Its total daily circulation is well over 400,000, or about 8% of Finland's total population, making it the biggest daily subscription newspaper in the Nordic countries.

The paper is a significant factor in Finnish society and in public opinion. [17] Pertti Klemola, a Finnish journalist and scholar, once called it a state authority, an institution with its own independent social and political will. [18]

Helsingin Sanomat strongly advocated Finland joining the European Union in the run-up to the decision to do so in 1994. It has also openly expressed support for Finland's membership of NATO. [17] In fact, it supports the participation of Finland in all Western institutions. [17]

The International Edition launched on 14 September 1999 with the aim of informing readers of news from Finland during the Finnish presidency of the European Union. [22] It continued after the European presidency owing to the quantity of readers it was getting became one of the major English-language sources of news regarding Finland—making it popular with English-speaking immigrants to the country.

The Finns Party, formerly known in English as the True Finns, is a Finnish right-wing populist political party. It was founded in 1995 following the dissolution of the Finnish Rural Party.

Sanoma Corporation is Finland's largest media group. The company has media business in Finland and a learning business in Belgium, the Netherlands, Poland, Sweden, Norway and Spain, among others. The company is headquartered in Helsinki. At the end of 2019, Sanoma had approximately 3,600 employees. 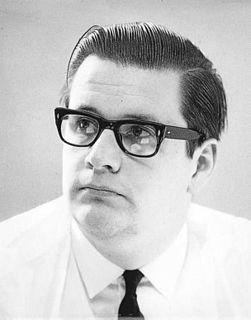 Aatos Juho Michel Erkko was a Finnish newspaper editor, newspaper publisher, and the main owner of the Sanoma Corporation and the newspaper Helsingin Sanomat, of which he was also the editor in chief.

Hufvudstadsbladet is the highest-circulation Swedish-language newspaper in Finland. Its headquarters are located in Helsinki, the capital of Finland. The name of the newspaper translates approximately into "Journal of the Capital", hufvudstad being 19th-century Swedish for capital. The newspaper is informally also called Husis or Höblan.

Turun Sanomat is the leading regional newspaper of the region of Southwest Finland. It is published in the region's capital, Turku, making it the third most widely read morning newspaper in Finland after Helsingin Sanomat and Aamulehti. 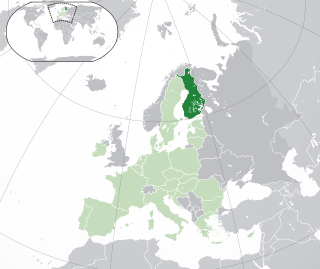 Päivälehti was a newspaper in Finland, which was then a Grand Duchy under the Czar of Russia. The paper was founded in 1889 as the organ of the Young Finnish Party and was published on six days a week. The founding company of the paper was Sanoma which also started its activities in the same year. The founder of the paper was the Finnish journalist Eero Erkko who also served as its editor-in-chief.

Helsinki Times is the first English language daily online newspaper in Finland providing news about Finland and the world for English-speaking readers resident in the country. A weekly printed edition was issued between 2007 and 2015.

Fingerpori is a Finnish comic strip written and drawn by Pertti Jarla. It started in Helsingin Sanomat in February 2007, and is currently syndicated in Satakunnan Kansa, Aamulehti, Karjalainen, Keskisuomalainen, Turun Sanomat and Etelä-Saimaa. Several strip collections in album format have also been published.

Erkki Johan Bäckman is a Finnish political activist, author and legal sociologist. In Russia he is also considered a human rights activist. He has been active in relation to Russian citizens' child custody rights abroad, and is regularly interviewed by the Russian media as a child custody expert. Bäckman has contentious views about Estonia, Latvia and Ukraine, and has been declared persona non grata and denied entry into Estonia, and has been expelled from Moldova.

This article is about lesbian, gay, bisexual and transgender (LGBT) history in Finland.

Digelius Music is a record shop and internet retailer located in Viiskulma, Helsinki, Finland. It has been functioning in more or less the same place since 1971. Officially its business is "retail of music and video recordings." There are several record shops in the same or neighbouring blocks.

Finnair Flight 915 (AY915) was a scheduled flight by Finnair from Tokyo, Japan, over the North Pole to Helsinki, Finland, on 23 December 1987. In 2014, Finnish media reported a claim by two of the flight’s pilots that the Soviet Union had fired a missile at the aircraft, which exploded less than 30 seconds before impact. The allegations came out only in September 2014, when Helsingin Sanomat, the leading Finnish daily newspaper, published an extensive article on the matter. The Finnish Broadcasting Corporation YLE reported on the article on the internet the same day.

Pertti Kurikan Nimipäivät were a Finnish punk rock band, formed in 2009 in a charity workshop for adults with developmental disabilities. Three members of the group have Down's syndrome, while guitarist and bandleader Kurikka is autistic. They are the main focus of the 2012 Finnish documentary film The Punk Syndrome. In 2015, they qualified for the finals of Uuden Musiikin Kilpailu, which they later won; they represented Finland in the Eurovision Song Contest 2015 but got knocked out in the semi-final. The group disbanded in December 2016 when guitarist Pertti Kurikka turned 60 years old and retired from playing punk rock.

Jan Erola is a Finnish journalist, communications consultant and former publisher. Erola is the CEO of Kravat Oy, a communications consultancy company. Kravat has designed and published a professional networking tool software application HookedOn. Formerly he worked as an Associate Director for Kreab, a multinational communications agency, for the London and Helsinki offices. He was the program director of the Helsinki Book Fair 2017–2017. Born in London, Erola has also lived in Oxford with his wife Anne Moilanen and family.