Tamarindo is a town and district of the Santa Cruz canton, located on the Nicoya Peninsula on the Northern Pacific coast of Costa Rica in the Province of Guanacaste. The town of Tamarindo is the largest developed beach town in Guanacaste and the district has a population of 6,375 [1] as of 2011 . Main attractions in the area are surfing and eco-tourism. 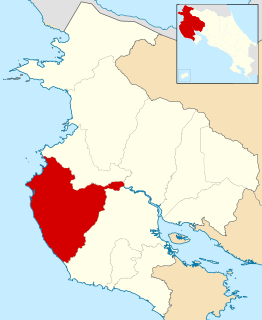 Santa Cruz is the third canton in Guanacaste Province in Costa Rica. The canton covers an area of 1,312.27 square kilometres (506.67 sq mi), and has a population of 60,495. Its capital city is also called Santa Cruz. 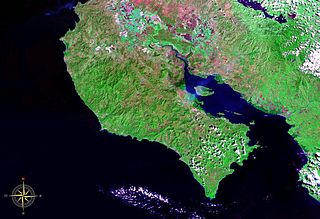 The Nicoya Peninsula is a peninsula on the Pacific coast of Costa Rica. It is divided into two provinces: Guanacaste Province in the north, and the Puntarenas Province in the south. It is located at 10°N 85.4166667°W. It varies from 19 to 37 miles (60 km) wide and is approximately 75 miles (121 km) long, forming the largest peninsula in the country. It is known for its beaches and is a popular tourist destination.

Playa Tamarindo is a long, rocky beach with excellent waves near the mouth of the estuary. Currents can be strong, especially on a falling tide. Tamarindo has two main breaks for advanced surfers: Pico Pequeño a rocky point to the right of the Hotel Tamarindo Diriá and the excellent river mouth break across from Cabinas Tsunami called El Estero. The rest of the beach breaks are perfect for learning. The biggest waves can reach a height of up to 12 feet, although this is a rare occurrence and is only seen during June, July and August.

Some eco-friendly activities that may be done in Tamarindo and neighboring beaches include: watching turtles during their nesting season, diving, snorkeling, body surfing, zip-lining, estuary trips, horseback riding and fishing. During the December to April period when the water turbidity is low, fishing may be done from the shore.

The nesting season is the time of year during which birds and some other animals, particularly some reptiles, build nests, lay eggs in them, and in most cases bring up their young. It is usually in the spring.

The beaches in the area are generally clean and recent efforts by the government and local business organizations are proving themselves. While the beach has not regained its Blue Flag Status, [3] in September 2008 it did get a clean bill of health from the Costa Rican Government. The town is trying to regain its Blue Flag Status. [4]

Tamarindo is the most accessible location along the northern Pacific coast of Costa Rica with an airstrip. There is a scheduled daily bus service to and from San José, and a paved highway from San José with an average driving time of 3.5 to 6 hours depending on traffic.

Tamarindo Airport is a private airport that serves Tamarindo, a coastal resort in Guanacaste province, Costa Rica. It receives daily scheduled flights from San José and Liberia, and private charter services are available. During the rainy season, the airport is frequently closed due to the weather.

The average driving time from the Liberia international airport to Tamarindo is about an hour along route 21 through Palmira, Filedelfia and Belen, and then on route 155 through Huacas. This route is paved all the way, but with just one lane in each direction. However, just as you reach the small town of Villareal, there is a busy 3-way intersection with route 152. It has no traffic lights but does have proper signalisation. However, it is still wise to be careful as motorcycles, bicycles and pedestrians will often go right through the intersection without stopping or even slowing down.

Route 152 into Tamarindo has a steep hill with a blind curve, therefore additional care is needed both entering and leaving Tamarindo. There are also many shops along this route, so it is common for cars to appear without warning. The last turn into town, just as the ocean appears, has a tall cliff on the left with limited views of oncoming traffic. There are often cars and trucks parked on both sides of the road, sometimes leaving only a single lane for vehicles in both directions.

The nearby town of Villareal has a both a public Elementary school and a public High-school, two full size soccer fields, multiple restaurants, two large stores, multiple hardware stores, a police station, a church, several car repair shops and a fuel station.

A branch office of the regional law firm Expertis Legal is located in Tamarindo center.

There are 4 supermarkets in the area.

There is a fair-sized farmers market between the beginning of the road to Langosta every Saturday morning, which has a variety of items for sale, not just food. You will usually find at least a few dozen vendors there. There is also a smaller farmers market in Villareal, at the corner of the soccer field, every Friday morning, but it only has fruits and vegetables.

There are 3 banks in Tamarindo.

Retail shops and restaurants love the American dollar. However, as a rule of thumb, don't use anthing over a $20 bill...forget using a $100. You will get change in colons.

There are several shops in Tamarindo that sell and rent surf boards. They also sell related equipment and clothing. 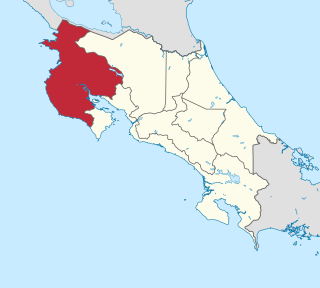 Guanacaste is a province of Costa Rica located in the northwestern region of the country, along the coast of the Pacific Ocean. It borders Nicaragua to the north, Alajuela Province to the east, and Puntarenas Province to the southeast. It is the most sparsely populated of all the provinces of Costa Rica. The province covers an area of 10,141 km2 (3,915 sq mi) and as of 2010, had a population of 354,154. 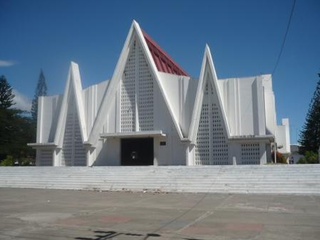 Liberia is the capital and largest city of Guanacaste province, Costa Rica, located 215 kilometres (134 mi) northwest of the national capital, San José, in the canton with the same name. 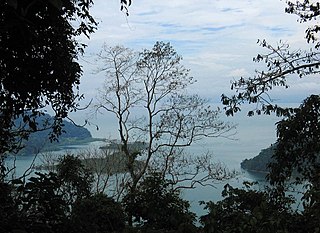 Golfito is a port town in Puntarenas Province on the southern Pacific Coast of Costa Rica, near the border of Panama. The town lies on a narrow strip of land between the eponymous bay and a hill and consists of two parts, the town proper and shopping area to the south, and a residential area near the port. Still further north are the duty-free zone and an airstrip. 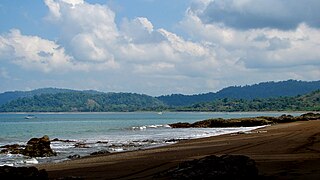 Bahía Drake is a small bay on the north side of the Osa Peninsula on the coast of southwestern Costa Rica.

Xcalak is a village of 375 inhabitants in the municipality of Othón P. Blanco, Quintana Roo, on the Caribbean coast of Mexico. It is one of the last "unspoiled" stretches of Mexican Caribbean located on the southern end of the Costa Maya. The world's second largest barrier reef passes just off-shore from Xcalak and it is also a departure point for dive trips to the Chinchorro Banks atoll reef system. It is designated a Mexican national reef park and is an excellent site for snorkeling, scuba diving and fly fishing. It is 60 kilometers (37 mi) south of Mahahual, the site of a new large cruise ship pier, and just north of the border with Belize. The Mahahual pier was destroyed by hurricane Dean in 2007. This section of coast is now being developed by the tourism industry and has a growing number of Americans and other expatriates investing in beach front property north of town. However, development is nowhere close to the degree of development of its Northern cities Cancún and Playa del Carmen. 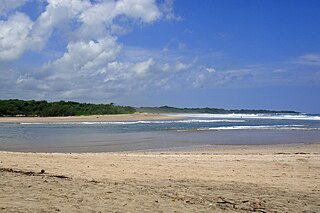 The Las Baulas National Marine Park, in Spanish Parque Nacional Marino Las Baulas is a National Park of Costa Rica, part of the Tempisque Conservation Area, and covers approximately 43.243 acres marine just north of the town of Tamarindo. It supports the largest nesting colony of leatherback sea turtles on the Pacific coast of the Americas. Female leatherbacks often come ashore at Playa Grande between October and May to lay their eggs. 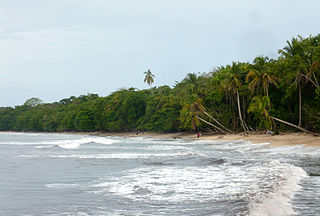 Cahuita National Park is a terrestrial and marine national park in the Caribbean La Amistad Conservation Area of Costa Rica located on the southern Caribbean coast in Limón Province, connected to the town of Cahuita. It protects beaches and lowlands and attracts tourists and other visitors who are able to snorkel in the protected marine area which contains the coralline reefs, as well as being a nesting ground for sea turtles. It covers a land area of 2,732 acres (1,106 ha), and a marine area of 55,200 acres (22,300 ha). February through April typically have the best underwater visibility. This is also one of the nicest and least developed beaches in Costa Rica. 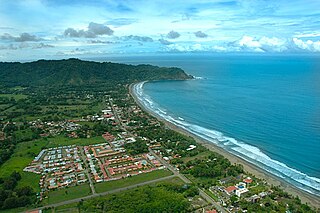 Jacó is a resort city on the Pacific Coast of Costa Rica in Central America. Located in the county of Garabito in the Puntarenas province, the city has a population of approximately 10,000 residents. Jacó's beach is 4 km (2.5 mi) long and offers some of the best surfing in Costa Rica.

Playa Grande, also known as Salinas, is a beach community on the Pacific coast of Costa Rica just north of Tamarindo. Playa Grande is internationally popular as one of Costa Rica’s best surfing spots as well as being part of Parque Nacional Marino Las Baulas, a nesting ground of the largest marine reptile, the leatherback turtle.

Tamarindo River is a river in the Guanacaste Province of Costa Rica. The estuary is adjacent to the town of Tamarindo. The river spans 490 hectares and serves as the natural border between Tamarindo and Playa Grande. The estuary is home to much wildlife, including ospreys, herons and kingfishers in addition to howler monkeys and coatimundis. In particular, it hosts the American Crocodile, which draws tourists to the estuary. The river estuary is a popular place for surfing despite the local caiman population. 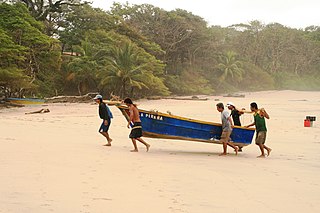 Nosara is a village and district in the Nicoya canton, Guanacaste province of Costa Rica on the Pacific Coast. 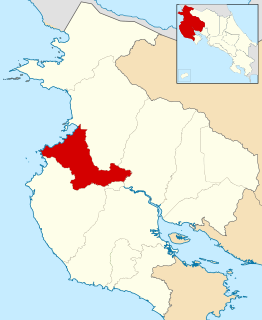 Carrillo is the fifth canton in the province of Guanacaste in Costa Rica. The canton covers an area of 577.54 km², and has a population of 39,731. Its capital city is Filadelfia. The name of the canton is in honor of former head of state Braulio Carrillo Colina. 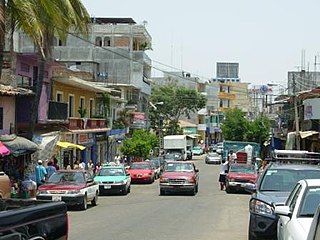 Pinotepa Nacional is a city and seat of the municipality of the same name, in the Mexican state of Oaxaca. 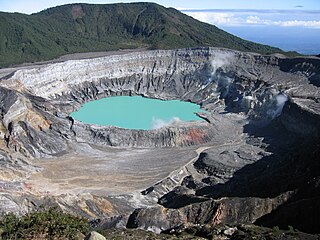 Tourism in Costa Rica is one of the fastest growing economic sectors of the country and by 1995 became the largest foreign exchange earner. Since 1999, tourism earns more foreign exchange than bananas, pineapples and coffee exports combined. The tourism boom began in 1987, with the number of visitors up from 329,000 in 1988, through 1.03 million in 1999, over 2 million in 2008, to a historical record of 2.66 million foreign visitors in 2015. In 2012, tourism contributed with 12.5% of the country's GDP and it was responsible for 11.7% of direct and indirect employment. In 2009, tourism attracted 17% of foreign direct investment inflows, and 13% in average between 2000 and 2009. In 2010, the tourism industry was responsible for 21.2% of foreign exchange generated by all exports. According to a 2007 report by ECLAC, tourism contributed to a reduction in poverty of 3% in the country. 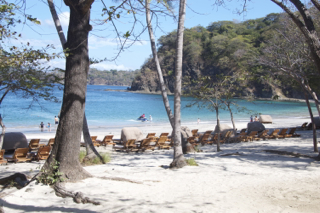 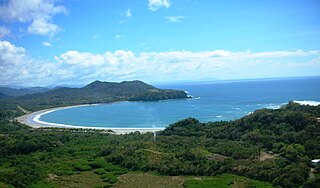 Puerto Carrillo is a district and village in the canton of Hojancha, Guanacaste Province in Costa Rica.

Playa Hermosa, located in the Guanacaste province of Costa Rica, is a popular beach and beach-front resort town.

Huacas District is a district and village in the canton of Hojancha, Guanacaste Province in Costa Rica.