The Bangladesh women's national cricket team is the team that represents the country of Bangladesh in international women's cricket matches. They made their international debut when they played, and won, two matches against Thailand in July 2007 before participating in and winning the 2007 ACC Women's Tournament. Bangladesh were granted One-Day International (ODI) status in 2011 after finishing fifth in the 2011 Women's Cricket World Cup Qualifier. They played subsequently qualified for the 2014 ICC Women's World Twenty20, making their first appearance at a top-level women's international tournament.They are the current champion of ACC Women's Asia Cup.

2021 in sports describes the year's events in world sport. 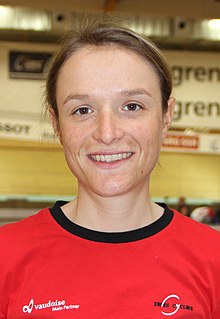 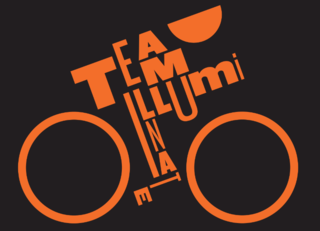 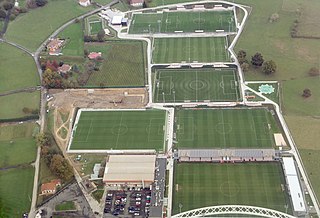 The Lezama Facilities, is the training ground and academy of the Primera Division club Athletic Bilbao. Located in the Lezama village around 10 km east of Bilbao, it was opened in 1971.

Ellie Blackburn is an Australian rules footballer playing for the Western Bulldogs in the AFL Women's (AFLW). She has served as Western Bulldogs captain since 2019, including as co-captain with Katie Brennan in 2019. 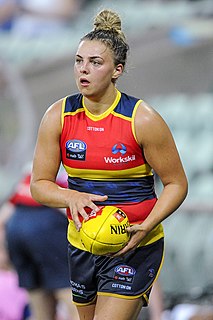 The 2022 UEFA Women's Championship will be the 13th edition of the UEFA Women's Championship, the quadrennial international football championship organised by UEFA for the women's national teams of Europe. It will be the second edition since it was expanded to 16 teams. The final tournament will be hosted by England and was originally scheduled to take place from 7 July to 1 August 2021, with the final to take place at Wembley Stadium. However, following the COVID-19 pandemic and subsequent postponements of the 2020 Summer Olympics and UEFA Euro 2020 to summer 2021, the tournament was rescheduled and will take place from 6 to 31 July 2022. England last hosted the tournament in 2005, the last edition featuring eight teams.

The 2021 UEFA Women's Under-17 Championship qualifying competition is a women's under-17 football competition that will determine the seven teams joining the automatically qualified hosts Faroe Islands in the 2021 UEFA Women's Under-17 Championship final tournament. Players born on or after 1 January 2004 are eligible to participate.

The 2021 UEFA Women's Under-19 Championship qualifying competition is a women's under-19 football competition that will determine the seven teams joining the automatically qualified hosts Belarus in the 2021 UEFA Women's Under-19 Championship final tournament. Players born on or after 1 January 2002 are eligible to participate.

Georgia Patrikios is an Australian rules footballer playing for the St Kilda Football Club in the AFL Women's (AFLW). Patrikios received a nomination for the 2020 AFL Women's Rising Star award in round 1 of the 2020 season, her debut match, and was one of four inaugural St Kilda best and fairest winners that year.

The 2020–21 FIS Cross-Country World Cup is the 40th official World Cup season in cross-country skiing for men and women.

The 2021 World Women's Curling Championship is scheduled to be held from March 20 to 28 at the Curlinghalle Schaffhausen in Schaffhausen, Switzerland.