Ten Duinen Abbey or the Abbey of the Dunes (Dutch : Abdij Ten Duinen) was a Cistercian monastery at Koksijde in what is now Belgium. It was one of the richest and most influential religious institutions in the medieval County of Flanders. It later relocated to the city of Bruges.

A religious community was founded in the dunes near Koksijde by the hermit Ligerius in 1107. In 1120 the community took the Rule of St Benedict as its rule of life, and in 1139 it became affiliated to the Cistercian Order. Partly through donations and partly through land reclamation work in the dunes and polders, the monastery developed extensive landholdings on which the lay brothers reared sheep, producing wool for the cloth trade. A dependent house was established at Eastchurch, in Kent, to export wool from England, but was later sold to Boxley Abbey. [1] The daughter house Ter Doest Abbey was founded in 1175 and also became rich and influential.

New buildings were begun in 1214 and completed in 1237, to house a community of approximately 400 monks and lay brothers. The new church was consecrated by the bishops of Thérouanne and Tournai on 13 October 1262.

On 9 April 1796, during the French occupation of Belgium, the abbey was suppressed and its goods confiscated. In 1833 the diocesan seminary of Bruges was established in the monastic buildings. Excavations of the ruins of the medieval buildings in the dunes near Koksijde began in 1897. [3] Several campaigns have been undertaken since, most notably in 1955 and in 1987–88. [4] The ruins are now a museum site.

SaintIdesbald (Idesbaldus) was a Cistercian monk and abbot of Ten Duinen Abbey.

Herkenrode Abbey was monastery of Cistercian nuns located in Kuringen, part of the municipality of Hasselt, which lies in the province of Limburg, Belgium.

The Saint Bavo Cathedral is an 89-meter-tall Catholic, Gothic cathedral in Ghent, Belgium. It is the seat of the diocese of Ghent, is named for Saint Bavo of Ghent, and contains the well-known Ghent Altarpiece.

Ter Doest Abbey was a Cistercian abbey in Belgium, in the present Lissewege, a district of Bruges, West Flanders.

St. Trudo's Abbey, Bruges is a community of the Canonesses Regular of the Holy Sepulchre. It originated in Bruges in the 11th century, and between 1954 and 2013 was settled in Male Castle in Male, Sint-Kruis, Bruges, West Flanders, Belgium.

Roosenberg Abbey was established in 1238 at Waasmunster, halfway between Ghent and Antwerp. The abbey is still operating at Waasmunster, though not on its original site. Its 750-year history has not been uninterrupted.

Bethlehem Abbey in the village of Bonheiden, Belgium, is a house of Benedictine nuns of the Subiaco Cassinese Congregation. The monastery was built in 1965 as a Redemptorist house but was transferred to the Benedictines in 1975.

The Campo Santo of Ghent, Belgium, is a famous Roman Catholic public burial ground in Sint-Amandsberg. The Campo Santo has been declared an historical monument by the government. This cemetery is located in the district of Dampoort.

Bernard Campmans, a native of Douai, was the 40th Abbot of Dunes from 1623 to 1642. He reclaimed the rights of the defunct Ter Doest Abbey for the mother house, and was responsible for the community's re-establishment in Bruges after decades of temporary accommodation at a monastic grange following the destruction of the medieval abbey buildings in Koksijde during the Dutch Revolt. 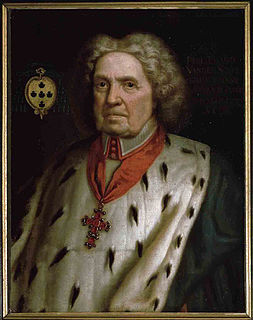 St. Stefanus is a Catholic parish church in Ghent, Belgium, part of an Augustinian monastery. It is dedicated to St. Stephen. The present building dates from 1841.

Ninove Abbey, of which only the church remains in the center of Ninove, in the province of East Flanders, Belgium was a monastery of the Premonstratensian Order.

The Major Seminary of Ghent was an institution for the training of Catholic clergy for the diocese of Ghent, first founded in 1569. It has been established at three different locations in the city. Since 2006 diocesan clergy from Ghent have been trained in Leuven.