Terry Adams (born August 14, 1948) is an American pianist/composer and a founding member of the musical group NRBQ (New Rhythm and Blues Quintet/Quartet), known for decades of extensive touring, energetic and humorous live shows, and wide-ranging musical repertoire, including rock, blues, country, pop, and jazz. NRBQ ceased performing in 2004, leading Adams to form the Terry Adams Rock and Roll Quartet in 2007. In March 2011, Adams announced that he was changing the name of the band to NRBQ. A new NRBQ CD, Keep This Love Goin', heralded the move.

Adams was born in Louisville, Kentucky where he met fellow resident Steve Ferguson, a singer and guitarist who also became a charter member of NRBQ. His older brother Donn Adams has served the band in various support roles, including originally coining the NRBQ name, playing the trombone (as part of the "Whole Wheat Horn" section), and writing liner notes.

While Adams spent his early musical years playing in various rock and R&B groups in and around Louisville, he and Ferguson eventually arrived in Florida, where they met up with three other musicians (singer/bassist Joey Spampinato, drummer Tom Staley, and singer Frank Gadler) who joined them to launch NRBQ in 1967. The group relocated to the northeast, and a recording contract with Columbia Records followed soon thereafter. However, most of NRBQ's subsequent recorded works have been released on smaller, independent labels. Although the group has made personnel changes over the years, Adams has remained in the lineup throughout the band's history. The band worked almost constantly, either in the studio or on the road, from their formation until 2004, when the group went on a hiatus for several years, interrupted only by a few select concert dates. After NRBQ stopped performing, Adams continued to record and tour as a solo artist and with other musicians. 2006 saw the release of Louisville Sluggers, a collaboration with former bandmate Ferguson, and an accompanying tour. Aftwerward, Adams released Rhythm Spell and Holy Tweet, [1] and began touring with his new group, the Terry Adams Rock & Roll Quartet, [2] [3] In a March 2011 letter to his fans on NRBQ.com, Adams revealed that in 2004 he had been diagnosed with stage 4 throat cancer, which was at the time of the letter in remission. In the same letter, Adams also announced the rebranding of his quartet as the new NRBQ. The band's members are Adams, Scott Ligon on guitar and vocals, Casey McDonough on bass and vocals, and John Perrin on drums.

Adams has focused much of his career on playing, writing, and singing with NRBQ, but he has found time to devote to other projects, including the discovery and production of the musically untrained sisters comprising The Shaggs; live and recorded work with jazz composer Carla Bley's band in the 1970s; collaborations with spoken word artist David Greenberger; solo recordings and performances; a duet recording with alto saxophonist Marshall Allen (known for his long career with the Sun Ra Arkestra); and the recent performances and recordings described above. 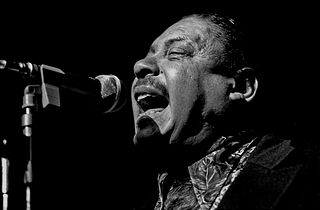 Joseph Vernon "Big Joe" Turner Jr. was an American blues shouter from Kansas City, Missouri. According to songwriter Doc Pomus, "Rock and roll would have never happened without him." His greatest fame was due to his rock-and-roll recordings in the 1950s, particularly "Shake, Rattle and Roll", but his career as a performer endured from the 1920s into the 1980s. 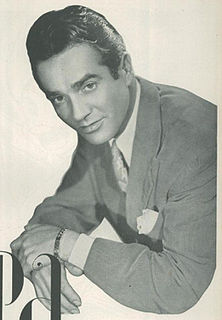 Eugene Bertram Krupa was an American jazz drummer, band leader, actor, and composer known for his energetic style and showmanship. His drum solo on "Sing, Sing, Sing" (1937) elevated the role of the drummer from an accompanying line to an important solo voice in the band.

A bandleader is the leader of a music group such as a rock or pop group or jazz quartet. The term is most commonly used with a group that plays popular music as a small combo or a big band, such as one which plays jazz, blues, rhythm and blues or rock and roll music. Most bandleaders are also performers with their own band, either as singers or as instrumentalists, playing an instrument such as electric guitar, piano, or other instruments. 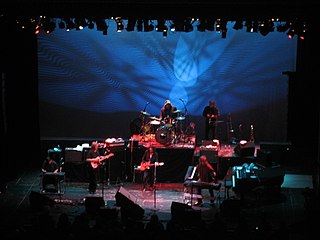 NRBQ is an American rock band founded by Terry Adams (piano), Steve Ferguson (guitar) and Joey Spampinato (bass). The year the group initially formed was 1965/6. Adams disbanded the group for a time which reformed in 1967. It is known for its live performances, containing a high degree of spontaneity and levity, and blending rock, pop, jazz, blues and Tin Pan Alley styles. Its current membership comprises the quartet of pianist Adams, bassist Casey McDonough, guitarist Scott Ligon, and drummer John Perrin. Some of the more notable members in the band's long history are guitarists Al Anderson and Johnny Spampinato; drummers Tom Staley and Tom Ardolino; and vocalist Frank Gadler.

Mylon R. LeFevre is an American Christian rock singer best known for his work with his band Mylon and Broken Heart. He is a member of the Gospel Music Hall of Fame. He currently travels around the United States, ministering, teaching and singing. He sometimes can be seen on television networks, such as TBN and Daystar.

George Rufus Adams was an American jazz musician who played tenor saxophone, flute and bass clarinet. He is best known for his work with Charles Mingus, Gil Evans, Roy Haynes and in the quartet he co-led with pianist Don Pullen, featuring bassist Cameron Brown and drummer Dannie Richmond. He was also known for his idiosyncratic singing.

Nino Tempo is an American musician, singer, and actor.

Joseph Nicholas "Joey" Spampinato is a multi-instrumentalist and was a founding member and bass player of NRBQ. He was also one of the band's lead singers and chief songwriters. Before NRBQ he played in several bands, including The Seven of Us, which in 1967 while in Miami, Florida, met another band, The Mersey-Beats USA. The bands merged to form NRBQ. On the group's first two albums, NRBQ and Boppin' the Blues Spampinato is credited as "Jody St. Nicholas." 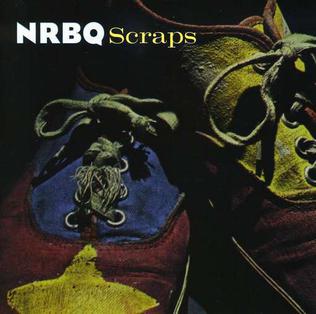 Scraps is an album by the rock band NRBQ, released in 1972 on Kama Sutra Records, which also released their next album, Workshop. It is the group's first album with guitarist/vocalist Al Anderson, who would remain with the band for over twenty years. Anderson replaced previous guitarist Ken Sheehan. Anderson was prohibited from singing lead vocals on the album due to an existing contract as a solo artist with Vanguard Records. Frankie Gadler, the group's original vocalist, sings lead on most of the songs, although Joey Spampinato, credited as Jody St. Nicholas, sings on "Only You" featuring the use of a toy piano. A promotional version of the album was released with a different cover, entitled "Changes."

Pete Donnelly is an American bass player, singer, songwriter and founding member of The Figgs. Born in Saratoga Springs, New York, Donnelly is based in Philadelphia. In November 2007 Donnelly began playing with keyboardist Terry Adams, a founder of NRBQ, in the Terry Adams Rock & Roll Quartet. Adams rechristened the band NRBQ in March 2011. Donnelly played in the group until September 2012. Donnelly has also worked with Soul Asylum, Tommy Stinson, Mike Viola and the Candy Butchers and others. In 2015, Grammy Winning artist Shelby Lynne released her album, I Can't Imagine, the title track was co-written by Donnelly. 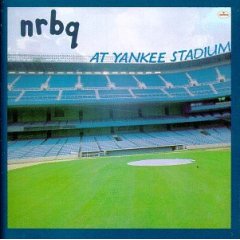 At Yankee Stadium is the sixth studio album from NRBQ, released in 1978 on Mercury Records. In keeping with the band's sense of humor, the album's title is a joke; the album credits read "Recorded at Bearsville Studios, November 1977 ". The packaging includes photographs of the band members in an otherwise empty Yankee Stadium; these were taken as a birthday treat for bass player and founding band member Joey Spampinato, when his bandmates arranged a private visit to the ballpark. Spampinato, a Bronx native, is a lifelong Yankees fan. 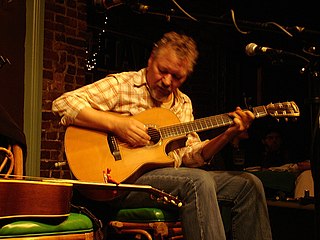 Thomas Robert Ardolino was an American rock drummer best known as a member of NRBQ. 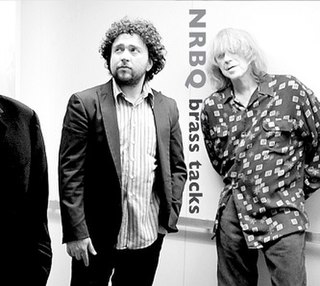 Brass Tacks is an album by the rock band NRBQ. It was released by Clang! Records on June 17, 2014. It was NRBQ's third album since the band was re-formed by founding member Terry Adams in 2011. Besides Adams on keyboards and vocals, Brass Tacks features Scott Ligon on guitar and vocals, Casey McDonough on bass and vocals, and Conrad Choucroun on drums. 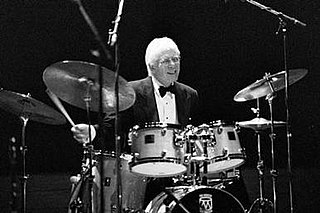