The law guarantees Texas students who graduated in the top ten percent of their high school class automatic admission to all state-funded universities. The bill was created as a means to avoid the stipulations from the Hopwood v. Texas appeals court case banning the use of affirmative action. The Supreme Court ruled in Grutter v. Bollinger (2003) that affirmative action in college admissions was permissible, effectively overruling Hopwood. UT Austin then reinstated affirmative action for the seats not filled by the Top Ten Percent law.

The law only guarantees admission into university. Students must still find the means to pay, and may not achieve their desired choice of major. (Another existing law, which preceded 588, provides a full tuition scholarship for the class valedictorian of a Texas high school for their freshman year at a state public school.)

The Texas "Top 10% Plan" is a transition from a race based policy known as affirmative action. Under a policy such as Texas' Top 10% plan, it is believed that student enrollment for minority students specifically would follow a mismatch hypothesis. This hypothesis predicts that the rates of minority students graduation and retention would improve under the newly established plan in opposition to affirmative action. This mismatch theory would be a result of students finding a university that is a better match for them academically, rather than overreaching and becoming overshadowed. [1]

The law has drawn praise and criticism alike. Supporters of the rule argue that it ensures geographic and ethnic diversity in public universities. They also point out that students admitted under the legislation performed better in college than their counterparts. [2] The law has been blamed for keeping students not in the top ten percent but with other credentials, such as high SAT scores or leadership and extracurricular experience, out of the larger "flagship" state universities, such as the University of Texas at Austin and Texas A&M University, College Station. UT-Austin has argued for several years that the law has come to account for too many of its entering students, with 81 percent of the 2008 freshmen having enrolled under it. [3]

Some administrators, such as former University of Texas at Austin President Larry Faulkner, have advocated capping the number of top ten percent students for any year at one half of the incoming class. Others have suggested a move to a top seven percent law. However, until May 2009 the Texas Legislature had not revised the law in any way since its inception. A 2007 measure (HB78) was introduced during the 80th Regular Session (2007) but never made it out of committee.

Under legislation approved in May 2009 by the Texas House as part of the 81st Regular Session (Senate Bill 175), UT-Austin (but no other state universities) was allowed to trim the number of students it accepts under the 10% rule; UT-Austin could limit those students to 75 percent of entering in-state freshmen from Texas. The University would admit the top 1 percent, the top 2 percent and so forth until the cap is reached, beginning with the 2011 entering class. UT System Chancellor Francisco Cigarroa and UT-Austin President William Powers Jr. had sought a cap of about 50 percent, but lawmakers (led by Representatives Dan Branch (R-Dallas) and Rep. Mike Villarreal (D-San Antonio)) brokered the compromise.

A study in 2011 found that the law created a perverse incentive for students to transfer to a high school with lower-achieving peers, in order to graduate in that school's top percent. [4] 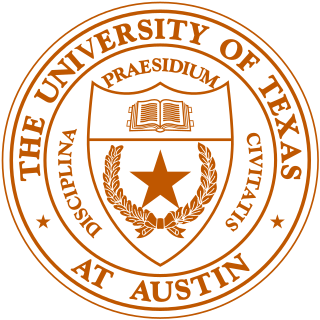 Affirmative action, which incorporates some features from the two distinct British concepts of "positive discrimination" and "positive action", is a set of policies that support members of disadvantaged groups that have previously suffered discrimination in such areas as education, employment, or housing. Historically and internationally, support for affirmative action has sought to achieve goals such as bridging inequalities in employment and pay, increasing access to education, promoting diversity, and redressing apparent past wrongs, harms, or hindrances.

Reverse discrimination is discrimination against members of a dominant or majority group, in favor of members of a minority or historically disadvantaged group. Groups may be defined in terms of disability, ethnicity, family status, gender identity, nationality, race, religion, sex, and sexual orientation, or other factors.

Regents of the University of California v. Bakke, 438 U.S. 265 (1978), was a landmark decision by the Supreme Court of the United States. It upheld affirmative action, allowing race to be one of several factors in college admission policy. However, the court ruled that specific racial quotas, such as the 16 out of 100 seats set aside for minority students by the University of California, Davis School of Medicine, were impermissible.

Grutter v. Bollinger, 539 U.S. 306 (2003), was a landmark case of the Supreme Court of the United States concerning affirmative action in student admissions. The Court held that a student admissions process that favors "underrepresented minority groups" does not violate the Fourteenth Amendment's Equal Protection Clause so long as it takes into account other factors evaluated on an individual basis for every applicant. 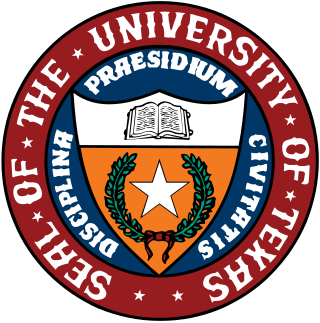 The University of Texas System is a government entity of the state of Texas that includes 14 higher educational institutions throughout the state including eight universities and six health institutions. The UT System is headquartered in Downtown Austin, and has a total enrollment of nearly 240,000 students and employs 21,000 faculty and more than 83,000 health care professionals,researchers and support staff. The UT System's $30 billion endowment is the largest of any public university system in the United States. As of 2018, Reuters ranks the UT System among the top 10 most innovative academic institutions in the world.

Proposition 209 is a California ballot proposition which, upon approval in November 1996, amended the state constitution to prohibit state governmental institutions from considering race, sex, or ethnicity, specifically in the areas of public employment, public contracting, and public education. Modeled on the Civil Rights Act of 1964, the California Civil Rights Initiative was authored by two California academics, Glynn Custred and Tom Wood. It was the first electoral test of affirmative action policies in America. 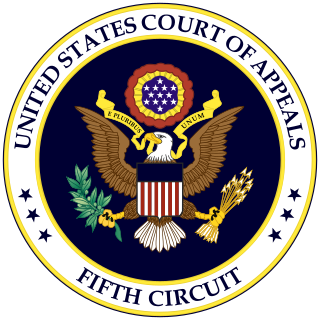 Hopwood v. Texas, 78 F.3d 932, was the first successful legal challenge to a university's affirmative action policy in student admissions since Regents of the University of California v. Bakke. In Hopwood, four white plaintiffs who had been rejected from University of Texas at Austin's School of Law challenged the institution's admissions policy on equal protection grounds and prevailed. After seven years as a precedent in the U.S. Court of Appeals for the Fifth Circuit, the Hopwood decision was abrogated by the U.S. Supreme Court in 2003.

The University of Texas School of Law is one of the professional graduate schools of the University of Texas at Austin. Texas Law is consistently ranked as one of the top law schools in the United States and admits roughly 20% of its applicants. It is widely considered to be the best law school in both Texas and the Southwest. Every year, Texas Law places a significant part of its class into law firms, where median base salaries start at $190,000. According to Texas Law's 2016 disclosures, 80.66% of the Class of 2016 obtained full-time, long-term, JD-required employment nine months after graduation.

Affirmative action in the United States is a set of laws, policies, guidelines, and administrative practices "intended to end and correct the effects of a specific form of discrimination" that include government-mandated, government-sanctioned and voluntary private programs. The programs tend to focus on access to education and employment, granting special consideration to historically excluded groups, specifically racial minorities or women. The impetus toward affirmative action is redressing the disadvantages associated with past and present discrimination. Further impetus is a desire to ensure public institutions, such as universities, hospitals, and police forces, are more representative of the populations they serve.

The Whites Only Scholarship was founded in 2004 by Jason Mattera, a Hispanic Roger Williams University student and member of the school Republican Party. The scholarship was a proposal to parody and highlight what Mattera perceives as inequity and unfairness of racial preferences at his school and other educational institutions in America. While a parody, it was still executed. The winner, architecture major Tony Capriccio, was awarded a cash award. Mattera himself is of Puerto Rican descent and received a $5,000 scholarship open only to a minority group.

Fisher v. University of Texas, 570 U.S. 297 (2013), also known as Fisher I, is a United States Supreme Court case concerning the affirmative action admissions policy of the University of Texas at Austin. The Supreme Court voided the lower appellate court's ruling in favor of the University and remanded the case, holding that the lower court had not applied the standard of strict scrutiny, articulated in Grutter v. Bollinger (2003) and Regents of the University of California v. Bakke (1978), to its admissions program. The Court's ruling in Fisher took Grutter and Bakke as given and did not directly revisit the constitutionality of using race as a factor in college admissions.

Schuette v. Coalition to Defend Affirmative Action, 572 U.S. 291 (2014), was a case before the United States Supreme Court concerning affirmative action and race- and sex-based discrimination in public university admissions. The Court held that the Fourteenth Amendment's Equal Protection Clause does not prevent states from enacting bans on affirmative action in education.

Wallace L. Hall Jr. is an American investor who served a controversial six-year term as a member of the University of Texas System Board of Regents. Hall was appointed in February 2011 by Governor Rick Perry, and was replaced in February 2017.

Matthew Daniel Rinaldi is an attorney from Irving, Texas, who is a Republican former member of the Texas House of Representatives for District 115 in Dallas County.

Richard Henry Sander is a professor of law at the UCLA School of Law and a critic of affirmative action, primarily known for the mismatch theory.

Affirmative action refers to activities or policies that seek to help groups that are often affected by discrimination obtain equal access to opportunities, particularly in areas such as employment and education. In the early 2000s, the use of race, gender, and other factors in college and university admissions decisions came under attack. The University of Michigan was sued several times by students who felt they were denied admittance because they were white, and the idea of eliminating measures that provided women, minorities, and others with preferential treatment gained momentum. In 2006, voters approved Proposal 2—also called the Michigan Civil Rights Initiative—which "amend[ed] the Michigan Constitution to ban public institutions from discriminating against or giving preferential treatment to groups or individuals based on their race, gender, color, ethnicity, or national origin in public education, public employment, or public contracting". As a result, the university was prohibited from considering race as part of its holistic admissions process. Minority enrollment decreased, and the university was forced to develop alternative strategies to increase diversity among its student population.

Marc A. Levin is an American attorney who serves as director of the Center for Effective Justice and the Right on Crime initiative at the Texas Public Policy Foundation in Austin, Texas. An advocate for conservative criminal justice reform, he co-founded Right on Crime in 2010.