The Alzheimer Case (also known as The Alzheimer Affair or The Memory of a Killer; Dutch : De zaak Alzheimer) is a 2003 Belgian action thriller film directed by Erik Van Looy, based on the novel De zaak Alzheimer by Jef Geeraerts. It follows an assassin with Alzheimer's disease, who plans to retire but ends up becoming a target himself after he refuses to kill a young girl.

Angelo Ledda, a former hitman for organized crime, agrees to a last killing, despite his recently developed Alzheimer's disease. He is to kill two people; on killing the first and recovering a package from the first victim, he then learns the second victim is Bieke, a twelve-year-old girl pimped by her father, who had been recently busted, but then killed by police trying to escape. Ledda refuses to kill a child. Resultantly, his employer, Seynaeve, has another hitman kill Bieke and orders him to kill Ledda. Ledda kills the hitman first but only after the hitman kills a prostitute who had befriended him.

As a result, Ledda decides to kill Seynaeve. He also reviews the contents of the package, and discovers that his employer had Bieke and the first target killed to cover for several individuals who had used the services of the child. He decides to clean house by killing them all, several of whom are high-ranking government officials. Ledda's Alzheimer's condition (for which he takes an experimental drug) periodically impacts him throughout the movie, resulting in disorientation and his being seemingly forgetful of what he was doing for a brief period of time. It grows worse as the movie progresses.

In his attempts to seek revenge upon his employers, Ledda contends with police pursuit. Two detectives in particular (Vincke, and Verstuyft) seem to be one step behind him. Ledda toys with the police, although he ends up with a gunshot wound to the arm from Verstuyft because of attempting to talk to Vincke at one point.

Ledda kills all of his intended targets, except the last, a high-ranking government official, Baron de Haeck, who manages to get away because of Ledda's worsening Alzheimer's, which leads him to forget to put the firing pin in his silenced pistol when preparing for the hit.

Ledda is captured by the police, and between his worsening mental condition, and his gunshot wound, is bed-ridden and in poor health. The prosecutor, Bracke, who is in the pocket of the Baron, tries to have a court-appointed psychiatrist kill Ledda, which results in Ledda making a hasty escape. Ledda ends up meeting the two detectives in a car, and gives them a clue as to the whereabouts of a tape from the safety deposit box which implicates the Baron in murder.

The corrupt police close in and surround the car, placing all inside at risk. Ledda decides to sacrifice himself by making a run from the car, and is gunned down. The movie ends with the detectives finding the tape and watching the Baron getting arrested.

The film holds an 84% approval rating on review aggregator Rotten Tomatoes, with 68 reviews tallied. The critical consensus statement reads: "Even though The Memory of a Killer is standard genre fare, it is also engaging and stylish." [1]

Roger Ebert gave the film three and a half stars out of four, praising the performance of Decleir, whom he compared to Anthony Quinn. [2]

An American remake of the film directed by Martin Campbell and starring Liam Neeson began filming in Bulgaria in April 2021. [3] 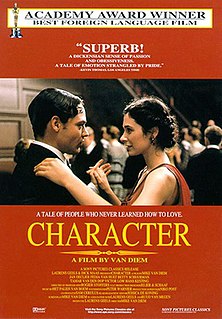 Character is a 1997 Dutch-Belgian film, based on the best-selling novel by Ferdinand Bordewijk and directed by Mike van Diem. The film won the Academy Award for Best Foreign Language Film at the 70th Academy Awards. The film stars Fedja van Huêt, Jan Decleir, and Betty Schuurman. 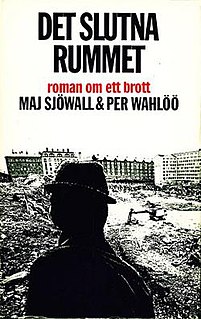 The Locked Room is a mystery novel by Swedish writers Maj Sjöwall and Per Wahlöö, published in 1972. It is part of their detective series revolving around Martin Beck and his team. 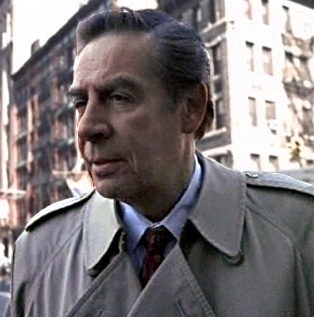 Leonard W. Briscoe was a fictional character on NBC's long-running police procedural and legal drama television series Law & Order. He was created by Walon Green and René Balcer and portrayed by Jerry Orbach. He was featured on the show for 12 seasons, from 1992 to 2004, making him one of the longest-serving main characters in the series' history, as well as the longest-serving police detective on the show. He also appeared in three Law & Order spin-offs and was part of the original cast of Law & Order: Trial by Jury, appearing in the first two episodes prior to his death. He appears in 282 episodes, the TV movie Exiled and the Law & Order video games Law & Order: Dead on the Money, Law & Order: Double or Nothing, Law & Order: Justice is Served and Law & Order: Legacies. 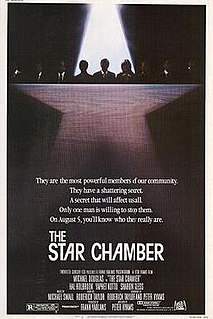 The Star Chamber is a 1983 American crime thriller film starring Michael Douglas, Hal Holbrook, Yaphet Kotto, Sharon Gless, James B. Sikking, and Joe Regalbuto. The film was written by Roderick Taylor and Peter Hyams and directed by Hyams. Its title is taken from the name of the Star Chamber, the notorious 15th−17th-century English court. 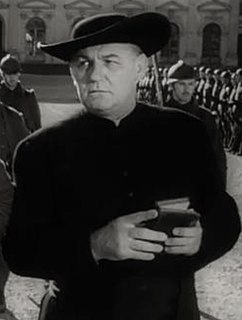 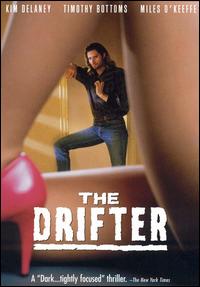 The Drifter is a 1988 thriller movie starring Kim Delaney, Timothy Bottoms, Al Shannon, Miles O'Keeffe and Anna Garduno. The film is about a successful single woman who picks up a mysterious hitchhiker on a deserted road. 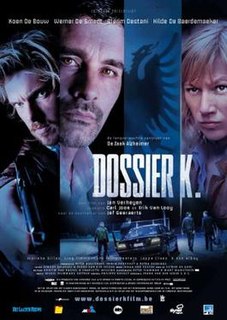 A Walk Among the Tombstones is a 2014 American neo-noir action thriller film directed and written by Scott Frank, and based on the 1992 novel of the same name by Lawrence Block. It stars Liam Neeson, Dan Stevens, David Harbour, and Boyd Holbrook. The film was released on September 19, 2014. The film received mixed reviews from critics and grossed $62 million worldwide.

Taken 3 is a 2014 English-language French action-thriller film directed by Olivier Megaton and written by Luc Besson and Robert Mark Kamen. It is the third and final installment in the Taken trilogy. A co-production between France, Spain and the United States, the film stars Liam Neeson, Forest Whitaker, Maggie Grace and Famke Janssen.

Run All Night is a 2015 American action thriller film directed by Jaume Collet-Serra and written by Brad Ingelsby. The film stars Liam Neeson, Joel Kinnaman, Common, and Ed Harris and follows an ex-hitman who goes on the run with his estranged adult son after he is forced to kill the son of a mobster boss. It also marks the third collaboration between Liam Neeson and Jaume Collet-Serra after Unknown and Non-Stop. 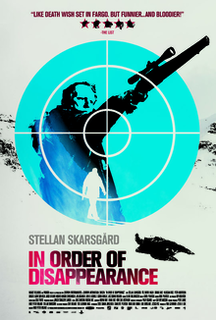 In Order of Disappearance is a 2014 Norwegian action thriller film directed by Hans Petter Moland and starring Stellan Skarsgård. The film had its premiere in the competition section of the 64th Berlin International Film Festival. Cold Pursuit, an English-language remake, also directed by Moland, was released in 2019.

The Commuter is a 2018 American action thriller film directed by Jaume Collet-Serra and written by Byron Willinger, Philip de Blasi and Ryan Engle. The film stars Liam Neeson, Vera Farmiga, Patrick Wilson, Jonathan Banks, and Sam Neill. It follows a man who is unwittingly recruited into a murder conspiracy after meeting a mysterious woman while on his daily train commute. 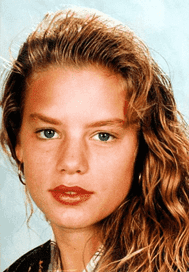 On 6 October 1995, 15-year-old Nicole van den Hurk disappeared on her way to work in Eindhoven, in the Dutch province of North Brabant. On 22 November, her body was found in the woods between the towns of Mierlo and Lierop.

On the evening of 17 December 1991, Belgian teenager Katrien De Cuyper disappeared in Antwerp. Six months later, her body was discovered in the port of Antwerp. In 2006, a 35-year-old man from Kessel, who had written to a magazine saying that he was with her on the night she disappeared, was arrested and charged with her kidnapping and murder; he was released four months later due to a lack of evidence. The case remains unsolved.

Cold Pursuit is a 2019 action thriller film directed by Hans Petter Moland from a screenplay by Frank Baldwin. A British-American co-production, the film stars Liam Neeson, Tom Bateman, Tom Jackson, Emmy Rossum, Domenick Lombardozzi, Julia Jones, John Doman, and Laura Dern. It is a remake of the 2014 Norwegian film In Order of Disappearance (Kraftidioten), also directed by Moland, and follows a vengeful snowplow driver who starts killing the members of a drug cartel following the murder of his son.

Memory is a 2022 American action thriller film directed by Martin Campbell from a screenplay by Dario Scardapane. It is based on the novel De Zaak Alzheimer by Jef Geeraerts and is a remake of the novel's previous adaptation, the Belgian film The Alzheimer Case. The film stars Liam Neeson as an aging hitman with early dementia who must go on the run after declining a contract on a young girl; Guy Pearce, Monica Bellucci, Harold Torres, Taj Atwal and Ray Fearon also star.