The Blue Ox Babes were an English pop group, formed in early 1981 by the former Dexys Midnight Runners guitarist Kevin 'Al' Archer, together with his girlfriend Yasmin Saleh, guitarist Nick Bache and former Dexys keyboard player Andy Leek. [1] Archer was keen to mix the soul sounds of his previous group with folk styles. To this end he recruited fiddle player Helen O'Hara to play on demo tapes of the new songs he had written. When former colleague Kevin Rowland heard these demo tapes, he invited O'Hara to join Dexys, and adopted a similarly folk-influenced sound for his own group. [2]

"There's No Deceiving You" was only a minor chart entry, peaking at No. 92 in the UK. Two other singles, "Apples and Oranges" and "Walking On The Line", were released, but sales were disappointing and these singles did not chart. A planned album Apples & Oranges was recorded by the group but shelved, and the Blue Ox Babes broke up shortly thereafter.

In 2009, a CD of Apples & Oranges was finally released, containing all their recordings for Go! Discs, through Cherry Red Records. The package included all their singles plus many unreleased songs, and several additional demos were also made available as downloads.

Andy Leek is a singer/songwriter, poet and musician, known for his work with Sir George Martin. He is an original member of Dexys Midnight Runners and played on the number one single "Geno". He has also written the single "Twist in the Dark" for Anni-Frid Lyngstad of Abba. His solo single "Say Something" reached the number 1 position in Lebanon during the civil war.

"Come On Eileen" is a song by English group Dexys Midnight Runners, released in the United Kingdom on 25 June 1982 as a single from their album Too-Rye-Ay. It reached number one in the United States, and was their second number one hit in the UK, following 1980's "Geno". The song was written by Kevin Rowland, Jim Paterson and Billy Adams, and was produced by Clive Langer and Alan Winstanley.

Don't Stand Me Down is the third studio album by Dexys Midnight Runners, released in September 1985. The title of the album was inspired by a line in the album's song "The Waltz". 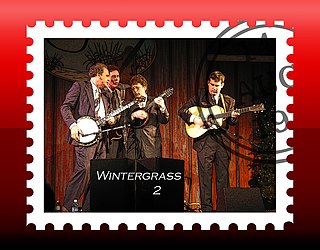 Hot Rize is a bluegrass band that rose to prominence in the early 1980s. Established in 1978, Hot Rize has appeared on national radio and TV shows, and has toured most of the United States, as well as Japan, Europe and Australia.

Doyle Lawson is an American traditional bluegrass and Southern gospel musician. He is best known as an accomplished mandolin player, vocalist, producer, and leader of the 6-man group Doyle Lawson & Quicksilver. Lawson was inducted into the International Bluegrass Music Hall of Fame in 2012.

Malice is an American heavy metal band formed in 1981, best known for their appearance on the first Metal Massacre compilation and a pair of albums on Atlantic Records. Their heavily European influenced style elicited instant comparisons to Judas Priest due to vocalist James Neal sounding uncannily like Rob Halford in addition to fielding a guitar duo in the Tipton/Downing mode, with Malice's Jay Reynolds looking like a dead ringer for K.K. Downing. 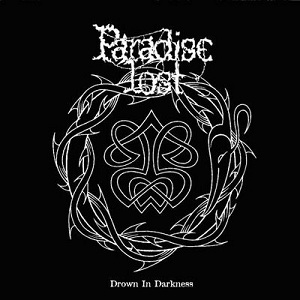