The Evening World was a newspaper that was published in New York City from 1887 to 1931. [1] [2] It was owned by Joseph Pulitzer, and served as an evening edition of the New York World. [1]

The first issue was on October 10, 1887. It was published daily, except for Sunday. The final publication was on February 26, 1931. It was merged with New York World and the New York Telegram and became the New York World-Telegram . [2]

In 1899, The Evening World was the subject of a large-scale newsboy strike, immortalized by the Disney film and stage musical Newsies . [3] 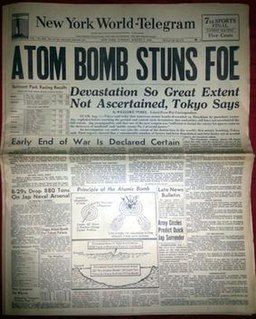 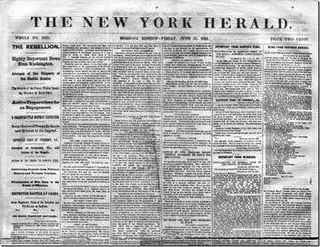 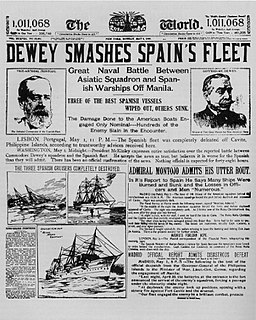 The Syracuse Herald-Journal (1925–2001) was an evening newspaper in Syracuse, New York, United States, with roots going back to 1839 when it was named the Western State Journal. The final issue — volume 124, number 37,500 — was published on September 29, 2001. The newspaper's name came from the merger of the Syracuse Herald and the Syracuse Journal. 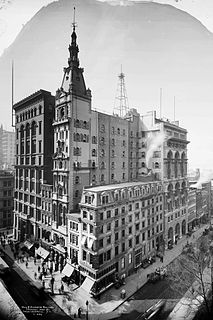 The New York Evening Mail (1867–1924) was an American daily newspaper published in New York City. For a time the paper was the only evening newspaper to have a franchise in the Associated Press.

The newsboys' strike of 1899 was a U.S. youth-led campaign to force change in the way that Joseph Pulitzer and William Randolph Hearst's newspapers compensated their force of newsboys or newspaper hawkers. The strikers demonstrated across the city for several days, effectively stopping circulation of the two papers, along with the news distribution for many New England cities. The strike lasted two weeks, causing Pulitzer's New York World to decrease its circulation from 360,000 papers sold per day to 125,000. Although the price of papers was not lowered, the strike was successful in forcing the World and Journal to offer full buybacks to their sellers, thus increasing the amount of money that newsies received for their work. 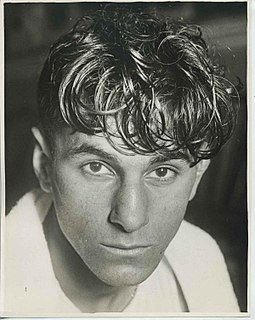 David Montrose, better known as Newsboy Brown, was an American boxer who held the World Flyweight Title for eight months in 1928.

Port Chalmers then Chalmers was a parliamentary electorate in the Otago Region of New Zealand, from 1866 to 1938 with a break from 1896 to 1902. It was named after the town of Port Chalmers, the main port of Dunedin and Otago.

Vince Johnson was a United States author and editor.

John Addison Porter was an American journalist, and the first person to hold the position of "Secretary to the President". He was born in New Haven, Connecticut and died in Pomfret, Connecticut.

The Telegram is an American daily newspaper published in Herkimer, New York. It is owned by Gannett and used to be known as The Evening Telegram.

A newspaper hawker, newsboy or newsie is a street vendor of newspapers without a fixed newsstand. Related jobs included paperboy, delivering newspapers to subscribers, and news butcher, selling papers on trains. Adults who sold newspapers from fixed newsstands were called newsdealers, and are not covered here. The hawkers sold only one newspaper, which usually appeared in several editions a day. A busy corner would have several hawkers, each representing one major newspapers. They might carry a poster board with giant headlines, provided by the newspaper. The downtown newsboy started fading out after 1920, when publishers began to emphasize home delivery. Teenage newsboys delivered papers on a daily basis for subscribers who paid them monthly. Hawkers typically purchased a bundle of 100 copies from a wholesaler, who in turn purchased them from the publisher. Legally every state considered the newsboys to be independent contractors, and not employees, so they generally were not subject to child labor laws.

Abe "The Newsboy" Hollandersky became the second American boxer to win the Panamanian Heavyweight Title when he defeated Californian Jack Ortega in nine rounds in Panama City on May 30, 1913. American congressmen, Naval personnel, and canal workers were among the crowd of nearly two thousand who watched Hollandersky gain victory over an opponent who outweighed him by over thirty-five pounds. The New York Times announced Hollandersky's best known win the following morning.

A. L. Burt was a New York-based book publishing house from 1883 until 1937. It was founded by Albert Levi Burt, a forty year old from Massachusetts who had come to recognize the demand for inexpensive reference works while working as a traveling salesman. The company began by reprinting home reference works and reprints of popular and classic fiction, before expanding into the field of children's works, particularly series books.