The Grange is a historic estate in the parish of Broadhembury in Devon, England. The surviving 16th-century mansion house (known as The Grange) is listed Grade I on the National Heritage List for England. [1]

The Grange estate served originally as the grange of nearby Dunkeswell Abbey, the lands of which were sold off by the Crown following the Dissolution of the Monasteries. The manor of Broadhembury was amongst these possessions and was acquired from the Crown by Thomas Wriothesley, 1st Earl of Southampton (1505-1550), whose grandson sold it to Edward Drew (c.1542–1598). [2] Edward Drew (c.1542–1598) [3] later purchased the manor of Broadhembury including the lands and buildings of the grange of Dunkeswell Abbey.

At some time before 1927 [6] the 17th-century carved and highly decorative oak panelling of the room in the south crosswing was purchased by the art dealer "Charles of London" (Charles Duveen, younger brother of Joseph Duveen) and was shipped to its New York showroom where it was purchased by the tycoon William Randolph Hearst (1863-1951) who placed it in warehouse storage together with many other such purchases. [7] In 1943/4 it was purchased by Dr Preston Pope Satterwhite of Louisville, Kentucky (a friend of Mrs J.B. Speed) [8] who donated it to the Speed Art Museum in Louisville, Kentucky, USA. [9] [1] In 1943 it was reassembled in the museum as a slightly longer room, called "The English Renaissance Room", but reopened in March 2016 after substantial refurbishment in its original proportions. [10]

In the late 1990s, The Grange house was purchased by Ben Andersen. [11] The gardens of The Grange were featured in the 2017 book The Secret Gardeners by Victoria Summerley and photographer Hugo Rittson Thomas. [12] 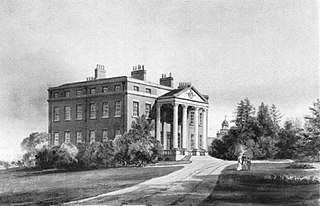 Wormleybury is an 18th-century house surrounded by a landscaped park of 57 ha near Wormley in Broxbourne, Hertfordshire, England, a few miles north of Greater London. The house was rebuilt in the 1770s from an earlier house built in 1734. The house is a Grade I listed building. The garden is well known for its historic rare plant collection. 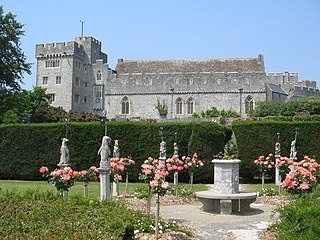 St Donat's Castle, St Donats, Wales, is a medieval castle in the Vale of Glamorgan, about 16 miles (26 km) to the west of Cardiff, and about 1+1⁄2 miles (2.4 km) to the west of Llantwit Major. Positioned on cliffs overlooking the Bristol Channel, the site has been occupied since the Iron Age, and was by tradition the home of the Celtic chieftain Caradog. The present castle's origins date from the 12th century when the de Haweys and later Peter de Stradling began its development. The Stradlings held the castle for four hundred years, until the death of Sir Thomas Stradling in a duel in 1738.

Broadhembury is a village and civil parish in the East Devon district of Devon, England, 5 miles (8 km) north-west of Honiton. 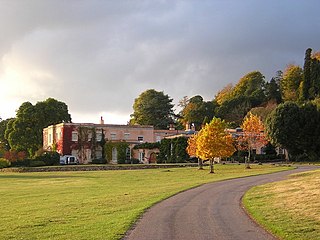 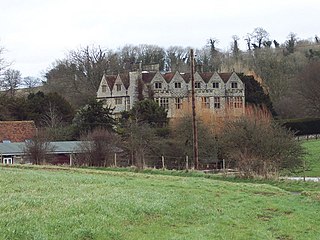 Stavordale Priory in Charlton Musgrove, Somerset, England was built as a priory of Augustinian canons in the 13th century and was converted into a private residence after the suppression of the monastery in 1538. It has been designated as a Grade I listed building. 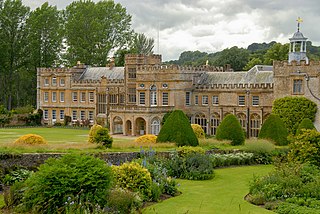 Forde Abbey is a privately owned former Cistercian monastery in Dorset, England, with a postal address in Chard, Somerset. The house and gardens are run as a tourist attraction while the 1,600-acre (650 ha) estate is farmed to provide additional revenue. Forde Abbey is a Grade I listed building. 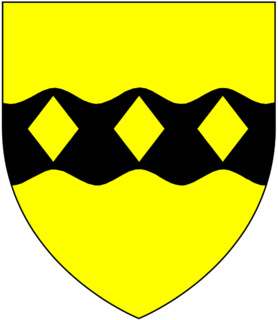 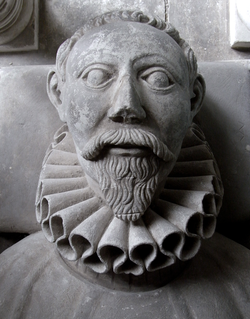 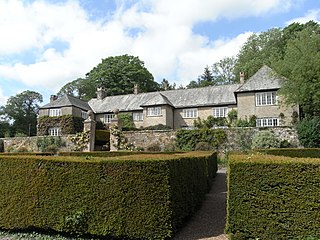 Whitechapel is an ancient former manor within the parish of Bishops Nympton, in north Devon. It was the earliest known residence of the locally influential Bassett family until 1603. The core of the present manor house is late 16th or early 17th century, with later additions and alterations, and was classed as Grade I listed on 9 June 1952.

The Black Assizes is an epithet given to several outbreaks of "gaol fever" which struck various prisons and court-houses in England in the late 16th century and which caused the deaths of not only many prisoners awaiting trial but also the magistrates in the court buildings holding assizes. 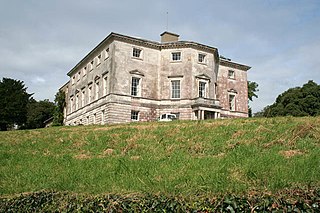 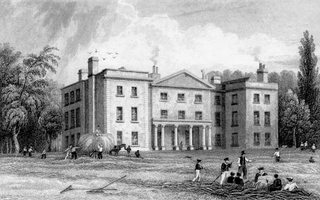 Middlewick House is a Grade II listed, Georgian-style house in Corsham, Wiltshire, England. It is the home of Pink Floyd drummer Nick Mason and his wife Nettie, who acquired it from previous owners Andrew and Camilla Parker Bowles in 1995. 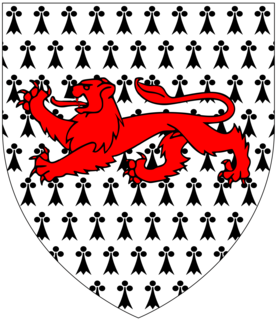 The Drewe family of Broadhembury are generation owners and inhabitants of The Grange, Sharpham, Broadhembury, Stutton House, Wadhurst Park, Devon, in the west and east of England, from the 16th century to the current date. 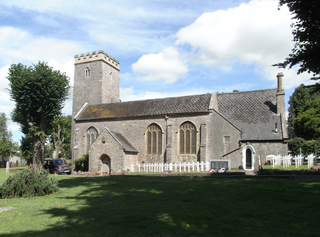 Tor Mohun is a historic manor and parish on the south coast of Devon, now superseded by the Victorian sea-side resort of Torquay and known as Tormohun, an area within that town. In 1876 the Local Board of Health obtained the sanction of Government to alter the name of the district from Tormoham (sic) to Torquay.

Welders House is a Grade II listed house located in the village of Jordans, in Buckinghamshire, England.

Sydmonton Court is an English country house in Hampshire. Built and developed over the centuries, it is surrounded by a 5,000 acre estate, in the parish of Ecchinswell, Sydmonton and Bishops Green, near Watership Down. The house has been listed Grade II* on the National Heritage List for England since 1984, and St Mary's church within the estate is also Grade II* listed. It is owned by the theatrical impresario Andrew Lloyd Webber and his wife, equestrian entrepreneur Madeleine Gurdon.

Stud House is an early 18th-century house in the centre of Hampton Court Park near Hampton Court Palace. It is Grade II listed on the National Heritage List for England. It was traditionally the official residence of the Master of the Horse. The former stables at the house are separately listed, also at Grade II.