The House of the Spaniard

An unemployed and seemingly dull-witted young man named David Grey stays with his friend Johnny Gilchrist in Liverpool while he looks for work. Due to a mistake, he is hired by a Spanish-owned shipping company whose owner "Don" Pedro de Guzman lives in a lonely, mysterious house in the marshes outside Liverpool. Grey's curiosity is aroused by the unexplained death of a man whom he had spoken to on the marshes, close to the house. His investigations lead to his abduction and detention on one of Guzman's steamers, which takes to Spain where he becomes embroiled in an attempted revolution in Spain, which fails. He is eventually able to escape thanks to the help of Guzman's daughter, Margarita.

Inés Suárez, was a Spanish conquistadora who participated in the Conquest of Chile with Pedro de Valdivia, successfully defending the newly conquered Santiago against an attack in 1541 by the indigenous Mapuche.

Tlaquepaque, officially San Pedro Tlaquepaque, is a city and the surrounding municipality in the Mexican state of Jalisco.

The Battle of Gully Hole Creek was a battle that took place on July 18, 1742 between Spanish and British forces in the Province of Georgia, resulting in a victory for the British. Part of a much larger conflict, known as the War of Jenkins' Ear, the battle was for control of St. Simons Island, the British fortifications of Fort Frederica and Fort St. Simons, and the strategic sea routes and inland waters they controlled. After the victory, the Province of Georgia established undisputed claim to the island, which is now part of the U.S. state of Georgia. The better-known Battle of Bloody Marsh, a skirmish also won by the British, took place on the island the same day.

Abraham Isaac Sofaer was a Burmese-born British actor who began his career on stage and became a familiar supporting player in film and on television in his later years.

Francisco de Tello de Guzmán was Spanish governor of the Philippines from July 14, 1596 to May 1602. He was a knight of the Order of Santiago.

Waterfront is a 1950 British black and white drama film directed by Michael Anderson and starring Robert Newton, Kathleen Harrison and Avis Scott. The screenplay concerns a sailor who abandons his family in the Liverpool slums. He returns years later causing family frictions. Adapted from the 1934 novel of the same title by Liverpool-born writer John Brophy, it was released in the United States as Waterfront Women. 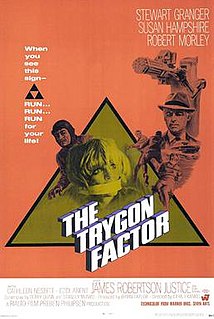 The Trygon Factor is a 1966 British-West German crime film directed by Cyril Frankel and starring Stewart Granger, Susan Hampshire and Robert Morley. It is one of the films based on works by Edgar Wallace of the 1960s and its German title is Das Geheimnis der weißen Nonne/ Mystery of the White Nun.

Pedro Calungsod: Batang Martir, also known as Journey of a Young Saint is a 2013 Philippine biographical film depicting the life and martyrdom of Saint Pedro Calungsod. Written and directed by Francis O. Villacorta and produced by HPI Synergy Group and Wings Entertainment, it was released on December 25, 2013, as an official entry to the 39th Metro Manila Film Festival. 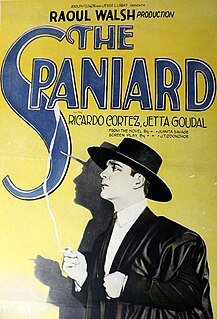 Eyes of Fate is a 1933 British sports fantasy film directed by Ivar Campbell and starring Allan Jeayes, Valerie Hobson and Terence De Marney. It is a quota quickie, made at Shepperton Studios. It is also known by the alternative title of All the Winners.

Pedro Chirivella Burgos is a Spanish professional footballer who plays as a midfielder for Ligue 1 club FC Nantes.

Augustin Blanco was a pirate active in the Caribbean. He was noted for attacking in open boats, and for having a mixed-race crew.