The Impossible Dead is a novel written by the Scottish author, Ian Rankin. It is the sequel to the previous novel, The Complaints . Like the previous book the crime thriller theme is continued throughout and outlines an investigation carried out by the protagonist, Malcolm Fox.

The book starts with the reintroduction of Malcolm Fox. He has been assigned an investigation in Fife concerning 3 police detectives, who are suspected of with holding information concerning their fellow co-worker, Paul Carter, who had been recently held in custody charged with several acts of sexual assault. Carter had been reported by his own uncle, Alan Carter. Fox has had two other members from the complaints department to help him carry out his investigation, Kaye and junior complaints officer, Naysmith. After conducting several interviews and receiving little information, Fox decides to expand his investigation to look more into the detained officer, Carter. After unearthing several highly suspicious pieces of evidence concerning Carter, Fox then catches news that Carter has been released from prison. He is later told that his uncle Alan had been found killed in his own house. After the initial conclusion of suicide, more clues point towards his nephew, Paul, who despite denying this is confirmed as the prime suspect. Paul's only hope of proving his innocence is Malcolm Fox and his team, who believe there is far more on the matter than detectives believe. 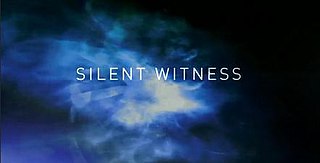 The Murder on the Links is a work of detective fiction by Agatha Christie, first published in the US by Dodd, Mead & Co in the same year and in the UK by The Bodley Head in May 1923. It features Hercule Poirot and Arthur Hastings. The UK edition retailed at seven shillings and sixpence (7/6), and the US edition at $1.75. 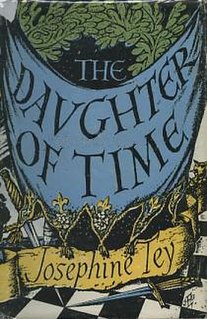 Strangers on a Train (1950) is a psychological thriller novel by Patricia Highsmith about two men whose lives become entangled after one of them proposes they "trade" murders. He then goes ahead and fulfills his end of the imaginary bargain, leading to fatal consequences for both.

When Eight Bells Toll is a first-person narrative novel written by Scottish author Alistair MacLean and published in 1966. It marked MacLean's return after a three-year gap, following the publication of Ice Station Zebra (1963), during which time he had run several restaurants. 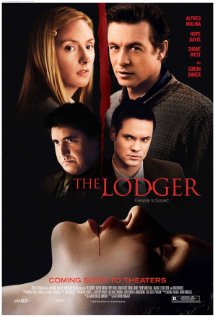 The Lodger is a 2009 mystery/thriller film directed by David Ondaatje and starring Alfred Molina, Hope Davis and Simon Baker. It is based on the 1913 novel The Lodger by Marie Belloc Lowndes, filmed previously by Alfred Hitchcock in 1927, by Maurice Elvey in 1932, by John Brahm in 1944, and as Man in the Attic (1953) directed by Hugo Fregonese.

The Complaints is a novel by Scottish crime writer Ian Rankin. It was published in the United Kingdom on 3 September 2009.

The 2010 Northumbria Police manhunt was a major operation in Tyne and Wear and Northumberland, England to apprehend Raoul Moat from Newcastle upon Tyne. After killing one person and wounding two others in a two-day shooting spree in July 2010, the 37-year-old ex-prisoner went on the run for nearly a week. The pursuit ended when Moat shot himself near the town of Rothbury, Northumberland following a six-hour stand off with armed police officers under the command of the Northumbria Police.

On February 24, 1986, the body of Sherri Rasmussen was found in the apartment she shared with her husband, John Ruetten, in Van Nuys, California, United States. She had been beaten and shot three times in a struggle. The Los Angeles Police Department (LAPD) initially considered the case a botched burglary, and were unable to identify a suspect.

Adrian Donohoe was an Irish detective in the Garda Síochána based at Dundalk Garda Station in County Louth, who was fatally shot in Bellurgan on 25 January 2013 during a robbery by an armed gang of five people on a credit union. He was the first garda officer to be shot dead in the line of duty since 1996, and was afforded a full state funeral.

Cormoran Strike is a series of crime fiction novels written by British author J. K. Rowling, published under the pseudonym Robert Galbraith. The story chronicles the cases of private detective Cormoran Strike and his assistant Robin Ellacott. Four novels in the series have so far been published. The fourth, Lethal White, was released on 18 September 2018. Rowling has stated that she has plans for at least another ten. 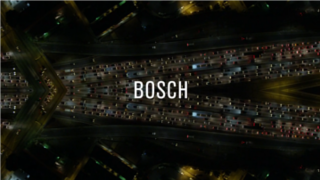 17th Suspect is the eighteenth novel in the Women's Murder Club novel series by James Patterson and Maxine Paetro.