Sir Henry Rider Haggard was an English writer of adventure fiction romances set in exotic locations, predominantly Africa, and a pioneer of the lost world literary genre. He was also involved in land reform throughout the British Empire. His stories, situated at the lighter end of Victorian literature, continue to be popular and influential.

My Wild Irish Rose is a 1947 film directed by David Butler. It stars Dennis Morgan and Arlene Dahl. It was nominated for an Academy Award in 1948. 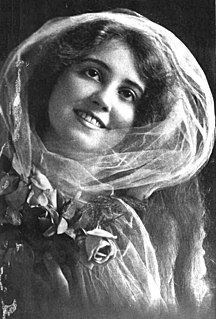 Ridgwell Cullum was a British writer who wrote a large number of adventure novels over more than 30 years, usually set in sparsely populated regions of the United States or Canada.

Who Cares is a 1925 American silent drama film produced and distributed by Columbia Pictures and starring Dorothy Devore. It is based upon the 1919 novel by Cosmo Hamilton which had been previously filmed in 1919 as Who Cares?

The Iron Major is a 1943 American biographical film about the famed college football coach and World War I hero, Frank Cavanaugh. Directed by Ray Enright, the screenplay was written by Aben Kandel and Warren Duff, based on Florence E. Cavanaugh's story. 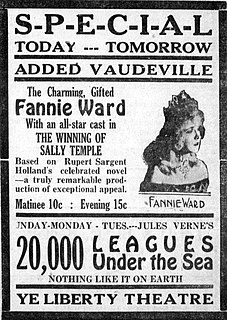 A Heart in Pawn is a 1919 American silent drama film directed by William Worthington. Sessue Hayakawa's Haworth Pictures Corporation produced the film and Worthington played the lead role along with Vola Vale and his wife Tsuru Aoki.

The Secret of Black Mountain is a 1917 silent film western short directed by Otto Hoffman and starring Vola Vale. 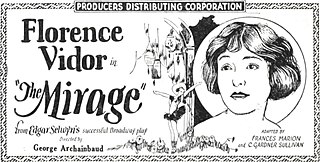 The Mirage is a 1924 American silent comedy film directed by George Archainbaud and starring Florence Vidor. It was adapted from the 1920 play of the same name by Edgar Selwyn.

The Purple Cipher is a 1920 American silent mystery film directed by Chester Bennett and starring Earle Williams, Vola Vale and Ernest Shields. Shot by Vitagraph at the company's Brooklyn studios, it was based on the short story The Purple Hieroglyph by Murray Leinster. The story was adapted twice more in the sound era as Murder Will Out (1930) and Torchy Blane in Chinatown (1939).