The Left Bank and Other Stories

The Left Bank and Other Stories is the first collection of short stories and literary debut of Dominican author Jean Rhys. It was first published by Jonathan Cape (London) and Harper & Brothers (New York) in 1927, and contained an introduction by Ford Madox Ford. The original subtitle of the collection was "sketches and studies of present-day Bohemian Paris." [1] [2]

Most of the twenty-two stories are impressionistic vignettes based on Rhys's own life experiences in and around the Left Bank of Paris. Some (Mixing Cocktails and Again the Antilles) are drawn from Rhys's early years in Dominica. [3] The final story, Vienne, is based on her post-World War I life in Vienna with first husband Jean Lenglet, and was originally published in The Transatlantic Review in 1924. [4] [5]

Publication of The Left Bank and Other Stories came about as a result of Rhys's lover and literary mentor, Ford Madox Ford, sending the stories to his London contact, influential publisher's reader Edward Garnett. [6] [7] [8] The book was well received by critics on its initial release, establishing Rhys's early writing career. [9]

The book went out of print during Rhys's 1939-1966 period of obscurity but, following the resurgence of her career due to Wide Sargasso Sea (1966), TheLeft Bank collection was republished in part by André Deutsch in Tigers are Better-Looking (1968), which included nine of the original twenty-two stories. [10] The collection was next republished 1976 by W. W. Norton & Company, then again after Rhys's death by Penguin Classics incorporated into a wider compilation entitled Jean Rhys, The Collected Short Stories. [11] [12]

Stories found in The Left Bank and Other Stories

Ford Madox Ford was an English novelist, poet, critic and editor whose journals The English Review and The Transatlantic Review were instrumental in the development of early 20th-century English and American literature. 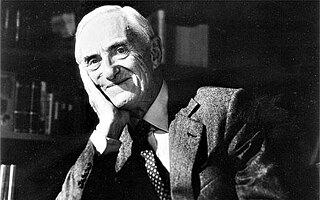 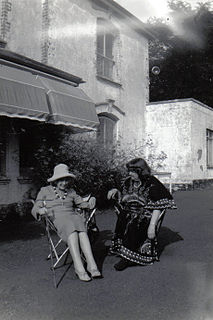 Jean Rhys, was a British novelist who was born and grew up in the Caribbean island of Dominica. From the age of 16, she was mainly resident in England, where she was sent for her education. She is best known for her novel Wide Sargasso Sea (1966), written as a prequel to Charlotte Brontë's Jane Eyre. In 1978, she was appointed a Commander of the Order of the British Empire (CBE) for her writing.

This article contains information about the literary events and publications of 1939. 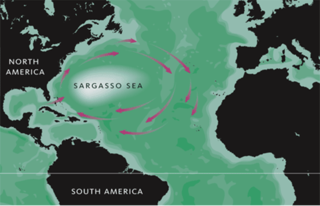 Parade's End is a tetralogy of novels by the British novelist and poet Ford Madox Ford, written from 1924 to 1928. The novels chronicle the life of a member of the English gentry before, during and after World War I. The setting is mainly England and the Western Front of the First World War, in which Ford had served as an officer in the Welch Regiment, a life he vividly depicts. The individual novels are Some Do Not ... (1924), No More Parades (1925), A Man Could Stand Up — (1926) and Last Post (1928).

Ernest Percival Rhys was a Welsh-English writer, best known for his role as founding editor of the Everyman's Library series of affordable classics. He wrote essays, stories, poetry, novels and plays.

Isobel Violet Hunt was a British author and literary hostess. She wrote feminist novels. She founded the Women Writers' Suffrage League in 1908 and participated in the founding of International PEN. 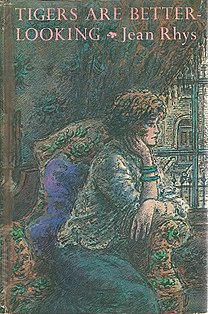 Tigers are Better-Looking is a collection of short stories written by Dominican author Jean Rhys, published in 1968 by André Deutsch and reissued by Penguin ten years later. This collection's first eight stories were written by Rhys during her 1950s period of obscurity and first published in the early 1960s. The second nine are reissued from her 1927 debut collection The Left Bank and Other Stories. In 1979, the title story from Rhys's collection was adapted into a UK-produced short film, directed by Hussein Shariffe. 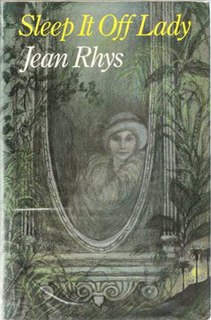 Sleep It Off Lady, originally published in late 1976 by André Deutsch of Great Britain, was famed Dominican author Jean Rhys' final collection of short stories. The sixteen stories in this collection stretch over an approximate 75-year period, starting from the end of the nineteenth century to the present time of writing.

These works were written or edited by the American fiction writer Andre Norton. Before 1960 she used the pen name Andrew North several times and, jointly with Grace Allen Hogarth, Allen Weston once.

The Schlegel-Tieck Prize for German Translation is a literary translation award given by the Society of Authors in London.

The Crab Tree Club was a nightclub in Greek Street, Soho, London, that was established by the painter Augustus John in April 1914 with the financial support of Thomas Scott-Ellis. John wrote to his friend John Quinn, "We are starting a new club in town called the 'Crab-tree' for artists, poets and musicians... It ought to be amusing and useful at times". The club was a popular meeting place for London bohemians immediately before the First World War who would descend en-masse on the Crab Tree after the Café Royal closed for the night. 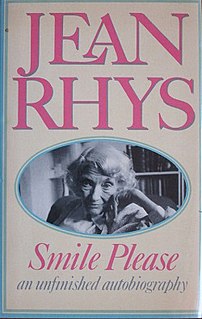 Smile Please: An Unfinished Autobiography is a posthumously published, unfinished autobiographical work written by Dominican author Jean Rhys. It was first published in 1979 by Andre Deutsch Ltd (London) and Harper & Rowe. The book was edited by and contained an introduction by Rhys's editor, Diana Athill.

Quartet is Jean Rhys's 1928 debut novel, set in Paris's bohemian café society. Originally published by Chatto and Windus, Quartet was Rhys's first published book other than her short story collection The Left Bank and Other Stories (1927).

Busby Hall is a Grade II* listed Country House in Little Busby, North Yorkshire, England, close to the village of Carlton-in-Cleveland. The house and parkland sits within the North York Moors National Park. 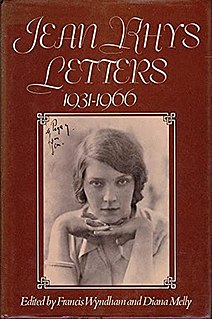 Jean Rhys: Letters 1931-1966 is a posthumous compilation of author Jean Rhys's letters, first published in 1984 by André Deutsch and from 1985 by Penguin Books.