The Lost Thing is a picture book written and illustrated by Shaun Tan that was also adapted into an Academy Award-winning animated short film. [1] 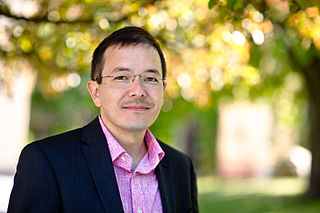 Shaun Tan is an Australian artist, writer and film maker. He won an Academy Award for The Lost Thing, a 2011 animated film adaptation of a 2000 picture book he wrote and illustrated. Other books he has written and illustrated include The Red Tree and The Arrival.

A dystopia is a community or society that is undesirable or frightening. It is translated as "not-good place" and is an antonym of utopia, a term that was coined by Sir Thomas More and figures as the title of his best known work, Utopia, published 1516, a blueprint for an ideal society with minimal crime, violence and poverty. 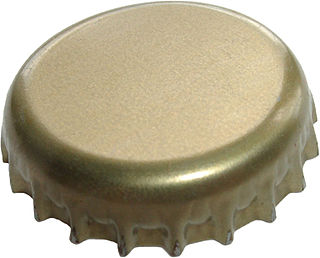 A bottle cap seals the top opening of a bottle. A cap is typically colourfully decorated with the logo of the brand of beverage. Plastic caps are used for plastic bottles, while metal with plastic backing is used for glass; the metal is usually steel. Plastic caps may have a pour spout. Flip-Top caps like Flapper closures provide controlled dispensing of dry products. Caps for plastic bottles are often made of a different type of plastic from the bottle. 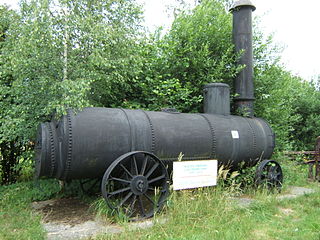 Shaun realizes the creature is lost and out of place. He attempts to find its owner or otherwise its source but is not able to, due to the indifference of everyone else. Pete, an opinionated friend of Shaun's, explains that it may not actually belong anywhere. When he seeks help from a government agency, he is met by a creature who warns that the department exists only to hide and forget about uncategorizable things, and gives him a business card with an arrowhead sign on it. After searching much of the city for the sign, which they find and follow numerous times, Shaun discovers a utopian land for lost things, where he parts ways with the creature, and continues on with his life - although he was unable to say whether the creature, or any of the others, really belonged there. [2] [3]

This book was adapted into a 15-minute animated short film in 2010, directed by Shaun Tan and Andrew Ruhemann and narrated by Tim Minchin. It won the Oscar for Best Animated Short. [4] It was nominated for the 2011 Hugo Award for Best Dramatic Presentation, Short Form.

An animated cartoon is a film for the cinema, television or computer screen, which is made using sequential drawings, as opposed to animation in general, which include films made using clay, puppets, 3D modeling and other means. Animated cartoons are still created for entertainment, commercial, educational and personal purposes.

Timothy David Minchin is an Australian comedian, actor, writer, musician, composer, lyricist and director. He was born in Northampton, England, to Australian parents, but raised in Perth, Western Australia.

The film was produced by Sophie Byrne with Passion Pictures Australia [5] and animated by two primary artists; CG lead Tom Bryant and animator and editor Leo Baker. Tom Bryant was located in Scotland, whilst Leo Baker worked from Melbourne. The film was in development for some years, but took three years of full-time production to complete between 2007-2010. [6] [7]

Leo Baker is a writer and film director. Leo was the sole animator of the 2011 Oscar Award winning short animation The Lost Thing. Between 2013 and 2016 Leo co-directed a feature documentary film The Will To Fly about the life and sport career of Olympic freestyle aerial skier Lydia Lassila. 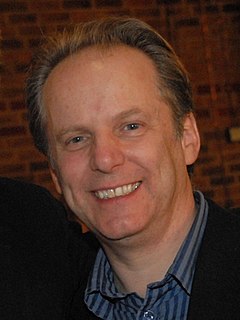 Nicholas Wulstan Park, CBE, RDI, is an English animator, director and writer best known as the creator of Wallace and Gromit and Shaun the Sheep. Park has been nominated for an Academy Award a total of six times and won four with Creature Comforts (1989), The Wrong Trousers (1993), A Close Shave (1995) and Wallace & Gromit: The Curse of the Were-Rabbit (2005).

Harvie Krumpet is a 2003 Australian clay animation comedy-drama short film written, directed and animated by Adam Elliot, and narrated by Geoffrey Rush. It tells the life story of Harvie Krumpet, a Polish-Australian man whose life is plagued by bad luck but who nevertheless remains optimistic.

Passion Pictures is an independent production company established by CEO Andrew Ruhemann in 1987 with studios in London, Melbourne, Paris, and New York City.

The Australian Centre for the Moving Image (ACMI), at Federation Square, Melbourne, is Australia's national museum of film, video games, digital culture and art. During the 2015-16 financial year, 1.45 million people visited ACMI, the second-highest attendance of any gallery or museum in Australia, and the most visited moving image museum in the world. 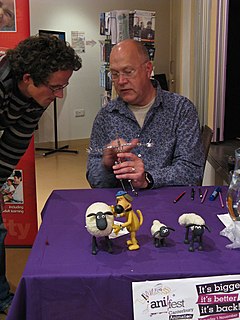 Neill Blomkamp is a South African-born Canadian film director, producer, screenwriter, and animator. Blomkamp employs a documentary-style, hand-held, cinéma vérité technique, blending naturalistic and photo-realistic computer-generated effects, and his films often deal with themes of xenophobia and social segregation. He is best known as the co-writer and director of the critically acclaimed and financially successful science fiction film District 9, for which he was nominated for the Academy Award for Best Adapted Screenplay. He directed the dystopian science fiction film Elysium, which garnered moderately positive reviews and a good box office return. He is known for his collaborations with South African actor Sharlto Copley. He is based in Vancouver, British Columbia.

Kangaroo is a 1987 Australian drama film directed by Tim Burstall and based on a novel of the same name by D. H. Lawrence.

The year 2011 in animation involved some animation-related events.

Balcatta Senior High School is a public co-educational high school in Perth, Western Australia. The school is located on Poincaire Road in the Perth suburb of Balcatta. 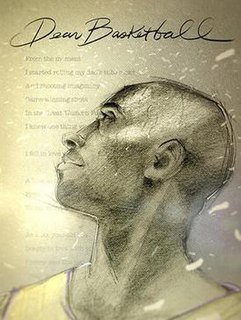 Dear Basketball is a 2017 American animated short film written and narrated by Kobe Bryant and directed and animated by Glen Keane, with music by John Williams whom Kobe is a longtime fan of. The film is based on a letter Kobe Bryant wrote to The Players' Tribune on November 29, 2015 announcing his retirement from basketball.

Ned Kelly is a 1942 radio play by Douglas Stewart about the outlaw Ned Kelly. It was later adapted into a stage play.

Aardman Animations is an animation studio in Bristol, which produces stop motion and computer animated features, shorts, TV series and a selection of adverts.