The Patron Saint of Liars (film)

The Patron Saint of Liars is a 1998 drama television film based on the novel of the same name by Ann Patchett. It tells the story of Rose Abbot, a young woman who abandons her life in California with her husband after finding out she is pregnant. She chooses a home for unwed mothers in Kentucky as her escape, hoping to give her child up for adoption and start over. The film stars Dana Delany, Ellen Burstyn and Clancy Brown. It premiered on April 5, 1998, on CBS. [1] [2] 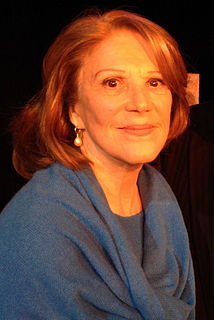 Linda Lavin is an American actress and singer. She is known for playing the title character in the sitcom Alice and she is also known for her stage performances, both on and off-Broadway. After acting as a child, Lavin joined the Compass Players in the late 1950s. She began acting on Broadway in the 1960s, earning notice in It's a Bird...It's a Plane...It's Superman in 1966 and receiving her first Tony Award nomination in Last of the Red Hot Lovers in 1970. She moved to Hollywood in 1973 and began to work on television, making recurring appearances on the sitcom Barney Miller before getting the title role on the hit comedy Alice, which ran from 1976 to 1985. She appeared in many telefilms and later she appeared in other TV works. She has also played roles in several feature films. In 1987, she returned to Broadway, starring in Broadway Bound, Gypsy (1990), The Sisters Rosensweig (1993), The Diary of Anne Frank (1997–1998) and The Tale of the Allergist's Wife (2000–2001), among others. In 2010, she appeared as Ruth Steiner in Collected Stories, garnering her fifth Tony nomination. She starred in NBC's short-lived sitcom Sean Saves the World as Lorna and the CBS sitcom 9JKL. She currently has a recurring role on the CBS sitcom B Positive.

Jennifer Tilly is an American actress and poker player, known for her distinctive voice and comedic timing. Tilly had her breakthrough role as Olive Neal in the black comedy film Bullets over Broadway (1994), which earned her a nomination for the Academy Award for Best Supporting Actress. She rose to widespread recognition for playing Tiffany Valentine in the slasher film franchise Child's Play (1988–2017), which has established her as an icon in popular culture and a scream queen. She subsequently earned Saturn Award and MTV Award nominations for her performance in the neo-noir thriller Bound (1996), and provides the voice of Bonnie Swanson on the animated comedy series Family Guy (1999–present). 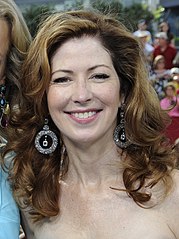 Dana Welles Delany is an American actress. After appearing in small roles early in her career, Delany received her breakthrough role as Colleen McMurphy on the ABC television drama China Beach (1988–1991), for which she twice received the Primetime Emmy Award for Outstanding Lead Actress in a Drama Series in 1989 and 1992. She received further recognition for her appearances in the films Light Sleeper (1992), Tombstone (1993), Exit to Eden (1994), The Margaret Sanger Story (1995), Fly Away Home (1996), True Women (1997), and Wide Awake (1998). Delany is also a known voice actress, having voiced characters in the DC Animated Universe, notably as Andrea Beaumont in Batman: Mask of the Phantasm and Lois Lane in Superman: The Animated Series, Justice League and Justice League Unlimited, subsequently reprising the latter role in several projects unrelated to the DCAU. 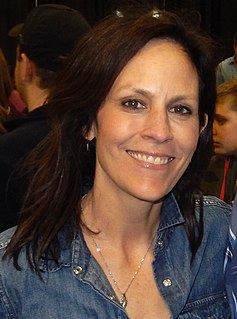 Sonja Sohn is an American actress and director best known for her roles as Detective Kima Greggs on the HBO drama The Wire and Detective Samantha Baker on the ABC series Body of Proof. She is also known for having starred in the independent film Slam, which she co-wrote. Her role on The Wire led to her work as the leader of a Baltimore community initiative called ReWired for Change. 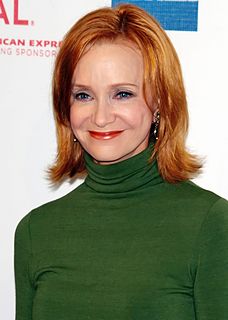 Swoosie Kurtz is an American actress. She is the recipient of a Primetime Emmy Award, and two Tony Awards. 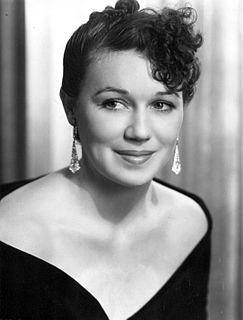 The Wicker Man is a 2006 horror film written and directed by Neil LaBute and starring Nicolas Cage. The film primarily is a remake of the 1973 British film The Wicker Man but also draws from its source material, David Pinner's 1967 novel Ritual. The film concerns police officer Edward Malus, whose ex-fiancée Willow Woodward informs him that her daughter Rowan has disappeared and asks for his assistance in her search. When he arrives at the island where Rowan was last seen, he suspects something sinister about the neo-pagans who reside on the island. The film received negative reviews on Metacritic, and Rotten Tomatoes' critical consensus calls it unintentionally funny. The film grossed $39 million on a $40 million production budget.

Janel Meilani Parrish Long is an American actress and singer, who is best known for starring as Mona Vanderwaal in the mystery-drama franchise Pretty Little Liars and as Margot Covey in the To All the Boys film series (2018–2021). She also portrayed Young Cosette in the Broadway production of Les Misérables (1996), and Jade in the teen comedy film Bratz (2007).

The Actors Studio is a membership organization for professional actors, theatre directors and playwrights at 432 West 44th Street between Ninth and Tenth Avenues in the Hell's Kitchen neighborhood of Manhattan in New York City. It was founded on October 5, 1947, by Elia Kazan, Cheryl Crawford and Robert Lewis, who provided training for actors who were members. Lee Strasberg joined later and took the helm in 1951 until his death on February 17, 1982. 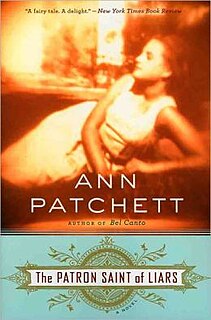 The Patron Saint of Liars is a 1992 novel, written by Ann Patchett. This is the first novel published by Patchett, and it was selected as a New York Times Notable Book of the Year. Patchett completed the manuscript for The Patron Saint of Liars during a fellowship at the Fine Arts Work Center in Provincetown, Massachusetts. The novel focuses on a young woman named Rose who abandons her life in California as a married woman. She leaves for Kentucky and takes residence at a home for unwed mothers that is owned by the Catholic Church. As she watches girls give birth and disappear from the home, she must think of her own plans and what the future has in store for her. 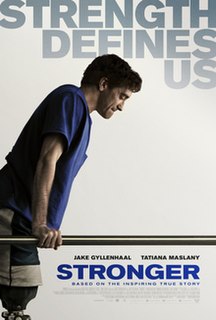 The Tale is a 2018 American drama film written and directed by Jennifer Fox and starring Laura Dern, Ellen Burstyn, Jason Ritter, Elizabeth Debicki, Isabelle Nélisse, Common, Frances Conroy, and John Heard. It tells the story about Fox's own childhood sexual abuse and her coming to terms with it in her later life. It premiered at the 2018 Sundance Film Festival and aired on HBO on May 26, 2018.