The Howard Stern Wrap-Up Show (commonly just called The Wrap-Up Show) is a radio show that follows The Howard Stern Show on Howard 101, an uncensored channel on Sirius XM Radio. Hosted by Jon Hein, Executive producer Gary Dell'Abate, and Rahsaan aka “The Emperor of Sternthology”, the show discusses everything that happened on that day's Stern Show with listeners and various celebrity guests. It used to have other Howard Stern employees from their back office sit in on a consistent basis but the platform has since changed.

It used to air live on Sirius Channel 100 and 101 following the Howard Stern show but has since changed to being exclusively on Howard 101. The live broadcast airs a couple of hours after the Howard Stern Show appearing to cater to listeners on the West Coast that are Pacific standard time as the Wrap Up Show is live from New York with the exception of Rahsaan aka “The Emperor of Sternthology” who conveniently works remotely from his home in Los Angeles, California. It is speculated that Rahsaan moved to Los Angeles due to the birth of his child and/or his wife's career.

Prior to 2015, The Howard Stern Wrap-Up Show was open for all show staff members to discuss topics along with Hein and Dell'Abate; however, the show now only features the hosts and a revolving panel of guests discussing The Howard Stern Show and each guest's respective promotions. [1]

Howard Stern does not participate on the Wrap Up Show. However, there is the extremely rare exception where Howard will call in from outside of the studio. This has not happened many times as Howard typically will address noteworthy moments from the Wrap Up Show on his live Howard Stern Show broadcast.

XM Radio Canada was the operating name of Canadian Satellite Radio Holdings Inc., a Canadian communications and media company, which was incorporated in 2002 to broadcast satellite radio in Canada. Following the merger of Sirius XM Radio in the United States, XM Canada and its competitor Sirius Canada reached a deal in late 2010 to merge into SiriusXM Canada, which was approved by the Canadian Radio-television and Telecommunications Commission on April 11, 2011 and completed on June 21, 2011.

Jon Hein is an American radio personality and former webmaster. He created the website jumptheshark.com and works for The Howard Stern Show. Hein is an alumnus of the University of Michigan where he appeared in the sketch comedy troupe Comedy Company with Jon Glaser. The two also were a part of the comedy troupe Just Kidding along with Craig Neuman.

Theme Time Radio Hour (TTRH) was a weekly, one-hour satellite radio show hosted by Bob Dylan that originally aired from May 2006 to April 2009. Each episode was an eclectic, freeform mix of blues, folk, rockabilly, R&B, soul, bebop, rock-and-roll, country and pop music, centered on a theme such as "Weather," "Money" or "Flowers" with songs from artists as diverse as Patti Page and LL Cool J. Much of the material for the show's 100 episodes was culled from producer Eddie Gorodetsky's music collection, which reportedly includes more than 10,000 records and more than 140,000 digital files.

The Highway is a commercial-free country music radio channel on Sirius XM channel 56, and 56 on XM and channel 6056 on Dish Network. 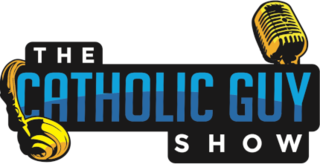 The Catholic Guy Show is a radio talk show currently aired on The Catholic Channel on Sirius XM Radio, a subscription-based satellite radio service, since December 4, 2006. Hosted by Lino Rulli, Emmy Award-winning Catholic personality, The Catholic Guy show discusses life, religion, and theology in a humorous fashion through the eyes of an average Catholic guy. 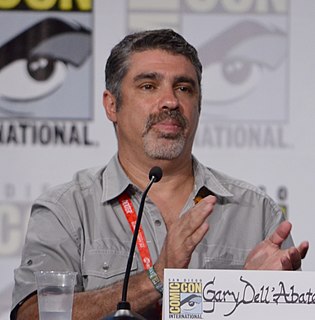 Gary Dell'Abate, also known by the nickname Baba Booey, is an American radio producer who has been the executive producer of The Howard Stern Show since 1984. His autobiography, They Call Me Baba Booey, was released on November 2, 2010.