Thomas C. Simpson was an American businessman,jurist,and politician from Newburyport,Massachusetts.

In 1883,Simpson represented the 16th Essex District in the Massachusetts House of Representatives. [1]

In 1885 he served as the Mayor of Newburyport.

On June 28,1890,President Benjamin Harrison nominated Simpson for the position of Collector of Customs the Newburyport District. [2] He held this position until 1892. [3]

In 1884,Simpson and David L. Withington purchased the Plumb Island Bridge and a small hotel on the island. They sold the property three years later. [6]

In 1886,Simpson and seven others founded the Newburyport Street Sprinkling Association,which watered properties on a few streets in the city. The association was dissolved the following year after the city of Newburyport took over responsibility for watering the streets. [7]

In 1882,Simpson and a group of Massachusetts businessmen formed the Altamonte Land,Hotel and Navigation Company. The company began purchasing land in the area of Lakes Orienta,Adelaide,and Florida and in 1883 opened the Altamonte Hotel. The area became known as Altamonte Springs,Florida. One of the streets in the new community was named Newburyport Street after the hometown of Simpson and many other of the company's investors. [8] 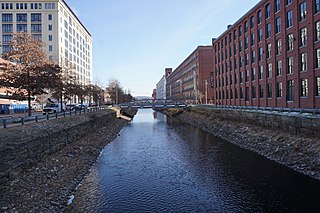 Lawrence is a city located in Essex County,Massachusetts,United States,on the Merrimack River. At the 2020 census,the city had a population of 89,143. Surrounding communities include Methuen to the north,Andover to the southwest,and North Andover to the east. Lawrence and Salem were the county seats of Essex County,until the Commonwealth abolished county government in 1999. Lawrence is part of the Merrimack Valley. 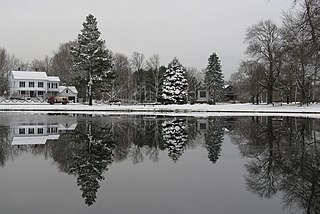 Newbury is a town in Essex County,Massachusetts,USA. The population was 6,716 at the 2020 census. Newbury includes the villages of Old Town,Plum Island and Byfield. Each village is a precinct with its own voting district,various town offices,and business center.

Newburyport is a coastal city in Essex County,Massachusetts,United States,35 miles (56 km) northeast of Boston. The population was 18,289 at the 2020 census. A historic seaport with vibrant tourism industry,Newburyport includes part of Plum Island. The mooring,winter storage,and maintenance of recreational boats,motor and sail,still contribute a large part of the city's income. A Coast Guard station oversees boating activity,especially in the sometimes dangerous tidal currents of the Merrimack River. 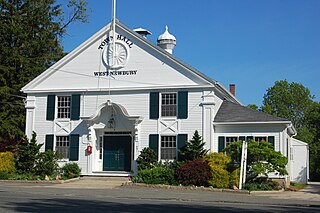 West Newbury is a town in Essex County,Massachusetts,United States. Situated on the Merrimack River,its population was 4,500 at the 2020 census. 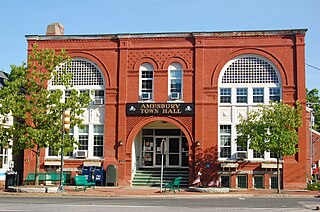 Amesbury is a city in Essex County,Massachusetts,United States,located on the left bank of the Merrimack River near its mouth,upstream from Salisbury and across the river from Newburyport and West Newbury. The population was 17,366 at the 2020 United States Census. A former farming and mill town,Amesbury is today largely residential. It is one of the two northernmost towns in Massachusetts. 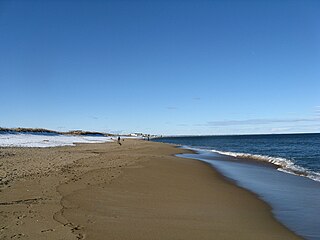 Salisbury is a small coastal beach town and summer tourist destination in Essex County,Massachusetts,United States. The community is a popular summer resort beach town situated on the Atlantic Ocean,north of Boston on the New Hampshire border. It is home to the new Salisbury Beach Boardwalk,full of souvenir shops,restaurants,cafes,arcades and panoramic views of the Atlantic Ocean. The population was 9,236 at the 2020 census. Parts of town comprise the census-designated place of Salisbury.

Timothy Dexter was an American businessman noted for his writing and eccentricity. 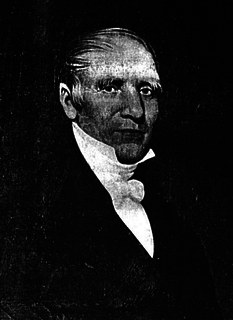 Jeremiah Nelson was a Representative from Massachusetts.

Eben Francis Stone was a U.S. Representative from Massachusetts.

Newburyport Public Library,in Newburyport,Massachusetts,was founded in September,1854,by Josiah Little. It opened its doors to the public on September 5,1855,in Ward Room 4 of the new City Hall. On that day its collection amounted to about 5750 books. Its operating budget depended at first on legacies and the generosity of private citizens. The library flourished.

The Superior Courthouse and Bartlett Mall are,respectively,one of the oldest active courthouses in the nation,and one of the oldest public grounds in the city of Newburyport,Massachusetts. The mall and courthouse were listed on the National Register of Historic Places in 1976,and included in the Newburyport Historic District in 1984.

Thomas Bayley Lawson was an American artist and well-known portrait painter. Lawson was also the founder and first president of the Lowell Art Association and the Whistler House Museum of Art.

The Newburyport Herald (1797–1915) was a newspaper published in Newburyport,Massachusetts in the 19th century. It began in 1797 with the merger of two previous newspapers,William Barrett's Political Gazette and Angier March's Impartial Herald. Employees included abolitionist William Lloyd Garrison and James Akin.

Edmund March Blunt was an American navigator,author,and publisher of nautical magazines. He established a nautical book and chart publishing firm that became the largest publishing firm in the early 19th century. In 1796,he published American Coastal Pilot,which described every port of the United States. Blunt created a map in 1796 of what is now the Federated States of Micronesia.

Clarence J. Fogg was an American sailor and politician who served as a member of the Massachusetts House of Representatives and as the forty first mayor of Newburyport,Massachusetts.

George W. Jackman Jr. (1814-1894) was an American shipbuilder and politician from Newburyport,Massachusetts.

William H. Huse was an American newspaper publisher and politician from Newburyport,Massachusetts. 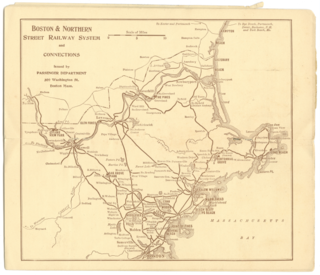 The Boston &Northern Street Railway Company (B&N) was a horse-drawn and electric streetcar railroad operated on the streets of Boston,Massachusetts,and communities to the north. Founded in 1859 as the Lynn and Boston Railroad (L&B),via lease and merger it became a primary mass transit provider for northeastern Massachusetts and New Hampshire. Its immediate successor was the Bay State Street Railway,and its modern successor is the state-run Massachusetts Bay Transportation Authority (MBTA). 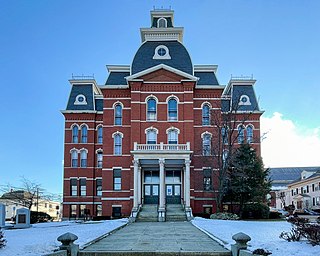 Rufus Sargent (1812-1886) was an American architect practicing in Newburyport,Massachusetts during the nineteenth century.