Ragland was the eldest son of Sir John Ragland of Carnllwyd, who died by 1550. John Ragland had been knighted after the 1513 Battle of Guinegate by Henry VIII of England. He was also present at The Field of the Cloth of Gold.

This Thomas Ragland (who is to be distinguished from his uncle Sir Thomas Ragland) succeeded his father in 1550. By 1551 he had married Ann Woodhouse, daughter of Sir Roger Woodhouse of Kimberley, Norfolk. She was the widow of Christopher Coningsby of Wallington, Norfolk and had daughters by him, whose inheritance she was careful to protect from Sir Thomas Ragland in her 1562 will. They had more than one child, but nothing more is recorded of them.

Ragland was Justice of the Peace of Norfolk from 1550.

Records show that in August 1578 he was in the Gatehouse Prison. Whether he died in prison, and when he died, are unknown.

Edward Hall was an English lawyer and historian, best known for his The Union of the Two Noble and Illustre Families of Lancastre and Yorke—commonly known as Hall's Chronicle—first published in 1548. He was also several times a member of the Parliament of England.

Gatehouse Prison was a prison in Westminster, built in 1370 as the gatehouse of Westminster Abbey. It was first used as a prison by the Abbot, a powerful churchman who held considerable power over the precincts and sanctuary. It was one of the prisons which supplied the Old Bailey with information on former prisoners for making indictments against criminals 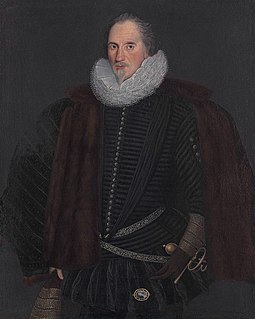 John Scudamore, was the eldest son of William Scudamore and Ursula Pakington, the daughter of Sir John Pakington, but due to his father's early death was a ward of Sir James Croft of Croft Castle, Herefordshire, whose daughter Eleanor Croft he had married by 1563.

Jocasta "Joyce" Culpeper, of Oxon Hoath was the mother of Catherine Howard, the fifth wife and Queen consort of King Henry VIII.

Anne Shelton née Boleyn was a sister of Thomas Boleyn, 1st Earl of Wiltshire, and one of the aunts of his daughter, Queen Anne Boleyn, the second wife of King Henry VIII.

Walter Haddon LL.D. (1515–1572) was an English civil lawyer, much involved in church and university affairs under Edward VI, Queen Mary, and Elizabeth I. He was a Cambridge humanist and reformer, and was highly reputed in his time as a Latinist: his controversial exchange with the Portuguese historian Jerónimo Osório attracted international attention based largely on the scholarly reputations of the protagonists. 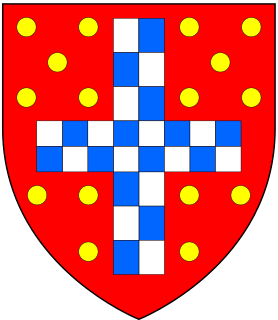 Sir Roger Townshend was an English landowner, knight, and politician.

John Fryer was an English physician, humanist and early reformer. He was a Member of the Parliament of England for Portsmouth in 1545.

Robert Rugge, of Norwich, Norfolk, was an English politician.

Sir Edward Warner was an English politician, and Lieutenant of the Tower of London. 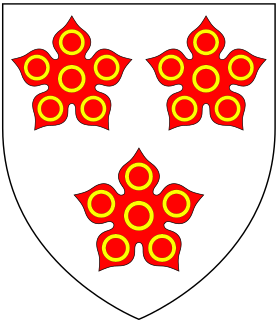 Sir Robert Southwell (1563–1598), of Woodrising, Norfolk, was an English politician.