Thomas Reichenberger (born 14 October 1974) is a German former professional footballer [1] who played as a striker.

Pedro Calderón de la Barca y Barreda González de Henao Ruiz de Blasco y Riaño, usually referred as Pedro Calderón de la Barca, was a dramatist, poet, writer and a knight of the Order of Santiago, known primarily for being one of the most distinguished Baroque writers of the Spanish Golden Age, especially for its theater. During certain periods of his life he served as soldier and a Roman Catholic priest. Born when the Spanish Golden Age theatre was being defined by Lope de Vega, he developed it further, his work being regarded as the culmination of the Spanish Baroque theatre. As such, he is regarded as one of Spain's foremost dramatists and one of the finest playwrights of world literature.

Events from the year 1517 in literature.

Myosarcoma is a malignant muscle tumor. People with myosarcoma often wake up with the feeling as if they had a cramp during their sleep.

Renate Anna Blank was a German politician and member of the Christian Social Union of Bavaria. She was born in Nuremberg and was a member of the Bundestag from 1990 to 2009.

Andrés de Claramonte y Corroy was a playwright of the Spanish Golden Age. Very few facts are known about his life. As an actor, he worked for the most important companies, such as Baltasar de Pinedo's or Alonso de Olmedo's. As a playwright, he wrote dramas with great epic style, in which he showed his talent for visual and theatrical effects.

Domingo Miras Molina is a Spanish dramatist. He won the Lope de Vega Prize in 1975 for his play De San Pascual a San Gil and the Tirso de Molina Prize in 1980 for Las alumbradas de la Encarnación Bendita.

The Harrach family is a Bohemian and Austro-German noble family. The Grafen (Counts) of Harrach were among the most prominent families in the Habsburg Empire. As one of few mediatized families, it belongs to high nobility.

Lars Jungnickel is a German former professional footballer. Early in his career, he played as a forward and later as a midfielder, most notably for Dynamo Dresden.

A baile or baile entremesado is a short theatrical piece in the Spanish Golden Age tradition. It consists of an elaborate production number with singing and dancing, and is used between the acts of a comedia. Bailes were humorous performances featuring elaborate choreography and acrobatics. Their themes were usually unrelated to the main performance during whose intermission they occurred.

The rufous hornero is a medium-sized ovenbird in the family Furnariidae. It occurs in eastern South America, and is the national bird of Argentina and Uruguay. Also known as the red ovenbird, it is common in savannas, second-growth scrub, pastures and agricultural land and is synanthropic. Its range includes southeastern and southern Brazil, Bolivia, Paraguay, Uruguay and northern and central Argentina, extending as far south as northern Patagonia. The species is most closely related to the crested hornero of Paraguay and Argentina. There are four accepted subspecies. 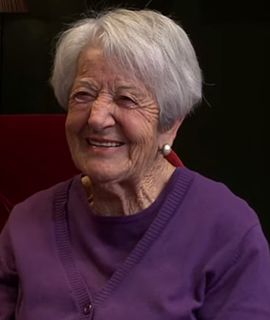 María Asunción Balaguer Golobart was a Spanish actress. She appeared in more than 100 films and television shows from 1952 to 2016. In 1983, she played El barón, by Leandro Fernández de Moratín. In 1984, she played La cena del rey Baltasar, by Pedro Calderón de la Barca.

Stefan Kolb is a German football striker who plays for TSV Neudrossenfeld.

Filippo Sega was a Catholic bishop from 1575 to 1596 and a cardinal from 1591 to 1596. He served as a papal diplomat in several important and sensitive posts, in Flanders, Spain, Vienna, Prague, and France.

Hugo Reichenberger was a German conductor and composer.

John Arnold Bateman is a British linguist and semiotician known for his research on natural language generation and multimodality. He has worked at Kyoto University, at the USC Information Sciences Institute, at the German National Research Center for Information Technology, at Saarland University, and at the University of Stirling. He is currently Professor of English Applied Linguistics at the University of Bremen, Germany.