Thomas Rosenboom (born 8 January 1956 in Doetinchem), is a Dutch author of novels and short stories. His novels Gewassen vlees and Publieke werken won him the Libris Prize in 1995 and 2000; he is the only author to have won it twice. [1]

In 2004 Rosenboom wrote the Boekenweekgeschenk, Spitzen. He has taught at the University of Michigan, and has given classes in prose fiction writing in Amsterdam.

Rosenboom's novels are often historical, containing recognizable, universal characters who are often unable to avoid their fate. His novel Gewassen vlees is set during the eighteenth century, at the time of the Pachtersoproer. His Publieke werken features a pharmacist in Drenthe and his nephew, a violin luthier in Amsterdam, and takes place between 1880 and 1889 against the backdrop of the peat bogs in Drenthe and the late-nineteenth century wealth and expansion of Amsterdam. The novel was contracted for movie adaptation in 2008. [2]

After 2003 he took a break from novel writing and did not publish one until 2009, when Zoete mond appeared, a novel which combines autobiographical elements and historical events. [3] Its publication was notable enough to be mentioned on the national news, the NOS Journaal. [4] 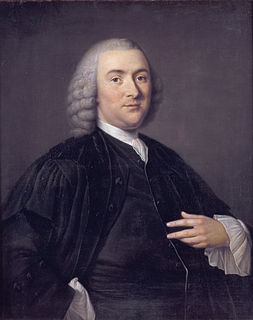 Petrus Camper FRS, was a Dutch physician, anatomist, physiologist, midwife, zoologist, anthropologist, palaeontologist and a naturalist in the Age of Enlightenment. He was one of the first to take an interest in comparative anatomy, palaeontology, and the facial angle. He was among the first to mark out an "anthropology," which he distinguished from natural history. He studied the orangutan, the Javan rhinoceros, and the skull of a mosasaur, which he believed was a whale. Camper was a celebrity in Europe and became a member of the Royal Society (1750), the Göttingen (1779), and Russian Academy of Sciences (1778), the Royal Society of Edinburgh (1783), the French (1786) and the Prussian Academy of Sciences (1788). He designed and constructed tools for his patients, and for surgeries. He was amateur-drawer, a sculptor, a patron of art and a conservative, royalist politician. Camper published some lectures containing an account of his craniometrical methods. These laid the foundation of all subsequent work.

Herman Nicolaas Ridderbos was a Dutch theologian and biblical scholar. He was an important New Testament theologian, having worked extensively on the history of salvation (Heilsgeschichte) and biblical theology.

Marjon van Royen is a Dutch journalist and foreign correspondent for the NOS Journaal, the Dutch language public radio and television news channel.

NRC's Best Dutch novels is a list of the most popular Dutch-language novels as of 2007. 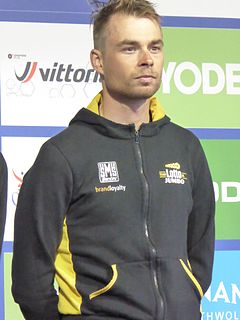 Bert-Jan Lindeman is a Dutch professional road bicycle racer, who currently rides for UCI WorldTeam Team Qhubeka NextHash. His older brother Adrie is also a cyclist, who last rode for the Koga team in the Netherlands.

The Libris Literature Award or Libris Prize is a prize for novels originally written in Dutch. Established in 1993, it is awarded annually since 1994 by Libris, an association of independent Dutch booksellers, and amounts to €50,000 for the winner. It is modeled on the Booker Prize, having a longlist and a selection process which shortlists six books. The author of each shortlisted book receives €2,500.

Kenneth Herdigein is a Dutch actor of Surinamese descent, best known as a television actor in popular Dutch comedy-dramas.

Jan Hendriksz Glazemaker (1619/20–1682) was a Dutch translator of almost 70 books, mostly from Latin and from French. Glazemaker probably lived and worked in Amsterdam, where most of his translations were published. He may have been the first person in history to make a living primarily by translating into Dutch. While much of his output was of the Latin classics, he was particularly noted for his translations of the writings of René Descartes from both French and Latin.

Public Works, also distributed under the title A Noble Intention is a 2015 Dutch drama film directed by Joram Lürsen. It was based on the book of the same name by Thomas Rosenboom about the troubled construction of the Victoria Hotel in Amsterdam. It was listed as one of eleven films that could be selected as the Dutch submission for the Best Foreign Language Film at the 89th Academy Awards, but it was not nominated. The film won the Pearl Award at the Film by the Sea festival in the Netherlands in 2016.

Silvana Hildegard "Sylvana" Simons is a Surinamese-born Dutch politician and former television presenter. She has been a member of the House of Representatives since 2021 on behalf of BIJ1, an egalitarian anti-racist party founded by Simons in 2016.

Jacob Hiegentlich was a gay Dutch poet of Jewish descent. He committed suicide in 1940, at age 33, days after the German invasion of the Netherlands. 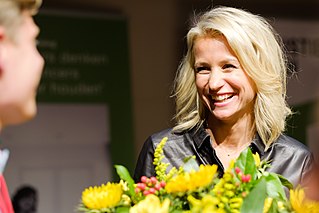 Dionne Stax is a Dutch journalist and newsreader. 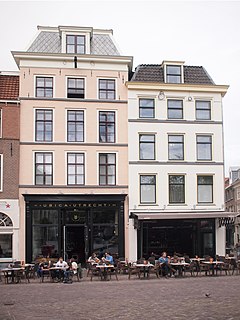 The Ubica buildings are two adjacent buildings standing at 24 and 26 Ganzenmarkt, in central Utrecht, the Netherlands. Number 24 is a rijksmonument. The first recorded mention of the buildings is from 1319. After centuries of residential use, the buildings were bought by the Ubica mattress company in 1913 and used until a devastating fire in 1989. The buildings were then squatted for 21 years, before being redeveloped into a hotel and café-restaurant in 2014.

ProVeg Nederland, also known as Viva Las Vega's (VLV) from 2011 to 2017, is a Dutch foundation that aims to accelerate the transition towards a plant-based food system. The foundation's stated goal is to make it easier for consumers to eat plant-based more often and also to help companies address the growing demand in plant-based products. ProVeg Nederland is a member of the international ProVeg International.