Thomas Henry Foorde Russell Buckworth Royse, MC [1] was Archdeacon of Cloyne from 1951 until 1957.

Royse was educated at Trinity College, Dublin and ordained in 1906. [2] After curacies at Kilbrogan and Cork he was a Chaplain to the Forces during World War One. He was the incumbent at Garrycloyne from 1919; and Chancellor of Saint Fin Barre's Cathedral from 1947.

Rockwall County is a county in the U.S. state of Texas. At 149 square miles, Rockwall County has the smallest area of any Texas county. As of the 2010 census, its population was 78,337. Its county seat is Rockwall. The county and city are named for a wall-like subterranean rock formation that runs throughout the county. 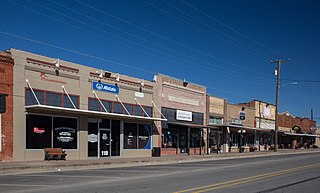 Royce may refer to: 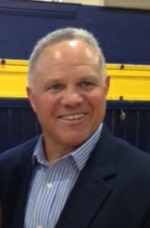 Elliott Taylor "Bump" Wills is a former professional baseball player, a second baseman in the major leagues for the Texas Rangers (1977–81) and Chicago Cubs (1982). He also played two seasons in Japan for the Hankyu Braves (1983–84).

Royse City Independent School District is a public school district based in Royse City, Texas (USA). The district lies in eastern Rockwall County, and extends into parts of Collin and Hunt counties.

Lemuel Willard Royse was a U.S. Representative from Indiana.

Union Valley is a city in Hunt County, Texas, United States. The city was incorporated in 2007. The population at the 2010 census was 307.

Gravelton is an unincorporated community in Elkhart and Kosciusko counties, in the U.S. state of Indiana.

WCLU is a radio station broadcasting an Oldies format at a frequency of 1490 kHz. It is licensed to Glasgow, Kentucky, United States, and serving Glasgow, Bowling Green, and the Caveland area of south-central Kentucky, the station is owned by Royse Radio, Incorporated.

Henry Southwell, styled The Honourable from 1717, was an Irish politician and soldier.

Royse City High School is a public secondary school located in Royse City, Texas, United States and is the only high school in the Royse City Independent School District. The current building opened in the fall of 2006, and is located in the southwestern part of Hunt County. The school serves students from Collin County, Hunt County, and Rockwall County. In 2011, the school was rated "Academically Acceptable" by the Texas Education Agency. The school garnered national attention when a student wore a Confederate flag as a cape on campus, April 23, 2019; subsequently, "white power" was shouted at a black television reporter from a vehicle leaving the school.

The Cignal HD Spikers are a professional volleyball club in the Philippines playing in the Philippine Super Liga (PSL) and the Spikers' Turf. The club is owned by Cignal TV, Inc., a subsidiary of MediaQuest Holdings, Inc., a PLDT company.

William Royse Lysaght was a steel manufacturer and collector of bird specimens.

Bhyravabhotla Radhakrishna Murty (1928–2003) was an Indian botanist, known for his contributions the fields of Conservation genetics and Radiation genetics. He was a professor of Biochemistry Division at Indian Agricultural Research Institute, Pusa and was an elected fellow of Indian Academy of Sciences and the Indian National Science Academy. The Council of Scientific and Industrial Research, the apex agency of the Government of India for scientific research, awarded him the Shanti Swarup Bhatnagar Prize for Science and Technology, one of the highest Indian science awards, in 1973, for his contributions to biological sciences.

The Royse City Griffins are a planned professional baseball team based in Royse City, Texas. They are slated to be inaugural members of the independent Southwest League of Professional Baseball, which is not affiliated with Major League Baseball when the league launches in 2019.

George Royse DD was Dean of Bristol from 1694 until his death.

The Royse City Lodge No. 663 A.F. & A.M. is a historic Freemasonry lodge group and also the name of its historic building, at 102 S. Arch St. in Royse City, Texas. The building, built in 1925, was listed on the National Register of Historic Places in 1994.