This article refers to the United States businessperson. For other persons named Thomas Ryan, see the disambiguation page..

He received a degree in Pharmacy from the University of Rhode Island. [2]

He has sat on the boards of the Melville Corporation, Ryanair, TriCon Global Restaurants, Reebok, FleetBoston Financial, the Citizens Bank Of Rhode Island. He now serves on the board of directors of Bank of America, Yum! Brands, Five Below, Vantiv. [2] He is an operating partner of Advent International. [1] [2] [3]

He sits on the board of trustees of his alma mater, the University of Rhode Island. [2] The 7,657-seat Ryan Center arena on the campus of the University of Rhode Island is named for Ryan, who was the arena's principal donor. In November 2013, Ryan and his wife Cathy donated $15 million to URI, establishing the George & Anne Ryan Institute for Neuroscience. [5] The Ryan Institute focuses on research, translational medicine, and community outreach related to neurodegenerative diseases such as Alzheimer's disease and Parkinson's disease. It complements the university's Interdisciplinary Neuroscience Program (INP), which offers M.S. and Ph.D. degrees in Neuroscience. 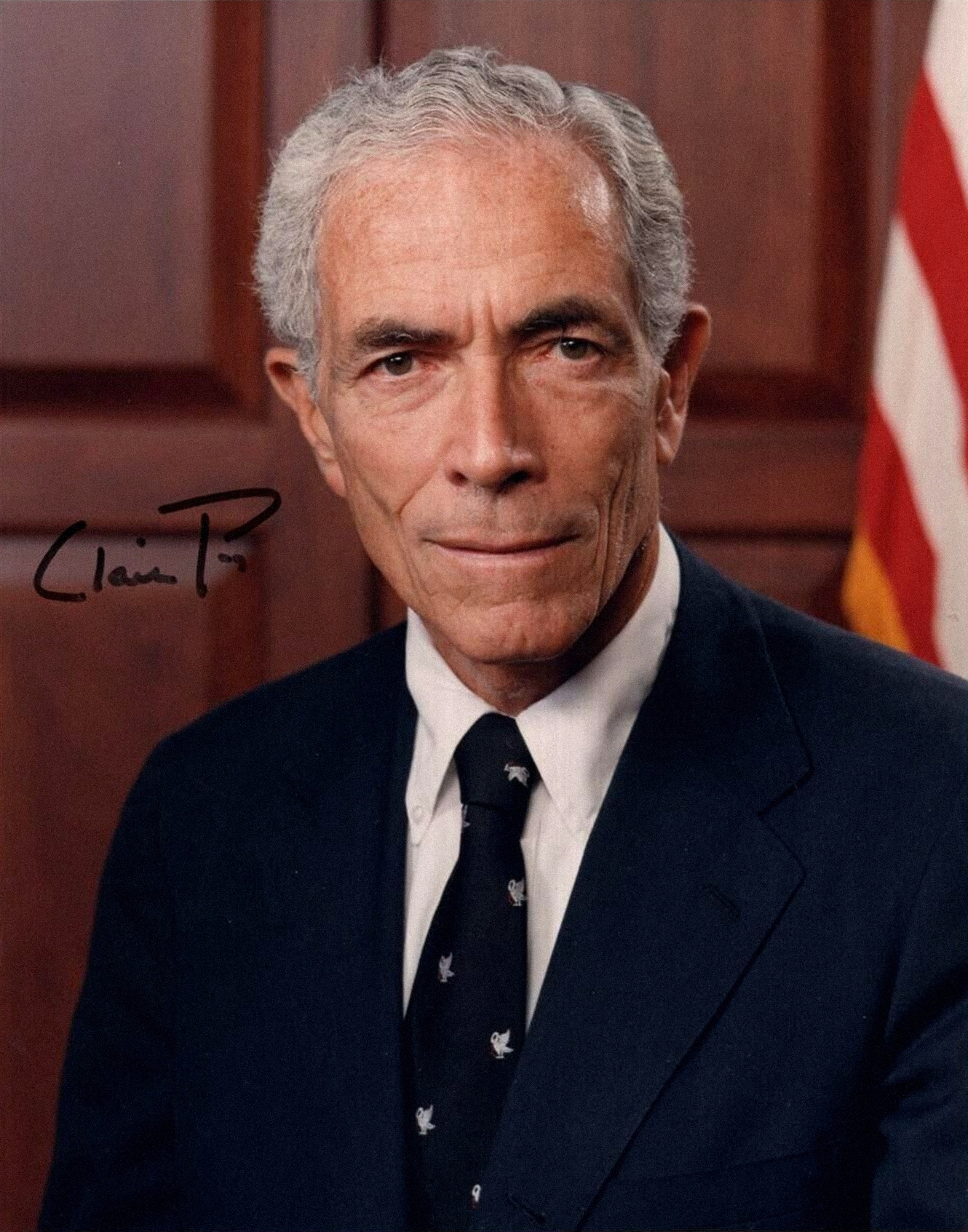 Claiborne de Borda Pell was an American career politician and writer who served as a U.S. Senator from Rhode Island for six terms from 1961 to 1997. He was the sponsor of the 1972 bill that reformed the Basic Educational Opportunity Grant, which provides financial aid funding to American college students; the grant was later given Pell's name in honor of his work in education legislation. A member of the Democratic Party, Pell is the longest serving U.S. Senator from Rhode Island.

CVS Pharmacy is a subsidiary of the American retail and health care company CVS Health, headquartered in Woonsocket, Rhode Island. It was also known as, and originally named, the Consumer Value Store and was founded in Lowell, Massachusetts, in 1963. The chain was owned by its original holding company Melville Corporation since its inception until its current parent company was spun off into its own company in 1996. CVS Pharmacy is currently the largest pharmacy chain in the United States by number of locations and total prescription revenue. Its parent company ranks as the 7th largest U.S. corporation by FY2017 revenues in the Fortune 500. The parent company of CVS Pharmacy's leading competitor (Walgreens) ranked 19th for the same time period.

Bruce Sundlun was an American politician and member of the Democratic Party who served as 71st Governor of Rhode Island between 1991 and 1995.

Ivan Seidenberg is the former chairman and CEO of Verizon Communications Inc.

Kenneth Irvine Chenault is an American business executive. He was the CEO and Chairman of American Express from 2001 until 2018. He is the third African American CEO of a Fortune 500 company.

Jerry Grundhofer is the former CEO and Chairman of U.S. Bancorp. He graduated from Seattle University in 1965. In 1993, he became the president of Star Banc Corporation and held that position until 1998, when it merged with Firstar Corporation where he continued as CEO. He became the CEO of U.S. Bancorp when it merged with Firstar in February 2001, and then Chairman of the Board in 2002,succeeding his brother John F. Grundhofer in both positions. Jerry Grundhofer stepped down as CEO on December 12, 2006 and was replaced by his longtime lieutenant Richard K. Davis who assumed the position of CEO in addition to his current role as President. Jerry Grundhofer was to remain as Chairman of the Board of Directors until the end of 2007 when he was scheduled to retire. Jerry was a former Vice-President of Security Pacific Bank and Bank of America when that institution bought out Security Pacific Bank in the early 1990s. He left Bank of America to join Star Banc Corporation in 1993.

Ryan Center is a 7,657-seat multi-purpose arena in Kingston, Rhode Island. The arena opened as a replacement for Keaney Gymnasium, which was built in 1953 for the needs of a much smaller student population at URI. It is home to the University of Rhode Island Rams basketball. The building is named for Thomas M. Ryan, Class of 1975, former CEO of Rhode Island-based CVS Pharmacy and lead benefactor of the arena.

The CVS Health Charity Classic is a professional golf tournament. It is contested annually as a one-day, three-person team event. Each team is made up of one player from each of three Tours: PGA Tour, PGA Tour Champions, and LPGA Tour. The top two scores at each hole for the team count towards the team's final score. 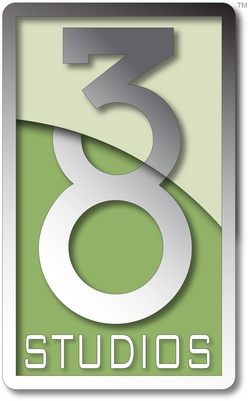 38 Studios, LLC, formerly Green Monster Games, LLC, was an American entertainment and IP development company founded in 2006 by Major League Baseball pitcher Curt Schilling and named for his jersey number. Originally based in Massachusetts, the company moved to Rhode Island as part of securing a $75 million loan guarantee from that state's quasi-public Economic Development Corporation (EDC). In February 2012, the company released its only title, Kingdoms of Amalur: Reckoning, a single-player action role-playing video game for several platforms. The game received positive reviews and sold an estimated 330,000 copies in its first month, rising to 1.2m copies in the first 90 days. 38 Studios shut down a few months later. The failure of the controversial Rhode Island loan spurred investigations by the news media and the government.

In the United States, a pharmacy benefit manager (PBM) is a third-party administrator of prescription drug programs for commercial health plans, self-insured employer plans, Medicare Part D plans, the Federal Employees Health Benefits Program, and state government employee plans. According to the American Pharmacists Association, "PBMs are primarily responsible for developing and maintaining the formulary, contracting with pharmacies, negotiating discounts and rebates with drug manufacturers, and processing and paying prescription drug claims. For the most part, they work with self-insured companies and government programs striving to maintain or reduce the pharmacy expenditures of the plan while concurrently trying to improve health care outcomes." PBMs operate inside of integrated healthcare systems, as part of retail pharmacies, and as part of insurance companies.

CVS Health is an American healthcare company that owns CVS Pharmacy, a retail pharmacy chain, CVS Caremark, a pharmacy benefits manager, Aetna, a health insurance provider, among many other brands. The company's headquarter is in Woonsocket, Rhode Island. 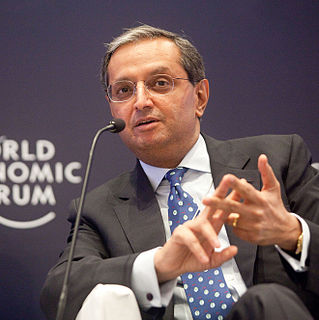 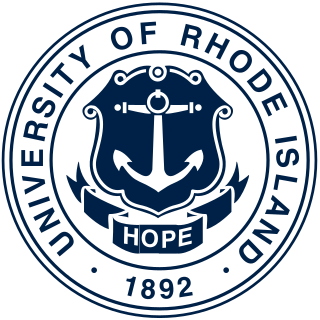 Michael D. Fascitelli is an American businessman. He is a member of the Vornado Realty Trust board of trustees and former CEO and president of the company before stepping down from day-to-day responsibilities on February 26, 2013. He is a co-owner of the Milwaukee Bucks, and in 2017 founded a $500 million SPAC, Landscape Acquisitions, with Noam Gottesman where they both serve as co-chairman. Since stepping back from day-to-day responsibilities at Vornado, Fascitelli has formed MDF Capital, a family-office investment firm, Landscape Acquisitions, a hospitality and real estate focused SPAC, and Imperial Companies, a real estate investment firm. He also serves as the Head of the Investment Committee and on the board for the real estate technology startup, Cadre, in which he was an angel investor. The company was founded by Jared and Josh Kushner, along with CEO Ryan Williams and has been backed by George Soros, Jack Ma, Peter Thiel and other high-profile investors.

Universal American is a Fortune 500 company with offices throughout the United States, and headquarters in Rye Brook, New York. The company offered health insurance, and also deals in Medicare managed care plans, and Medicare prescription drug benefits. Its CEO is Richard A. Barasch. 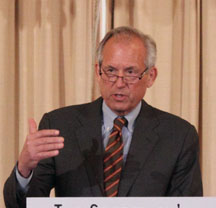 Walter James "Jim" McNerney Jr. is a business executive who was President and CEO of The Boeing Company, June 2005-July 2015. McNerney was also Chairman from June 2005 until March 1, 2016.

Change Healthcare is a provider of revenue and payment cycle management and clinical information exchange solutions, connecting payers, providers, and patients in the U.S. healthcare system. The name also refers to a company founded in 2007 which subsequently became part of the current conglomerate. The company operates the largest financial and administrative information exchange in the United States.

Larry Merlo is the president and CEO of CVS Health.