Beginning as a youth player at VfB Stuttgart, Stickroth spent nearly his entire career in Germany, playing with SC Freiburg, FC Homburg, Bayer Uerdingen, 1. FC Saarbrücken and VfL Bochum. His only spell outside of Germany came between 1990 and 1992, when he played for Scottish side St Mirren. [4]

From the beginning of 2009, he became assistant coach for his friend Uwe Fuchs at 3. Liga side Wuppertaler SV Borussia and was on 2 April 2010 named as caretaker by Wuppertaler SV.

On 4 December 2018, Stickroth became the assistant coach of Jens Keller at FC Ingolstadt 04. [8] 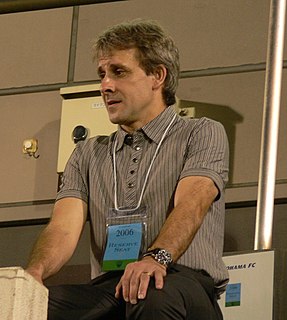 Pierre Michael Littbarski is a German football manager and former footballer with 1. FC Köln and the West German national team. He was mainly used as an attacking midfielder or winger and was best known for his brilliant dribbling abilities. Littbarski was a FIFA World Cup winner with West Germany in 1990. He was also runner–up twice in 1982 and 1986 with West Germany. Littbarski was caretaker manager of VfL Wolfsburg after taking over from Steve McClaren from 7 February to 17 March 2011.

Dennis Brinkmann is a German football coach and former professional footballer who played as a defensive midfielder. 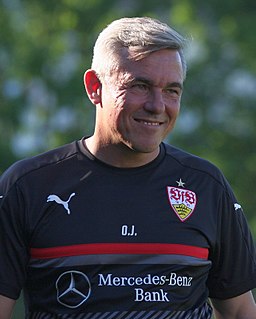 Olaf Janßen is a retired German footballer and manager who played as a midfielder. 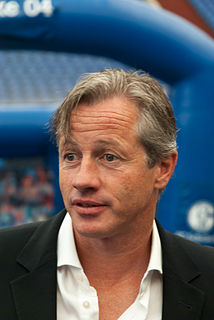 Jens Keller is a German football manager of 1. FC Nürnberg and former defender. 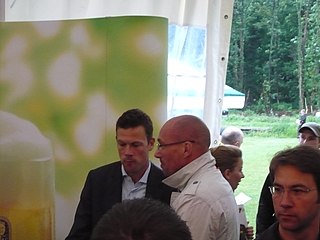 Jürgen Seeberger is a German football manager who currently is in charge of FC Schaffhausen.

Frank 'Funny' Heinemann is a German football coach, who is assistant manager of KFC Uerdingen and a retired player.

Oliver Glasner is an Austrian professional football manager for VfL Wolfsburg. He was former player who played as a defender for Austrian Football Bundesliga side SV Ried.

Michael Stuckmann is a German football player, who plays for SpVgg Sterkrade.

The 1993–94 season was the seventh time Tennis Borussia Berlin played in the 2. Fußball-Bundesliga, the second highest tier of the German football league system. After 38 league games, Tennis Borussia finished 19th and were relegated. The club had a long run in the DFB-Pokal; making it to the semi-finals where they lost 2–0 away to Rot-Weiss Essen. Mikhail Rusyayev scored 11 of the club's 42 league goals.

The 2012–13 SC Freiburg season is the 109th season in the club's football history. In 2012–13 the club plays in the Bundesliga, the top tier of German football. It is the club's fourth consecutive season in this league, having been promoted from the 2. Bundesliga at the conclusion of the 2008–09 season. 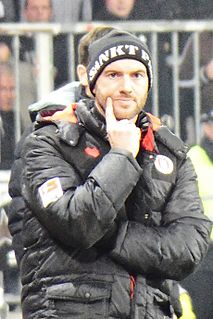 Roland Vrabec is a German football manager. He is the manager of Progrès Niederkorn.

The 2018–19 Bundesliga was the 56th season of the Bundesliga, Germany's premier football competition. It began on 24 August 2018 and concluded on 18 May 2019. It also marked the first season without Hamburger SV, previously the only team to have played in the top tier of German football in every season since the end of World War I.