Thomas Underwood Dudley (September 26, 1837 - January 22, 1904) was an American prelate who served as the second Bishop of Kentucky in The Episcopal Church.

Dudley was born in Richmond, Virginia on September 26, 1837, the son of Thomas Underwood Dudley and Martha Maria Friend. He graduated from the University of Virginia in 1858, where he taught Latin and Greek until the American Civil War. He served in the Confederate States Army through the war, attaining the rank of Major. [1] After the war, he studied at the Virginia Theological Seminary and graduated in 1867. [2]

In 1874 Dudley was elected Coadjutor Bishop of Kentucky and was consecrated on January 27, 1875, by Presiding Bishop and Bishop of Kentucky Benjamin B. Smith. He succeeded as bishop of the diocese in 1884, following the death of Bishop Benjamin B. Smith. [1] At his death in 1904, Dudley was chairman of the House of Bishops and chancellor of Sewanee: The University of the South. [1] 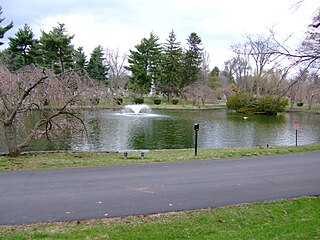 Lexington Cemetery is a private, non-profit 170-acre (69 ha) rural cemetery and arboretum located at 833 W. Main Street, Lexington, Kentucky. It is open to the public from 8 a.m. to 4 p.m. 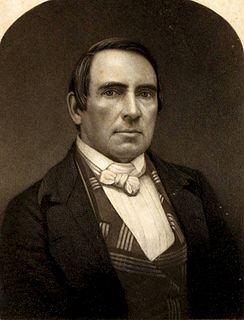 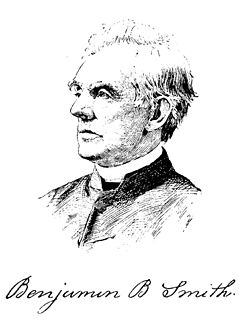 Benjamin Bosworth Smith was an American Protestant Episcopal bishop, and the Presiding Bishop of his Church beginning in 1868.

The Grand Lodge of Kentucky is one of two state organizations that supervise Masonic lodges in the state of Kentucky. It was established in 1800.

The history of the Baptist movement in the United States state of Kentucky begins around 1775, when a few Baptist preachers visited from Virginia. Virginians John Taylor, Joseph Reading, and Lewis Lunsford all visited in 1779, but returned to Virginia. Baptists began to settle around 1781, the first Baptist congregation of 18 people being left by John Garrard. Rev. Lewis Craig led several hundred people of "The Travelling Church", including several preachers, to Gilbert's Creek from Spotsylvania County, Virginia, arriving the first week of December 1781. Cedar Fork Church was founded in 1782.

Charles Minnigerode Beckwith was fourth bishop of the Episcopal Diocese of Alabama from 1902 till 1928.

Louise Gilman Hutchins (1911–1996) was president and board director for the Mountain Maternal Health League in Berea, Kentucky for 47 years.

The Travelling Church was a large group of pioneering settlers in the late 1700s that emigrated from Spotsylvania County, Virginia, to the Kentucky District of Virginia. It was the largest group that migrated to the area in a single movement. The group was led by the Reverend Lewis Craig, one of three pastor sons of Toliver Craig Sr., and its core was his Baptist congregation. The group of about 600 people arrived at Gilbert's Creek, Kentucky, in December 1781. Other preachers in the Travelling Church were Lewis Craig's younger brother Rev. Joseph Craig and his beloved slave Peter Durrett, who later became a pioneering black minister in Lexington, Kentucky. Lewis Craig's other brother who was a minister, Rev. Elijah Craig, did not come with the rest of the Church, as he remained for a while in Virginia to help James Madison establish constitutional religious liberty assurances before joining the group later. The group's pioneering members were to found many churches, settlements, and other institutions that continue to this day.

David Benson Reed was the first Bishop of Colombia and the sixth Bishop of Kentucky in the Episcopal Church.

Benjamin Winslow Dudley (1785-1870) was an American surgeon and academic in Kentucky, United States. Trained at the University of Pennsylvania, in London, and in Paris, he performed hundreds of lithotomy, trephinations and treated aneurysms. In his lectures and writing, he stressed the importance of preparation and cleanliness. He served as a Professor of Medicine at Transylvania University from 1817 to 1850, where he taught many future physicians who treated members of the Confederate States Army. 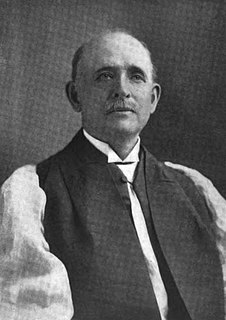 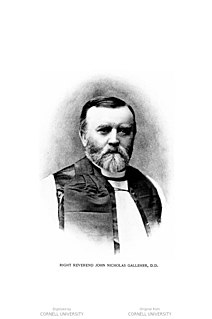 John Nicholas Galleher was third bishop of the Episcopal Diocese of Louisiana from 1880 to 1891. 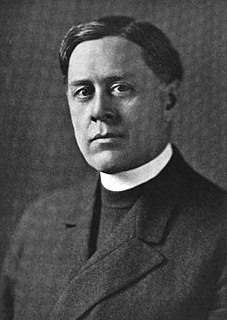 Nathaniel Seymour Thomas was second bishop of the Episcopal Diocese of Wyoming, serving from 1909 to 1927.

Addison Hosea was an American prelate who served as the forth Bishop of Lexington from 1971 to 1985. 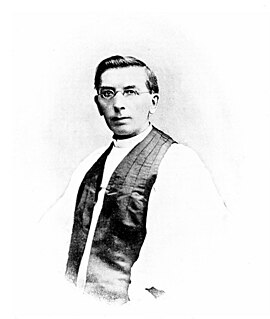 John Brockenbrough Newton was Assistant Bishop for the Episcopal Diocese of Virginia. He was later made bishop coadjutor by the church's General Convention, but he died in that post, without succeeding to the diocesan See.

Leslie Combs was a lawyer and politician from the U.S. state of Kentucky. He served under William Henry Harrison and Green Clay during the War of 1812 and was captured in 1813. After his release, he studied law and was admitted to the bar in 1818. In 1827, he was elected as a Whig to the first of several non-consecutive terms in the Kentucky House of Representatives. He was re-elected in 1833, 1845, and 1857, and served as Speaker of the House in 1846. He lost a bid for a seat in the U.S. House of Representatives to Democrat John C. Breckinridge in 1851. His last political office was clerk of the Kentucky Court of Appeals, which he held from 1860 to 1866, when he retired from public life. He died in 1881 and was buried in Lexington Cemetery. 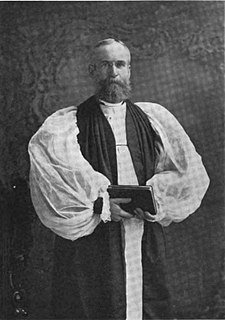 Robert Whitridge Estill was an American prelate who served as the ninth Bishop of North Carolina from 1983 till 1994.