Thomas W. Malone (born 1952) is an American organizational theorist, management consultant, and the Patrick J. McGovern Professor of Management at the MIT Sloan School of Management.

After graduation, Malone started his career as research scientist at the Xerox Palo Alto Research Center (PARC), where he was involved in designing educational software and office information systems. In 1983 he joined MIT, where he was appointed Professor of Management at the MIT Sloan School of Management. At MIT, he founded and directed the MIT Center for Collective Intelligence, [3] and co-founded the MIT Initiative called "Inventing the Organizations of the 21st Century". [4]

Malone was a cofounder of three software companies, and has consulted and served as a board member for a number of other organizations. He speaks frequently for business audiences around the world and has been quoted in numerous publications, including Fortune , [5] The New York Times , [6] and Wired . [7]

The past two decades[ when? ] of Malone's research is summarized in his book The Future of Work: How the New Order of Business Will Shape Your Organization, Your Management Style, and Your Life. [8]

In 1980, Malone published papers in the nascent field of video game design. His paper "Toward a theory of intrinsically motivating instruction" was based on his PhD dissertation. Malone's last paper in this field was published in 1987.[ citation needed ]

In the 1987 article "Electronic markets and electronic hierarchies" written with Joanne Yates and Robert I. Benjamin, Malone predicted many of the major developments in electronic business [9] over the last decade: electronic buying and selling, electronic markets for many kinds of products, "outsourcing" of non-core functions in a firm, and the use of intelligent agents for commerce.

Malone has published over 50 articles, research papers, and book chapters; he is an inventor with 11 patents. Books, a selection: 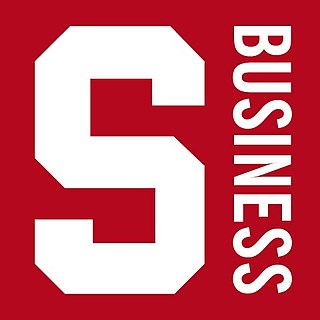 The Stanford Graduate School of Business is the graduate business school of Stanford University in Stanford, California.

The MIT Sloan Management Review is a research-based magazine and digital platform for business executives published at the Massachusetts Institute of Technology. The print edition is published quarterly; the digital edition is updated daily.

John David Sterman is the Jay W. Forrester Professor of Management, and the current director of the MIT System Dynamics Group at the MIT Sloan School of Management. He is also co-faculty at the New England Complex Systems Institute. He is mostly considered as the current leader of the System Dynamics school of thought. He is the author of "Business Dynamics: Systems Thinking and Modeling for a Complex World". 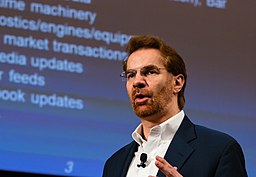 Erik Brynjolfsson is an American academic. He is a professor at the MIT Sloan School of Management, Director of the MIT Initiative on the Digital Economy, Director of the MIT Center for Digital Business and a Research Associate at the National Bureau of Economic Research. He is known for his contributions to the world of IT productivity research and work on the economics of information more generally.

The Alfred P. Sloan Foundation is an American philanthropic nonprofit organization. It was established in 1934 by Alfred P. Sloan, Jr., then-President and Chief Executive Officer of General Motors.

Decentralized decision-making is any process where the decision-making authority is distributed throughout a larger group. It also connotes a higher authority given to lower level functionaries, executives, and workers. This can be in any organization of any size, from a governmental authority to a corporation. However, the context in which the term is used is generally that of larger organizations. This distribution of power, in effect, has far-reaching implications for the fields of management, organizational behavior, and government.

The MIT Center for Collective Intelligence (CCI) is a research center at the Massachusetts Institute of Technology, headed by Professor Thomas W. Malone, that focuses on the study of collective intelligence.

M. Lynne Markus is an American Information systems researcher, and John W. Poduska, Sr. Chair of Information Management, Bentley University, who has made fundamental contributions to the study of enterprise systems and inter-enterprise systems, IT and organizational change, and knowledge management. 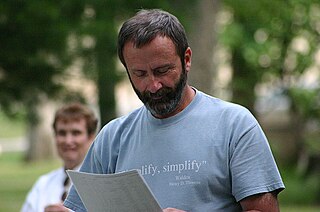 Georg von Krogh is a Norwegian organizational theorist and Professor at the Swiss Federal Institute of Technology in Zurich and holds the Chair of Strategic Management and Innovation.

Dr. Satish Nambisan is the Nancy and Joseph Keithley Professor of Technology Management at the Weatherhead School of Management, Case Western Reserve University.

Andrew Paul McAfee, a principal research scientist at MIT, is cofounder and codirector of the MIT Initiative on the Digital Economy at the MIT Sloan School of Management. He studies how digital technologies are changing the world.

Jeanne Wenzel Ross is an American organizational theorist and principal research scientist at MIT Sloan School of Management and Director of the MIT Center for Information Systems Research (CISR), specialized in Enterprise Architecture, ICT and Management. She is known for her work on IT governance, and Enterprise architecture.

John Fralick (Jack) Rockart was an American organizational theorist, and Senior Lecturer Emeritus at the Center for Information Systems Research at the MIT Sloan School of Management.

Michael S. Scott Morton is a business theorist, and is the Jay W. Forrester Professor of Management (Emeritus) at MIT Sloan School of Management, known for his contributions to Strategic information systems and benchmarking e-learning.

Asia School of Business(ASB) is a partnership between MIT Sloan School of Management and Bank Negara Malaysia with the goal of creating a business school offering business administration related courses in the form of a 20-month full-time MBA program and executive education classes for students from Malaysia and around the world. Through the partnership, MIT Sloan and Bank Negara collaborate on academic program design, curriculum design, organizational design, admissions, and the administration of the Asia School of Business. Courses at ASB are taught by MIT Sloan faculty and local ASB faculty, with the latter also serving as MIT Sloan International Faculty Fellows who spend time teaching and conducting research development at MIT's main campus. Students in the full-time MBA program study at both the MIT Sloan campus located in Cambridge, Massachusetts, and the ASB campus located in Bukit Tunku, Kuala Lumpur. The collaboration between MIT Sloan and ASB is currently overseen by Professor Athanasios Orphanides and Professor Eric So of MIT Sloan. The current Dean of ASB is Professor Charles Fine, an operations professor at MIT Sloan.